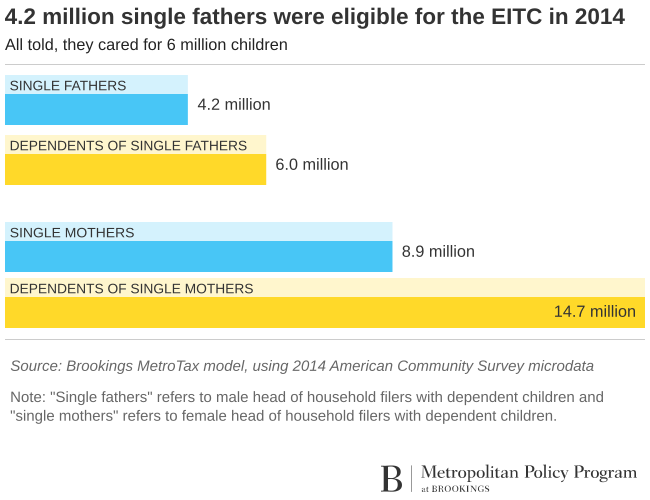 The Earned Income Tax Credit (EITC) supports millions of single parents and their children each year. Although the majority of these are single moms, Father’s Day provides a good reminder that single dads are also a significant part of the equation.

Using Brookings’ MetroTax model, we estimate that roughly half (49 percent) of all EITC-eligible tax filers in 2014 filed as head of household—a group that includes many single custodial parents. Of these estimated 13.1 million filers, 8.9 million were women, and 4.2 million were men. These female-headed households included an estimated 14.7 million qualifying children, while their male counterparts included 6 million qualifying children.

Although women head of household filers were more likely to be EITC-eligible (69 percent), male heads of household were not far behind, with an estimated 61 percent eligible to receive the EITC in 2014.