In a previous blog, we showed how declining oil and gas rig counts portend more job cuts in the fracking patch.  Now let’s look at the budget side of the problem, which provides more evidence that resource extraction-oriented states really do need to “remake economic development,” as our colleague Amy Liu has written.

To see why states need to rethink how they manage the fiscal side of the boom and bust cycle of resource economies (look next week for a paper we’re releasing on that), check out the ugly budget messes this spring in some of the nation’s top oil and gas fracking states, which are now contending with humongous revenue losses as oil and gas prices languish:

What’s surprising here is not that what went up has come down, but that so many states—with the devastating boom and bust cycle of the last decade still fresh—remain so vulnerable to a natural resources crash. 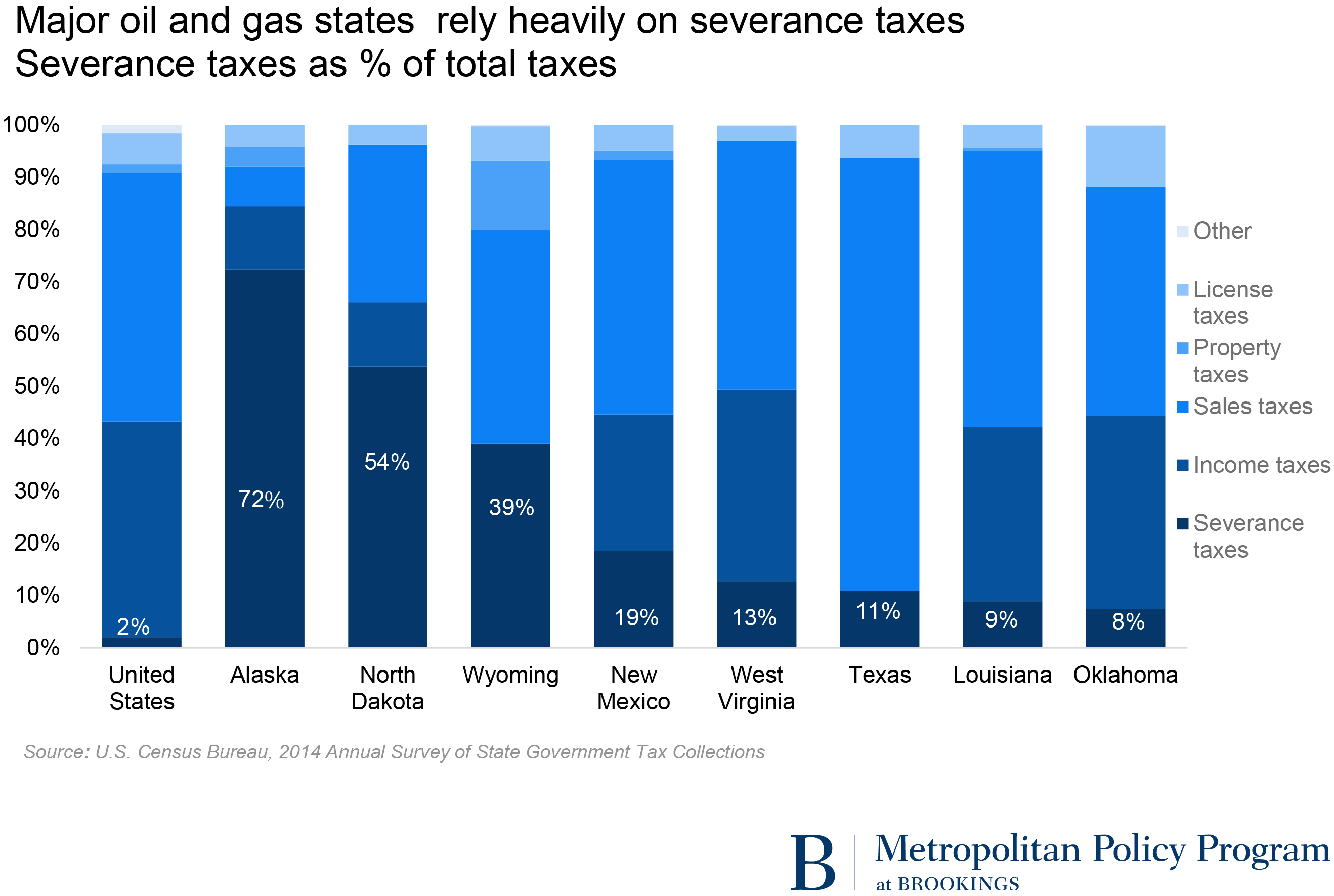 As a group, Alaska, Louisiana, New Mexico, North Dakota, Oklahoma, Texas, West Virginia, and Wyoming rely on severance taxes for 16 percent of their tax revenue, compared to only 2.1 percent for the United States on average. Such dependency makes such states’ lack of adequate counter-cyclical stabilizer programs or other structures for smoothing out fluctuating resource revenue especially hard to understand. Having hitched themselves to volatility, many of these states have left themselves to deal with its side effects chaotically.

In this regard, the recent state budget gyrations raise important questions about resource management in major oil and gas producing states. But again, we will have more to say about that next week.

To fix our infrastructure, Washington needs to start from scratch