One in five tax filers in the United States claims the Earned Income Tax Credit—a refundable federal tax credit targeted to low-income working Americans that has proven to be one of the nation’s most effective anti-poverty policies. Last year, at tax time the average EITC filer claimed just over $2,400 through the credit.

However, the share of filers claiming the EITC and the level of benefits they receive vary widely within and across communities, as shown by the local-level IRS data we post each year on our EITC Interactive data tool. For instance, almost one in three filers in the Memphis metro area claimed the credit (32 percent) in tax year 2013 compared to just 12 percent of filers in metro Boston. Local labor market conditions can affect these numbers, like the incidence and concentration of low-wage jobs or regional differences in cost of living and average wage levels. But the credit itself is also designed to vary across different kinds of filers and families. Maximum credit levels for workers without children are quite small, but they increase considerably for workers with one, two, or three children—boosting the credit’s work incentive and anti-poverty impacts.

For the first time, our EITC Interactive tool now includes data on how EITC receipt varies by the number of children claimed. 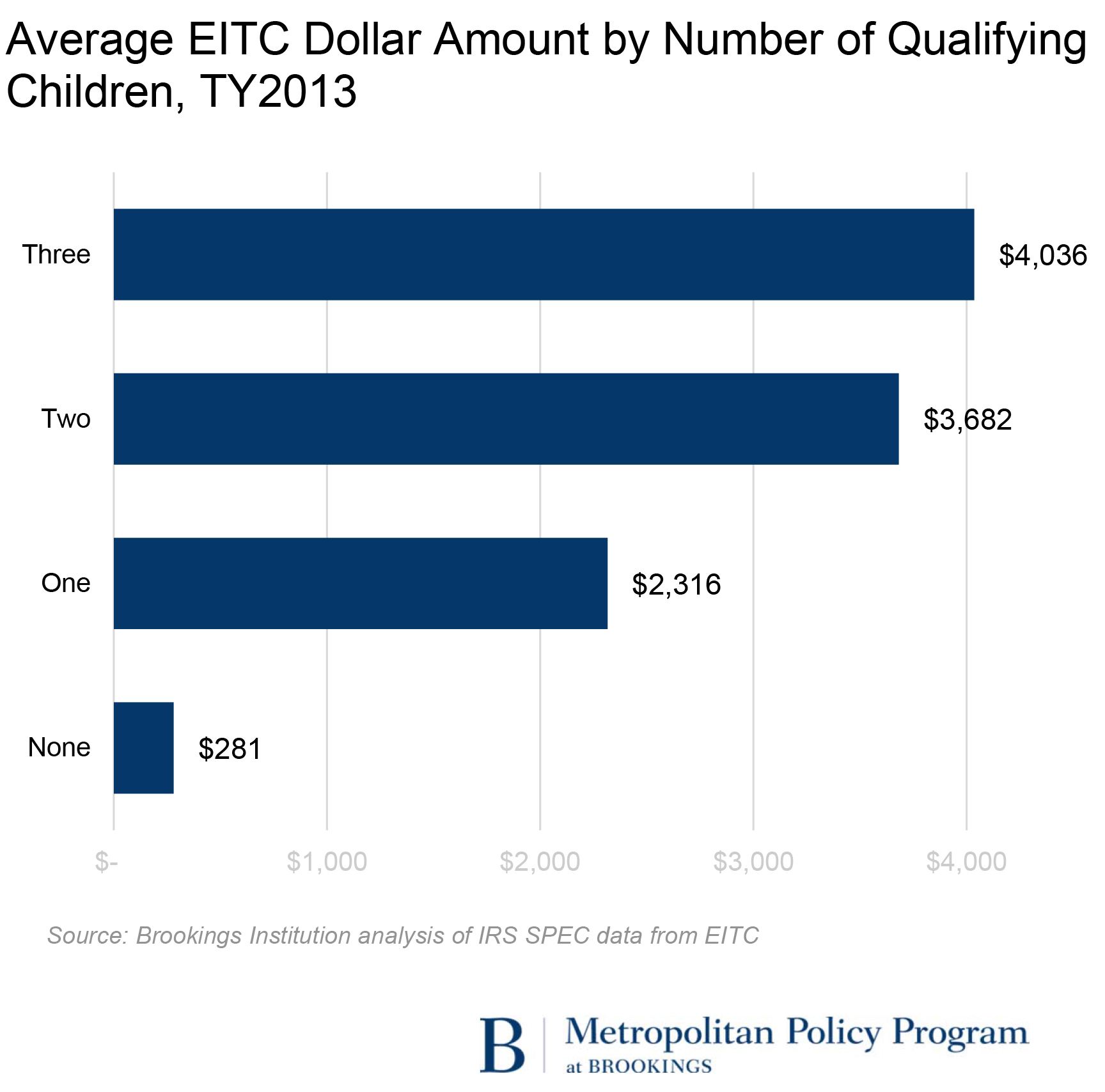 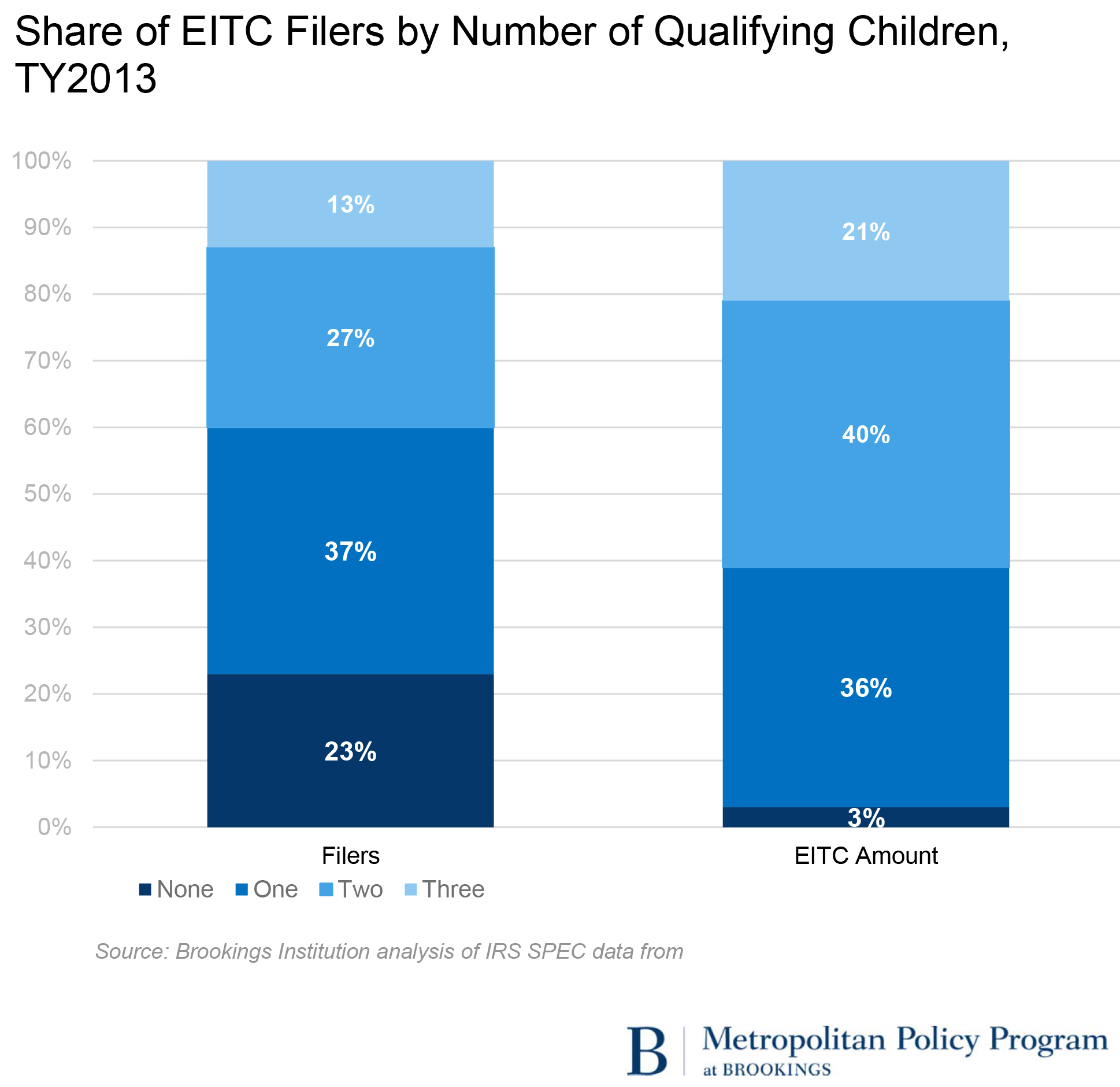 For EITC outreach campaigns working to ensure eligible filers claim the EITC at tax time, and for practitioners looking to use tax time to connect low-income workers to financial services and benefits, these numbers give a sense of who lives in their community and how to target their services. For advocates and policymakers, these numbers help shed light on how potential changes to the credit might affect different places.

For instance, the Obama administration, several legislators, and at least one presidential candidate have proposed expanding the EITC for workers without qualifying children to make it a more effective poverty alleviation and work support tool. Every congressional district in the country has childless workers or noncustodial parents who would stand to benefit from that expansion. But that expansion would be particularly important for the more than 240 districts—largely clustered on the coasts and roughly split between Republican and Democratic representatives—with above average shares of childless EITC filers (Map 1). 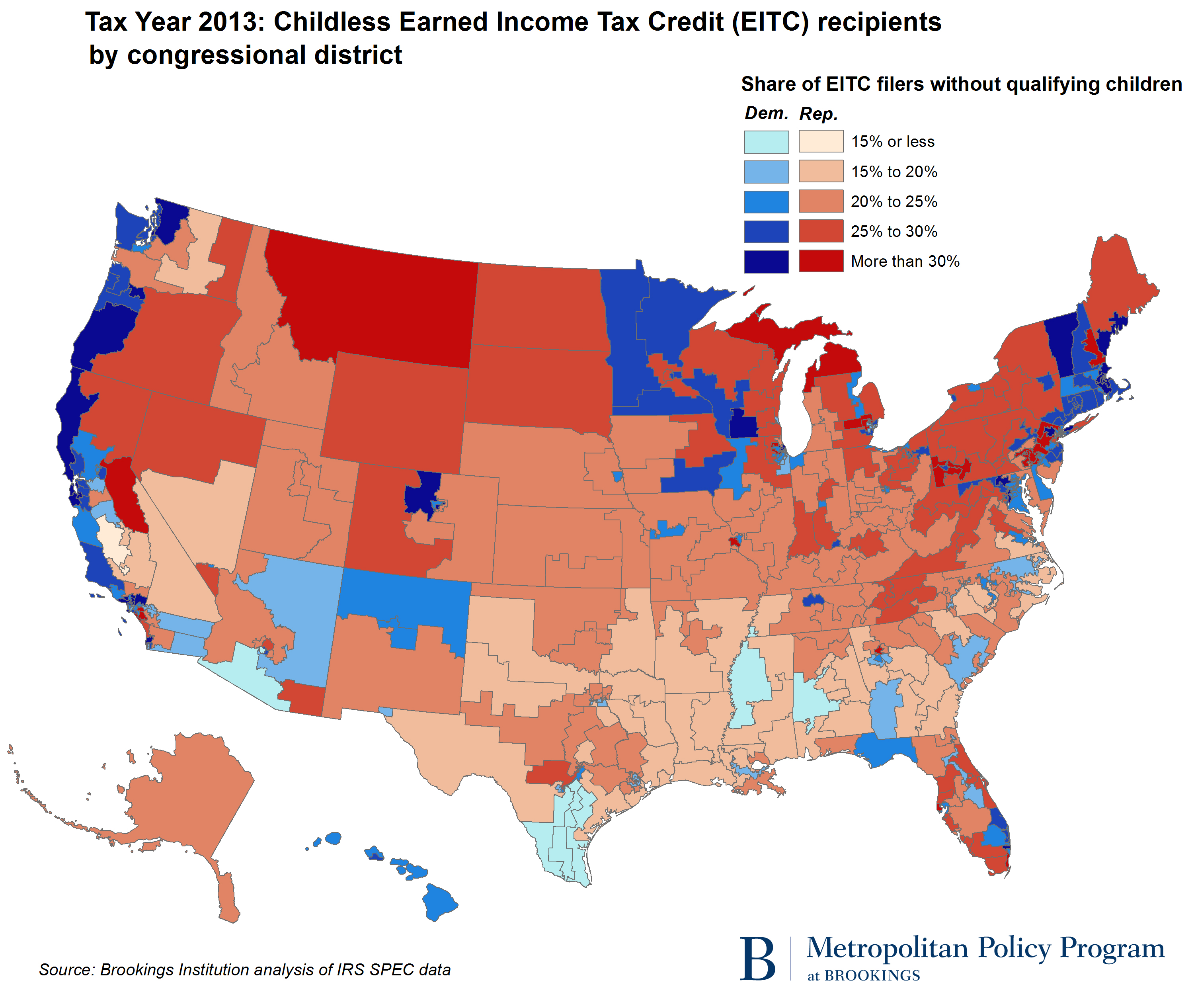 In contrast, if Congress does not act to make recent expansions to the credit permanent, every district will see a cut in EITC benefits in 2017, when the credit for workers with three or more children is set to disappear. In particular, more than 200 districts with above average shares of EITC filers with three or more kids—this time predominantly Republican districts clustered in the Intermountain West, parts of the Great Plains, and along the Texas border—would be most affected (Map 2). 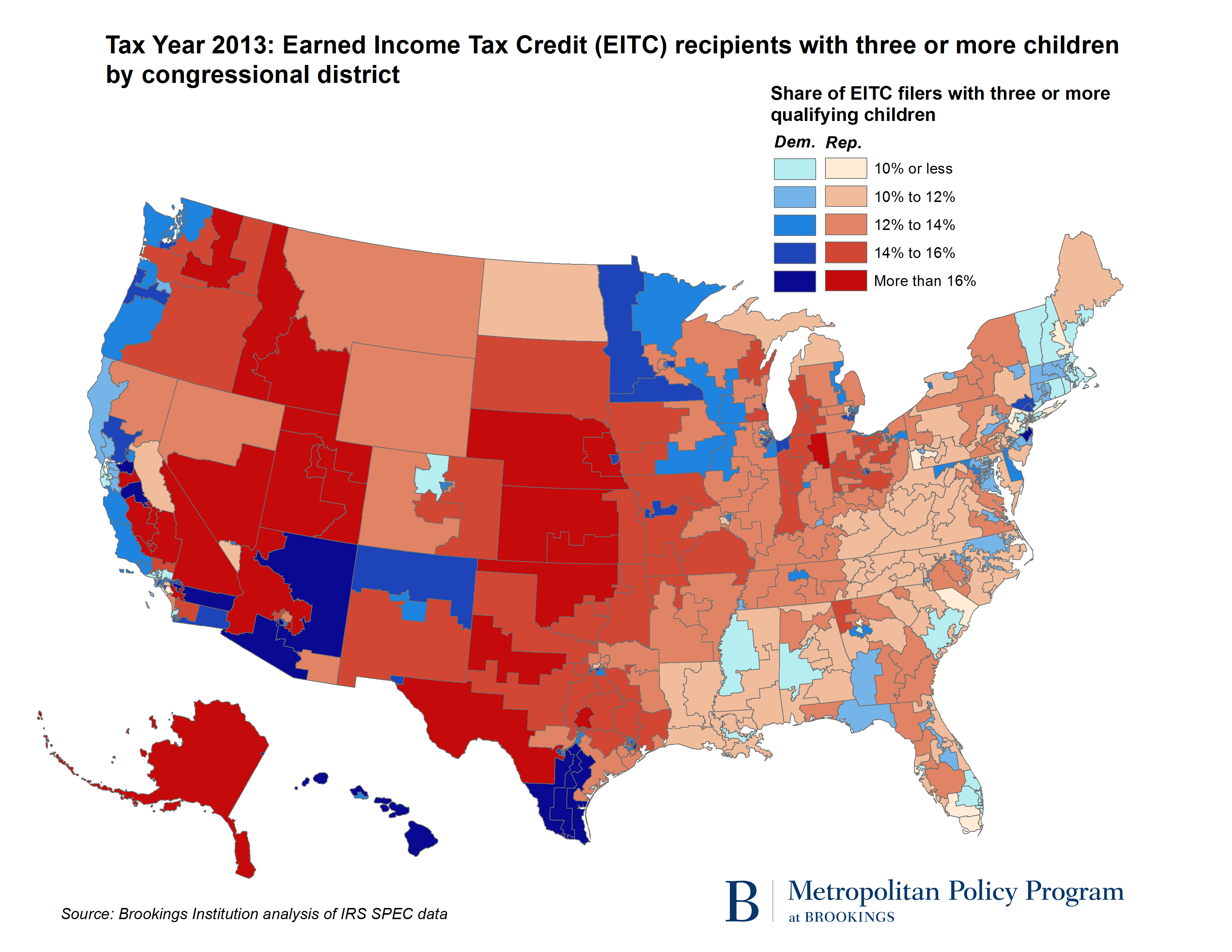 In the coming weeks, we will be delving deeper into the impact of proposed and potential changes to the EITC and releasing new resources on the EITC-eligible population and the credit’s anti-poverty impact. In the meantime, these new EITC Interactive data offer an important resource that can help practitioners, policymakers, advocates, and researchers better understand how the EITC affects low-income workers and families and their communities across the country.