The United States exported and imported $4.0 trillion worth of international goods in 2014, making it the world’s second-largest trader, after China. The responsibility for moving all those products falls to the country’s 400-plus seaports, airports, and border-crossing facilities, though a smaller group does most of the country’s heavy lifting. In fact, ports in just 10 metropolitan areas move 60 percent of all international goods by value.

This level of concentrated port activity creates a spatial mismatch in the country’s trade flows. While a few ports handle a majority of international trade, few of the goods leaving or entering those ports start or end their journey in that port’s local market: 96 percent actually move to or from other parts of the United States. As a result, problems within and outside certain port facilities—whether a labor dispute like the recent West Coast port strike or congestion near Philadelphia’s seaport or airport—quickly become logistical costs borne by the entire country.

The 10 largest metropolitan port complexes represent a wide range of U.S. geographies, modal specialties, and international connections. Total volumes for these port complexes, listed below, are based on an aggregation of imports and exports across all sea, air, truck, rail, and pipeline facilities in each region. All data are from 2010, and you can find more detailed metrics within the Metro Freight interactive. 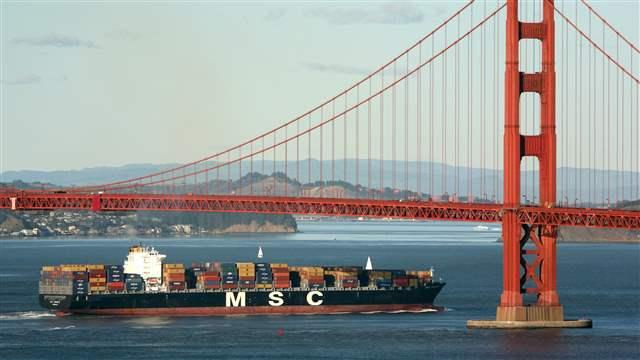 A traditional Midwest powerhouse of production, metropolitan Chicago is home to a variety of industries and infrastructure assets that connect it to the Midwest and global marketplace. The proximity of factories, warehouses, and rail lines to its major port facilities, particularly O’Hare International Airport, places Chicago at a strategic crossroads for goods distribution.

The San Francisco metro area—and the Bay Area as a whole—may be more well-known as a center for tech innovation, but it also contains some of the largest port facilities in the country. The Port of Oakland and the Port of San Francisco  account for the bulk of water traffic ($55.3 billion overall) moving through the area, while Oakland International Airport and San Francisco International Airport help transport nearly $48.6 billion in electronics, precision instruments, and other high-value goods.

The Seattle metro area plays a critical role cycling goods throughout the Pacific Northwest and the rest of the country, largely owing to the key connections its port facilities have forged with China ($47.9 billion) and Japan ($22.0 billion). Valuable transportation equipment and electronics represent a large chunk of these port volumes ($52.7 billion), although sizable amounts of machinery, textiles, and agricultural products are also processed through area facilities. The Port of Seattle and the Port of Tacoma are especially important in this respect, as they look to partner more closely in years to come.

Miami is the country’s primary gateway to Latin America, especially when excluding petroleum-related trade moving through Gulf Coast ports. And while the region and state have made impressive investments at the Port Miami seaport, it is actually Miami International Airport that generates the most regional trade ($74.8 billion). Miami’s facilities are a key component of Florida’s statewide strategy to use trade and logistics to grow local industries.

Laredo may only house 250,000 people, but it might be the most important Texas metro area you’ve never heard of, considering that virtually every international good passing through it heads somewhere else in the U.S. The border town is the southernmost point of Interstate 35—the so-called NAFTA superhighway—and handles almost half of U.S./Mexican surface trade. With automotive and other supply chains continuing to stretch across the binational border, Laredo is poised to grow in importance over the coming years. 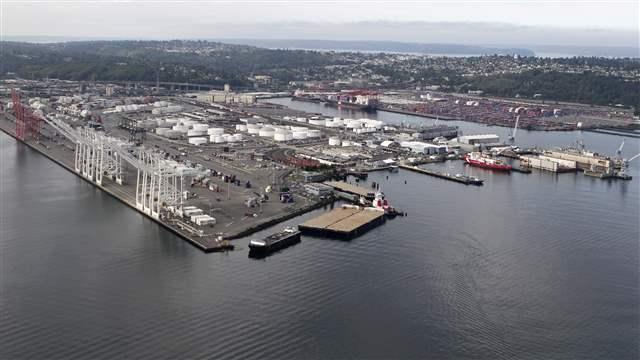 Anchorage may be thousands of miles from the closest U.S. market, but it has a long legacy as a major connector to the Pacific marketplace, resting less than 9.5 hours by air from 90 percent of the industrialized world. In particular, Ted Stevens International Airport was the cargo hub for Northwest Airlines Cargo, once the country’s largest carrier, and still has a vibrant freight business led by FedEx Express and UPS hubs. Continued growth in high-value, low-weight goods trade with Asia can only benefit Anchorage’s cargo business.

As one of the world’s leading centers for energy and chemical production, the Houston metro area—along with other parts of the Gulf Coast region—depends on an enormous set of seaport facilities to transport these goods. Collectively, $100.6 billion of energy products and chemicals/plastics pass through these ports annually, accounting for about 60 percent of all their international goods. Stretching more than 25 miles in length and situated close to the Gulf of Mexico, the Port of Houston houses many of the area’s marine terminals.

Although the Detroit metro area contains a number of freight facilities, such as the Port of Detroit, that unite the Great Lakes region, its land border crossings to Canada make it one of the busiest sites of commerce in North America and beyond. Each year, nearly $175.8 billion in international goods travel by truck and rail between Detroit and Canada—relying almost exclusively on the aging Ambassador Bridge and the Michigan Central Railway Tunnel. The planned New International Trade Crossing (NITC), however, holds promise for expanding capacity at this crucial junction. 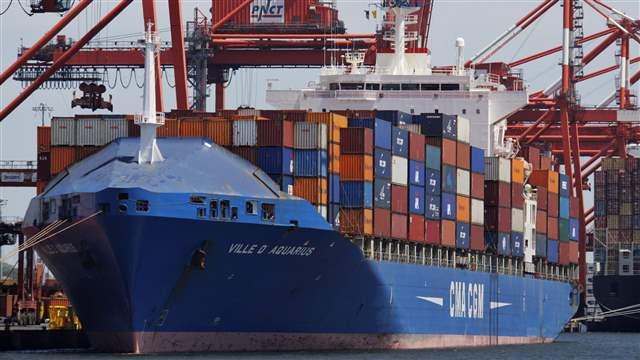 The Los Angeles metropolitan area not only boasts two of the largest seaports in the Western Hemisphere—the Port of Los Angeles and the Port of Long Beach—but also has one of the busiest cargo airports nationally, Los Angeles International Airport (LAX). Together, these port facilities channel a wide range of international goods like electronics, machinery, and textiles across the country, many of which come from Asian trade partners like China ($211.3 billion) and Japan ($58.5 billion). Still, only a fraction of these goods actually start or end locally (6 percent), speaking to the port complex’s extensive geographic reach in the U.S.