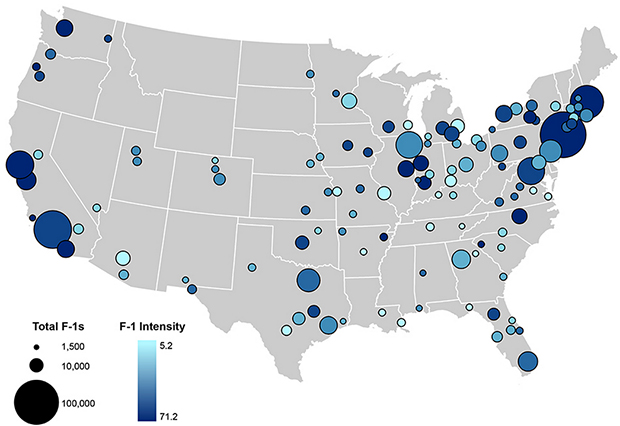 One of the main executive actions to be issued by President Obama on high-skilled immigration is to further expand and extend the Optional Practical Training (OPT), a program that allows foreign students holding F-1 visas to work for a limited period of time after graduating, for science, technology, engineering and mathematics (STEM) graduates. While not a permanent solution to the problems of high-skilled immigration, it is an option that presidents have used in the past.

In 2007 and 2008 when immigration reform failed in Congress, President George W. Bush extended the one-year OPT to 29 months for foreign students who graduated with a bachelor’s degree or higher in STEM fields. In June 2012, President Obama maintained Bush’s 29-month OPT term limit for STEM fields and increased the number of fields eligible for extension by an additional 90 fields.

Based on my research released earlier this year, about 38 percent of all foreign students on F-1 visas, or 362,500, were studying in the STEM fields during the 2008 to 2012 time period. This means that at least 72,500 graduates per year may benefit from this STEM OPT extension. The metropolitan areas in the table below could most potentially benefit from the order based on the percentage and number of foreign students studying STEM. 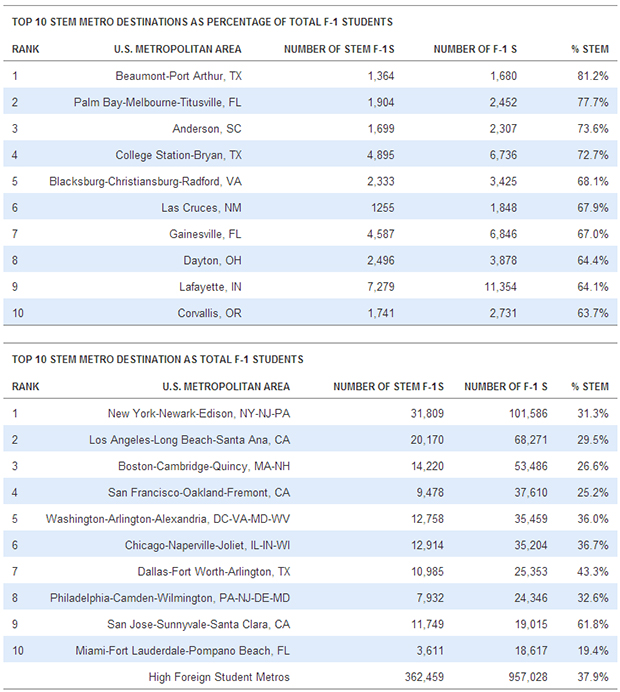 Yet, this temporary solution is problematic on several fronts.

The Senate’s Comprehensive Immigration Reform Bill, passed in 2013, did address many of these problems. The question now is whether the new Republican-dominated Congress can work with the president to fix them.