Trade is a foundation of the American economy, and our recent report looks at how all those goods move around at the regional scale. One of the major takeaways was how concentrated our national trade network is. In particular, the top 10 percent of all trade corridors move 79 percent of all goods. Yet not all of those large corridors look the same.

Depending on the commodity traded, there is variety in the places involved and total value exchanged. Some commodities move short distances among domestic peers, while others tend to cross oceans. Advanced industrial products tend to connect large metro areas, while rawer commodities tend to involve rural regions.

Here are profiles of some of the country’s top eight freight corridors. In addition to the description, a trade map for each commodity shows the range of how our metro areas exchange goods. 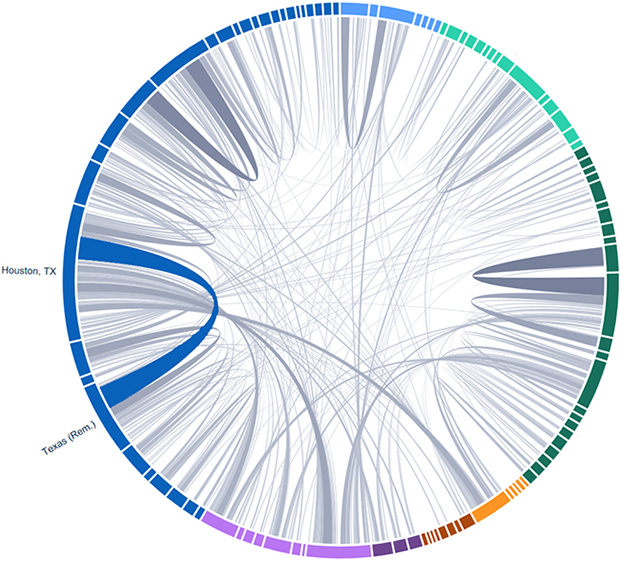 Houston is the country’s undisputed center of energy, producing $66.8 billion of related output in 2010 and maintaining a massive related port and refinery complex. Rural Texas benefits from the energy sector as result, along with neighbors like New Orleans and Corpus Christi that boast similar specialties. 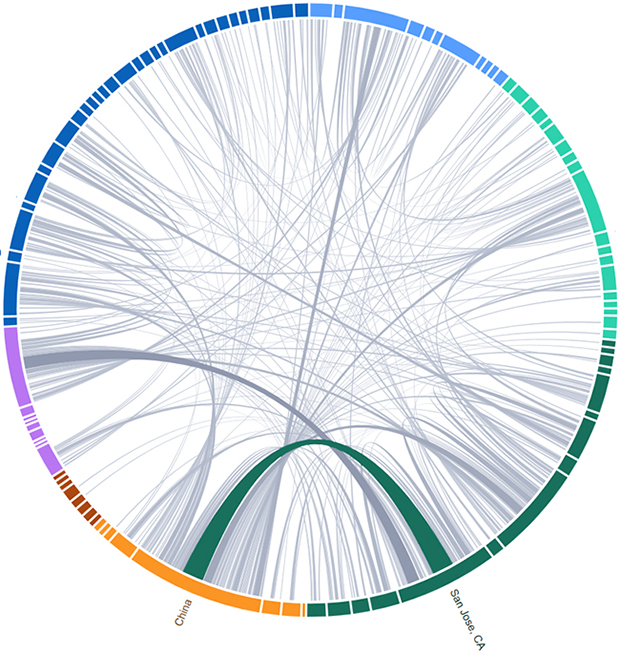 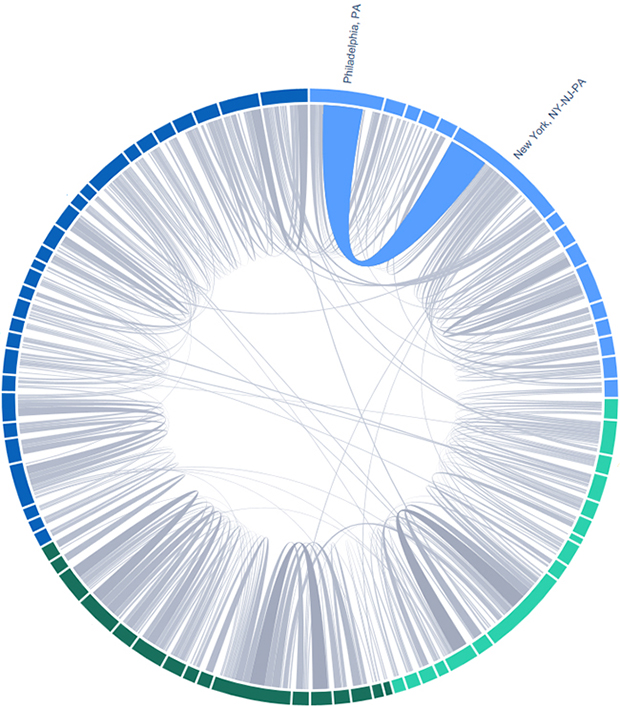 In contrast, “mixed freight”—a mixture of grocery store food, restaurant supplies, and other household items—often travels short distances. This is certainly the case for the biggest exchange between New York and Philadelphia, two markets that benefit from industrial variety and huge consumer bases. 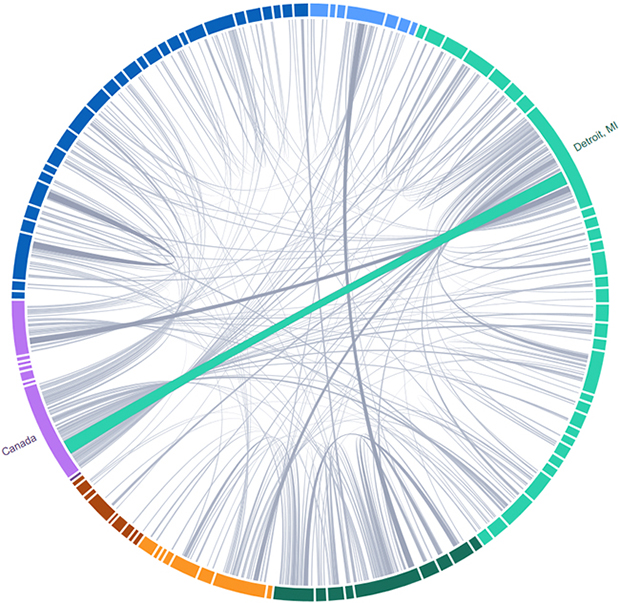 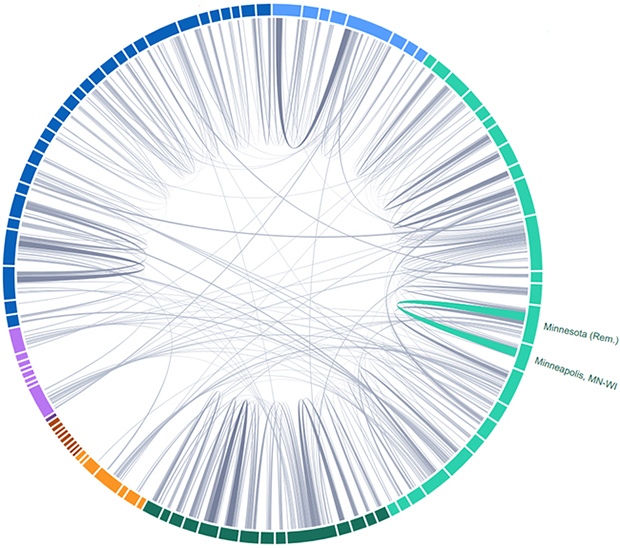 Rural Minnesota’s economy thrives on agriculture—especially cereal grains—which accounted for 13.1 percent of its GDP in 2010. Minneapolis, in turn, depends on these goods to feed nearly 3.5 million residents and uses its expansive logistics infrastructure to deliver rural Minnesota’s products to the Midwest and beyond. 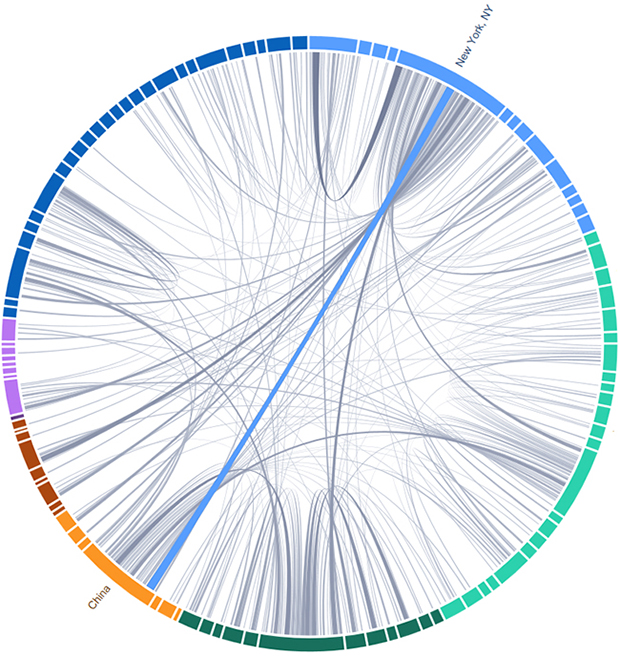 China’s enormous presence in low-value production is especially apparent in tools and other manufacturing shipments to and from New York. In general, this category shows a huge shift towards global engagement, especially with the Asia Pacific region. 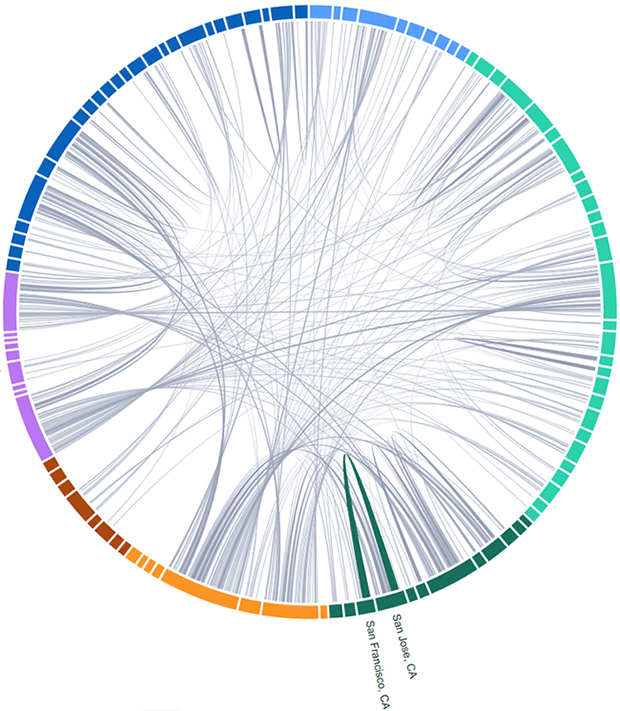 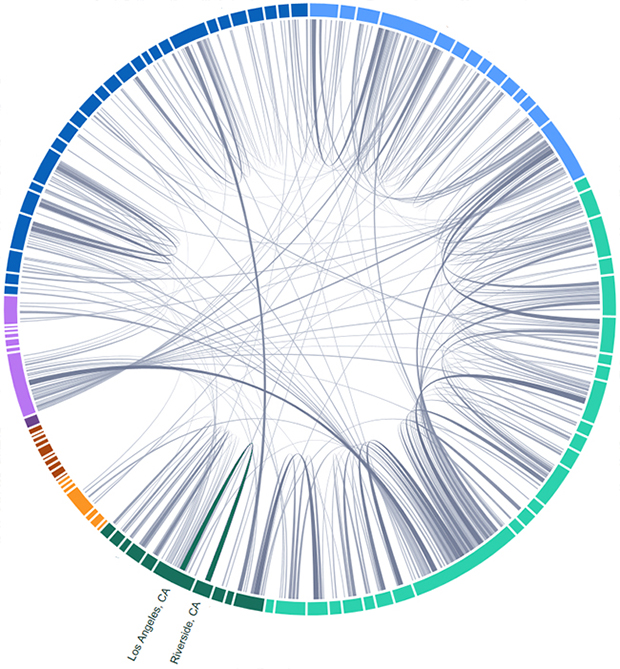 Considering the continued population and industrial growth in the region, both Los Angeles and Riverside rely on local manufacturers in cement, concrete, glass, steel, and other related products. Metals often involve regional trading, like the major flows from Pittsburgh through Chicago.

We urge you to check out the related

, which shows every metro and rural area’s distinct list of top trading partners. See how trade looks in your hometown, your current town, or just any old town.

*The rural designation refers to the non-metropolitan portions of a state. That will include rural counties and those part of micropolitan areas.