The U.S. Congress is racing today to craft a deal to lift the threat of the federal government defaulting on its debt and prevent a world of hurt across the country.

Just look at the map. A couple weeks ago the Washington Post used some of our data to show that it’s not just the Washington, D.C.-area economy that’s harmed by the furloughs, delayed paychecks, and shuttered functions of the federal government shutdown.

Also impacted, as the Post showed by mapping our numbers, are scores of other metropolitan areas in which hundreds of thousands of other federal employees work—whether it be in Colorado Springs, Virginia Beach, or San Diego.

Yet those disruptions are just the impact of the shutdown as registered in the possible furloughs of federal workers. Now, with the government still heading toward default, it’s worth considering the geography of how that graver portion of the Washington melodrama might play out.

To be sure, there’s considerable uncertainty about what will happen if the nation blunders past the debt-ceiling deadline. Some economists warn about the disaster of the United States actually defaulting on its debt; others are meanwhile war gaming out how the nation might avoid defaulting by deferring other payments and “prioritizing” its spending so as to cover debt payments.

Yet even if the nation avoids defaulting, it could well have to miss or delay a bunch of other important payments in the week ahead, with Social Security checks and food stamps high on the list. And at that point the pain would really hit home in metropolitan America—though not evenly.

To see this, we mapped the relative shares of large metro area populations receiving Social Security. 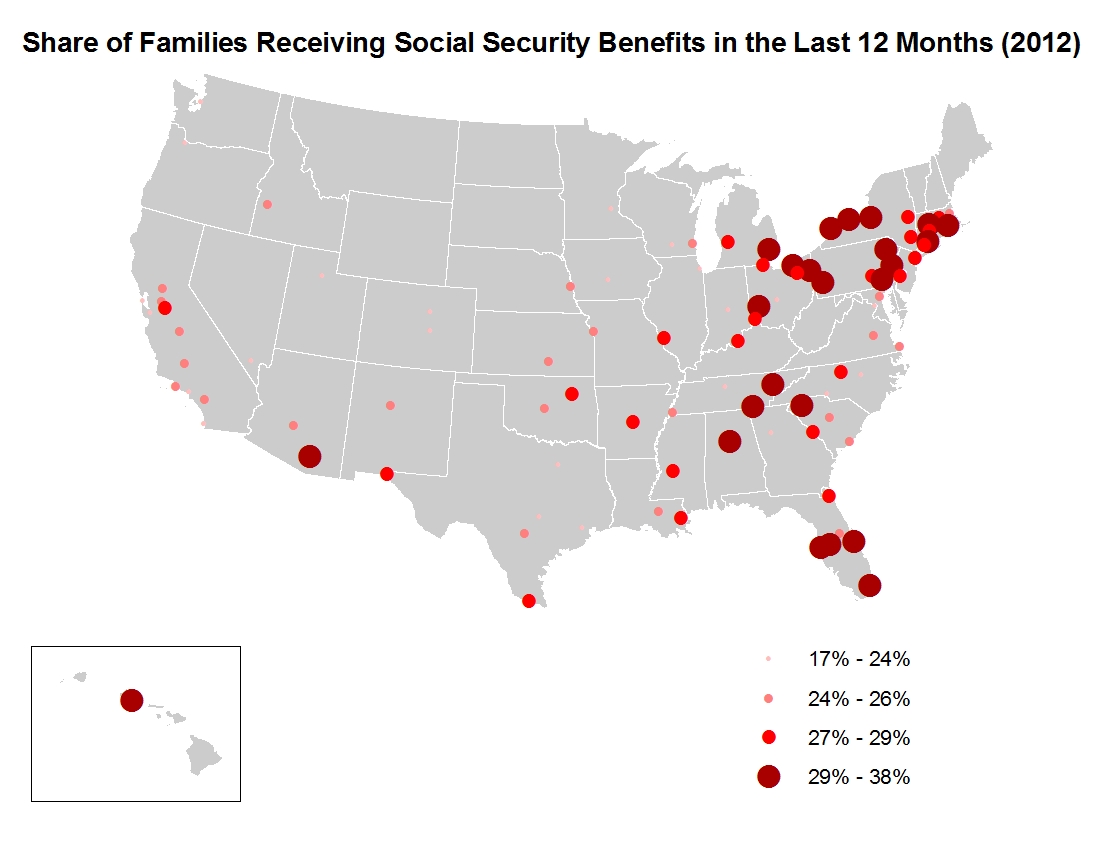 Right off you can see that while there will be dislocation all over the country if the Treasury Department delays mailing checks, the pain will be heavily concentrated in the aging Northeast states and in Florida—as well as in a number of Southeastern “red” states.

There will be real disruption in places like North Port, FL, Youngstown, OH, and Chattanooga, TN where Social Security recipients make up 45, 36, and 32 percent of all households respectively. 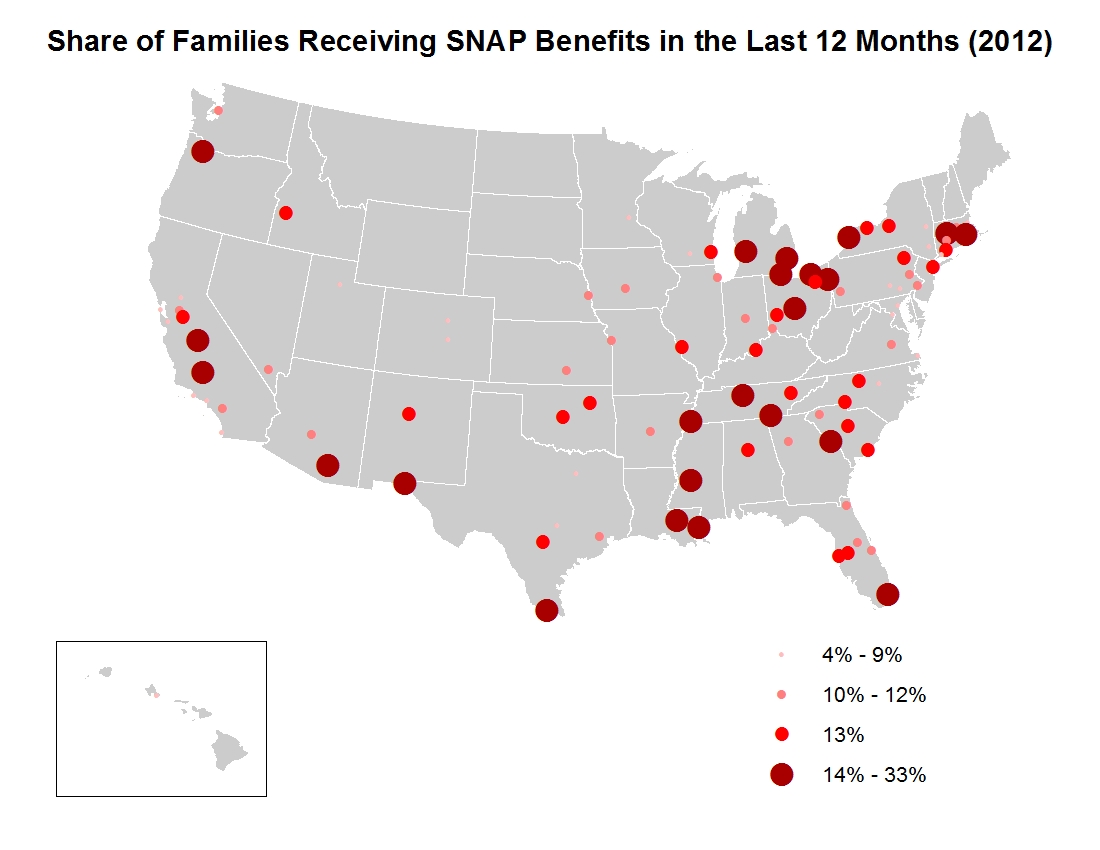 Metro areas in the upper Midwest and along the southern border—as well as again in the Southeast—appear especially exposed to assistance delays.

It will not be a good week next week if you are dependent on food stamps in McAllen, TX; Memphis, TN; or Toledo, OH where respectively 33, 18, and 16 percent of families depend on that assistance.

To date, the government shutdown has impinged on regional economies from coast to coast through local furloughs, but a breach of the debt ceiling this week could be much worse. Then even “prioritization” to avoid default could have major human and economic impacts on America’s metropolitan areas.