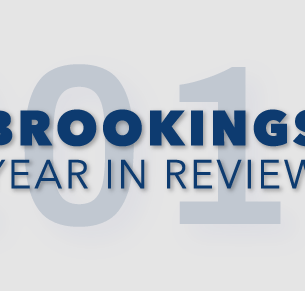 Technology policy continued to make international headlines in 2018. From Europe’s General Data Protection Regulation to congressional testimony from tech CEOs, Brookings scholars and staff have covered a number of this year’s most important developments on the TechTank blog. It was also another busy year for research in the Center for Technology Innovation, where our scholars and staff have published new research on artificial intelligence, the future of work, and R&D investment in treatments for deadly diseases. As the year ends, look back at some of our leading blog posts about 2018 news and research.

On May 25, the European Union’s sweeping General Data Protection Regulation (GDPR) went into effect, establishing a set of digital privacy rules that apply to any organization that collects data on EU citizens. Brookings scholars and staff outlined the effects of GDPR for U.S. privacy regulation, the digital economy, and more:

Research on artificial intelligence was a major focus for the Center for Technology Innovation in 2018. CTI scholars also also contributed to an ongoing essay series about the impacts of AI across different policy areas. Here’s a small sample of this year’s TechTank coverage of AI:

In 2018, TechTank launched a series of public opinion surveys on artificial intelligence emerging technologies. Using Google Surveys, we collected responses from thousands of adult internet users in the U.S. on topics including facial recognition, e-commerce, and driverless cars. Below are some of the results from this ongoing series.

One day, AI and other emerging technologies may automate many tasks currently done by human workers. TechTank posts examined what that will mean for major employment sectors, our nation’s politics, and training workers for this new economic reality:

In March, news broke that the political consulting firm Cambridge Analytica used a personality quiz app to access the data of millions of Facebook users without their consent. This added to scrutiny of the tech industry over online political ads in the 2016 presidential campaign and a perceived anti-conservative bias in search results and social media. Explore some of TechTank’s coverage of these complex issues:

The Center for Technology Innovation concluded a two-year project designed to increase incentives for R&D investment in treatments for HIV/AIDS, tuberculosis, malaria, and neglected tropic diseases. You can find all the research here, and read about some of the project’s findings in the blog posts below:

Restoring non-discrimination to the 21st century’s most important network