Here’s a stubborn mathematical fact: each quintile can only contain 20 percent of the income distribution. If you want more people rising into the top quintile, you need more people falling down.

Just as there is intergenerational stickiness at the bottom of the income distribution, there is also stickiness at the top. A number of factors, combining to create a glass floor, prevent kids born at the top from falling, even those who are less skilled. A new study from the UK’s Social Mobility and Child Poverty Commission,Downward Mobility, opportunity hoarding, and the ‘glass floor,’ probes this question.

Abigail McKnight, from the London School of Economics, examines the relationship between income and social class at birth; and income, social class, and educational attainment at age 42. She draws on data from the British Birth Cohort Survey, which follows roughly 17,000 people born during a single week in 1970. Her paper also explores the distribution of skills at ages five and ten, and other childhood factors, to see how far they influenced outcomes at different points on the income distribution.

McKnight shows that measures of cognitive ability as early as five years of age are strongly correlated with adult outcomes, including income: 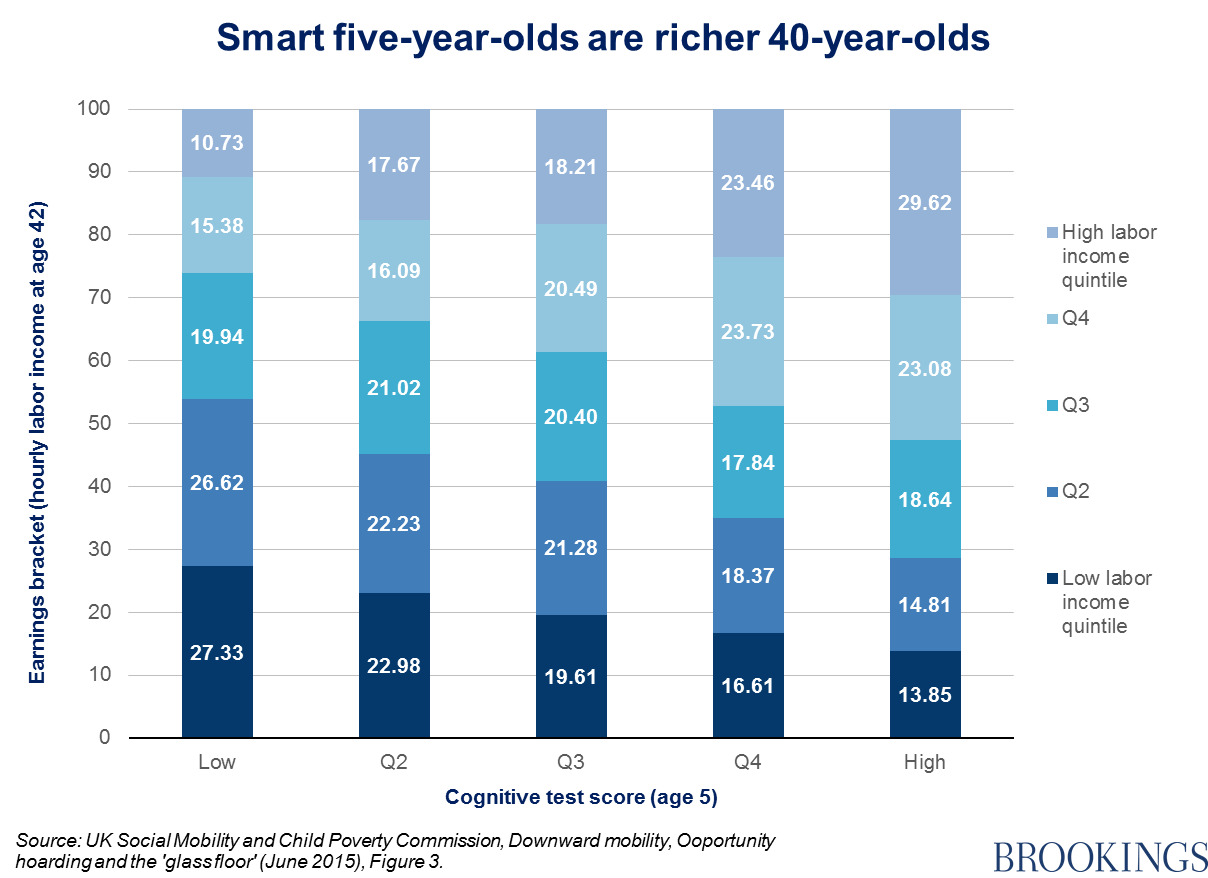 There is also a strong association between these early cognitive scores and social background. Children from the highest social class were almost five times more likely than those from the lowest class to score in the top quintile in terms of cognitive capacity at five: 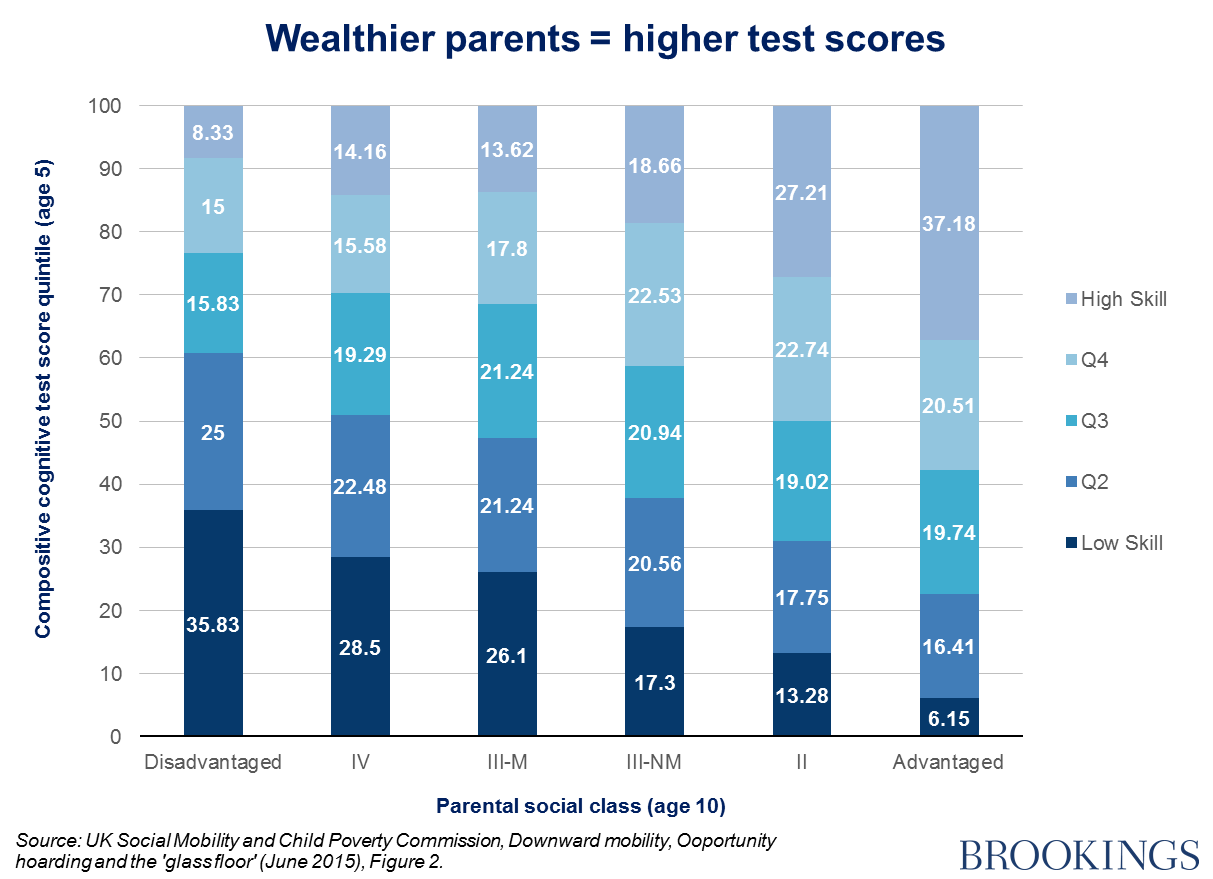 But McKnight is seeking an answer to a more interesting question. How and why do kids scoring poorly on ability tests at the age of five still go on to prosper as adults? Specifically, she uses a series of regression models to examine the relationship between ‘low’ cognitive scores at age five (in the bottom 40 percent of the distribution) and being “successful” at 42 (defined as being in the top quintile for hourly labor income). Five factors seem to explain why low-scoring kids from affluent backgrounds are more likely to succeed as adults:

So, is the better performance of the initially low-scoring kids from more affluent backgrounds unfair? That depends on your definition of fairness, which we will discuss in part 2 tomorrow.

Beyond Deng and Richard V. Reeves
Thursday, March 17, 2022
Up Front

Beyond Deng and Richard V. Reeves
Friday, October 8, 2021
Get daily updates from Brookings