It is intern season again, and as the weather heats up, the argument about unpaid internships is heating up as well. Unpaid internships are increasingly controversial, seen by opponents as exploitative and unfair, but by supporters as a mutually beneficial arrangement between ambitious young adults and open-minded employers.

This week the Second Circuit’s U.S. Court of Appeals gave some good news to intern boosters, declaring that private companies (in the particular case, Fox Searchlight) could use unpaid interns so long as the intern derives more value from the arrangement than the employer. This overturned a district court’s ruling and is a setback for the Department of Labor, which is trying to slow the growth of unpaid internships. But it is also a setback for equal opportunity.

Internships are an important feature of the labor market, especially for college graduates. According to a survey of 43,000 graduating seniors across nearly 700 universities in 2014, 61% had had an internship or co-op experience during college, and 53.5% of those internships were unpaid. There are big differences between sectors, however. While business, engineering, computer science, and financial service interns can expect to finish their summer with money in their pockets, those in the social sciences or humanities are more likely than not to be working for nothing.

Especially in a tough job market, many employers place a good deal of value on intern experience. Internships were ranked as the most important factor in deciding whether to hire a recent college graduate or not, according to a 2012 survey of HR professionals, managers, and executives from 50,000 employers, commissioned by the Chronicles of Higher Education: 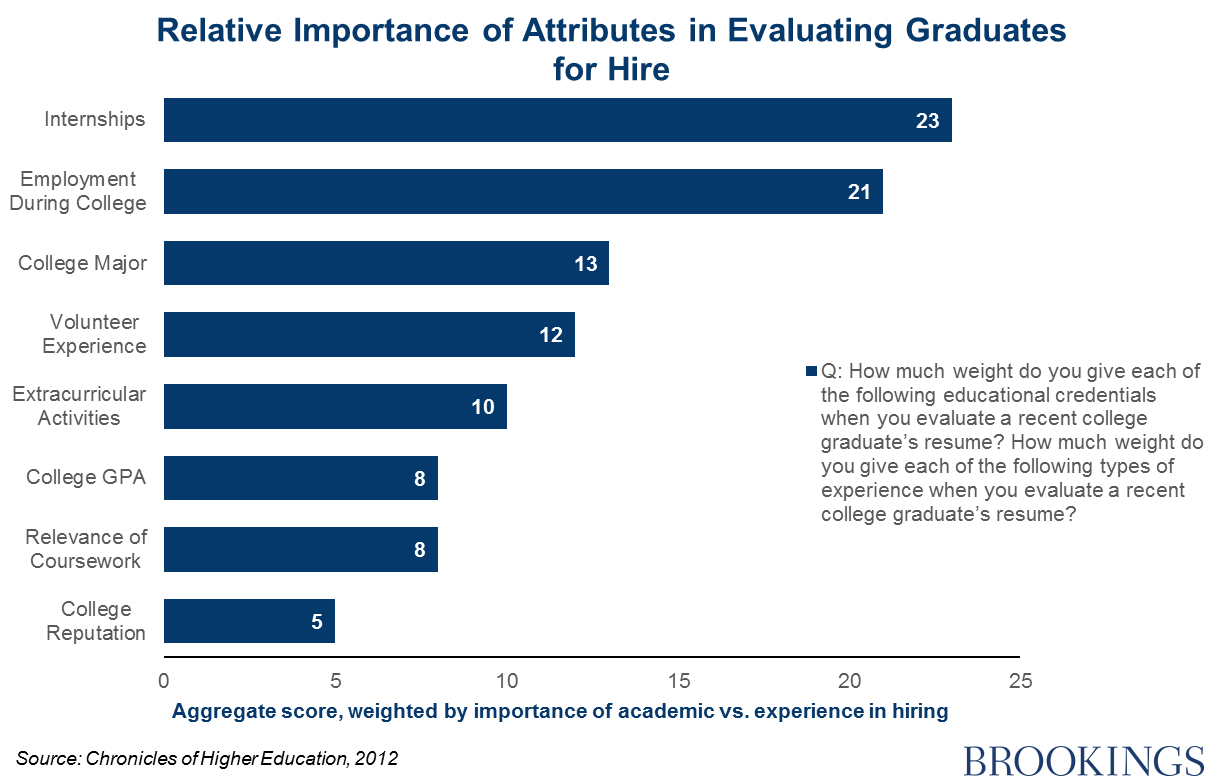 What you know, who you know

This makes sense. Employers understandably prefer someone who has some knowledge and understanding of their field. But the results are deeply unfair, if this work experience is only available in the shape of an unpaid internship in an expensive city. Even for those who can survive for a while without an income, the costs of living in the intern capitals—New York, Los Angeles, DC—are beyond the reach of most low-income and even middle-income students.

One of the obstacles to greater intergenerational mobility (of the relative kind) is the ‘glass floor’ that keeps less talented children born to affluent parents at the top of the income ladder. One way in which affluent parents protect their children from falling is by using personal or professional connections to arrange job or internship opportunities—but there are less visible forms of protection, such as paying the summer living costs that make an unpaid internship feasible. This is not meritocracy: it is opportunity hoarding.