Social mobility studies can sometimes, like economics, be a dismal science: the barriers to opportunity are high, and hard to lower. But it is far from all bad news. So in the spirit of Thanksgiving, here are six social mobility trends to give us some cheer:

In terms of intergenerational mobility, the U.S. generally doesn’t rank well against other developed countries. In Denmark, for instance, 14% of men whose fathers are in the bottom fifth of the earnings distribution make their way into the top earnings quintile – compared to just 8% in the U.S.

Recent research, however, shows that some regions are getting close to European levels of intergenerational mobility. In Salt Lake City, the most economically mobile of U.S. metro areas, 11.5% of children born into the bottom income quintile climb into the top income quintile by adulthood. In mobility terms, it is a slice of Scandinavia.

2. Four Times as many Disadvantaged Four Year-Olds in Preschool

Preschool has been found by many researchers to improve later life outcomes, by building both cognitive skills (smarts) and non-cognitive skills (drive and grit). Compared to 1970, rates of pre-school enrollment among 4 year-olds have quadrupled to break the 50% mark. The rise has been equally marked among the children of well-educated and less-educated mothers (although a gap remains): 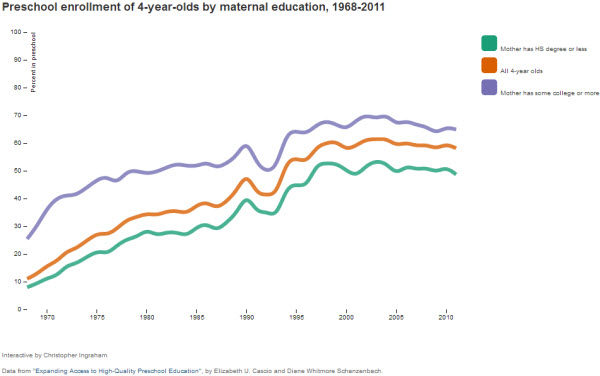 3. Half as Many Poor Teens Dropping Out of High School

Since 1975, the proportion of young adults failing to complete high school has dropped sharply. And the fall in drop-out rates has been especially marked among the lowest-income groups, declining from 28% to 13% for the poorest quarter of the population: 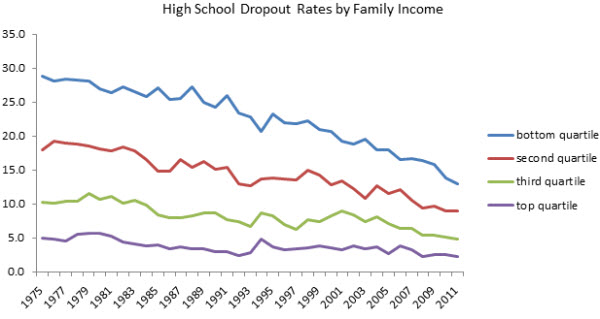 Source: Digest of Education Statistics, Table 129 using Current Population Survey data. Note: Dropout rates are the percentage of high school dropouts (persons who are not enrolled in school and have not completed a high school program) among persons age 16 through 24. 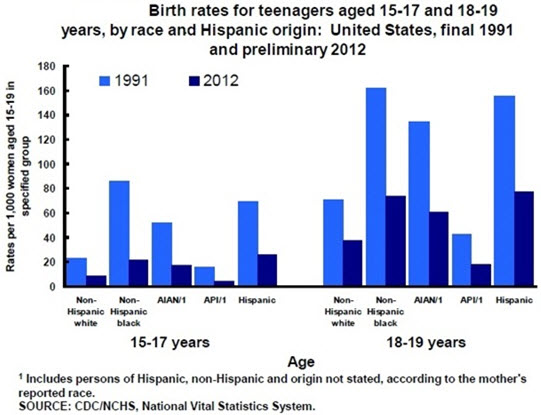 Postsecondary enrollment rates have increased by more than 20 percentage points for recent high school graduates from the bottom fifth (quintile) of the income distribution, over the last three decades. At the same time, the postsecondary enrollment gap between students from the highest and lowest income quintiles has shrunk by 13 percentage points: 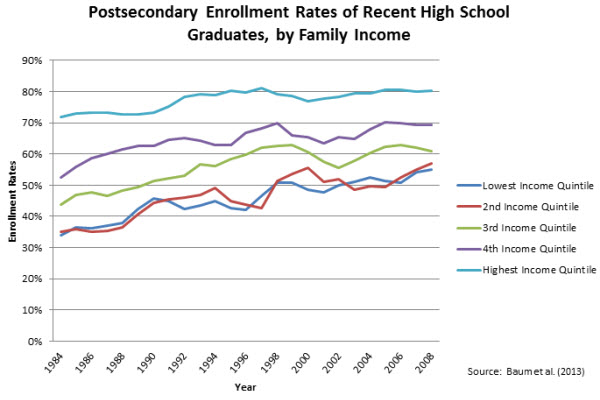 6. Social Mobility: A Search Term on the Rise

There is growing interest in the issue of social mobility in the US, among politicians, policy-makers and the general public. Given that improving rates of social mobility is a long-term, complex policy goal, the more interest the better. Here’s the trend in the number of people searching “social mobility” via Google over the last six years:

Note: Numbers represent search interest relative to the highest point on the chart, not absolute search volume. Interest is shown here for November 2006 to November 2013.

Increasing the rate of social mobility is a central challenge for the U.S. There are plenty of reasons to worry about trends in mobility, but signs of progress, too. Happy Thanksgiving!

How did expanded Unemployment Insurance affect the COVID-19 economy?