Imagine you have a farm and the person next door builds an enormous skyscraper that falls on your property, killing your livestock, spoiling your pastures, and crushing your house. They promise to pay you $100,000 in the next 10 years, but as the years go by, they decide unilaterally how they will pay you back, and mostly give you just loans to fix your farm. They choose consultants and contractors to plan how to deal with the situation, and deduct the cost of those from the pledge they made. It takes years for the money to begin to flow, and years later it remains a trickle. 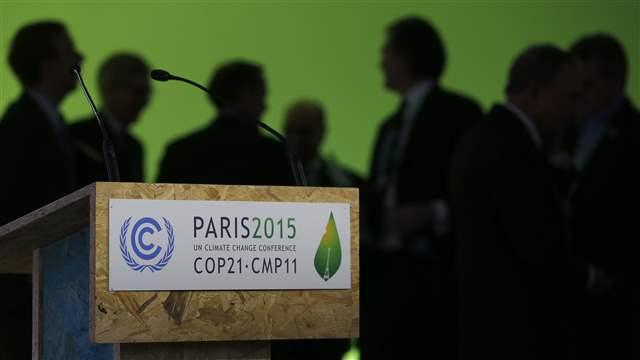 This is something like the picture for developing countries, which were promised $100 billion a year by 2020, back at the contentious Copenhagen climate change negotiations in 2009, to deal with the impacts of climate change and to reduce their emissions. In the Paris negotiations going on this week and next, the issue of whether that promise is being kept is coming up again, with a vengeance.

But questions have remained about whether countries are making progress towards that goal. The phrase “new and additional” has been especially problematic, since developing nations saw it as critical that the money not be siphoned off from the other foreign aid they had been receiving for basics like education, health, and agriculture.

To assuage doubts about their progress, the club of developed countries, the OECD, released a report a few weeks ago saying that total climate finance had risen to $52 billion in 2013 and $62 billion in 2014. With many caveats and important improvements in our understanding about how climate finance is flowing and accounted for, the global number gave the impression that developed nations are well on their way to meeting the original $100 billion by 2020 promise.

U.S. Special Envoy for Climate Change Todd Stern, the head of the delegation, said in a press conference Wednesday that “on the basis of 2014 numbers, we are around 62 billion dollars, maybe a little above that.” Stern reported that the OECD used “conservative” methods to come up with that number. “We are at a pretty high number… providing confidence we are on a good track.”

Similarly, French Foreign Minister Laurent Fabius said “estimates demonstrate that considerable progress has been made.  We must mobilize our efforts to provide the remaining $40 billion.”

However, things are not always what they seem. India’s finance ministry released a damning report Wednesday criticizing the OECD’s numbers. The report, released in November but only reported by The Hindu on November 29, said that “the OECD report is deeply flawed and unacceptable… It repeats a previous experience we had of double-counting, mislabeling and misreporting when rich countries provided exaggerated claims of ‘fast-start climate financing’… which were widely criticized by independent observers.” They continued “we are very far from the goal of USD100 billion… the credibility gap is too big. We have to have more credible facts, from a careful and continuous collaboration.”

Rather shockingly, India said that the only credible number we have right now is $2.2 billion in gross climate fund disbursements from 17 special climate change funds, some way shy of $57 billion.

We recently completed a major study of climate finance reporting with an international consortium of think tanks called AdaptationWatch. We independently re-checked how 5,201 projects that OECD countries labeled as having adaptation to climate change as a “significant” or the project’s “principal” objective. We found that about three-quarters of those projects lacked a clear connection to addressing vulnerability to climate change. Instead of the $10.1 billion in adaptation projects claimed in 2012, we were only able to verify that $2.3 billion was clearly adaptation-related. 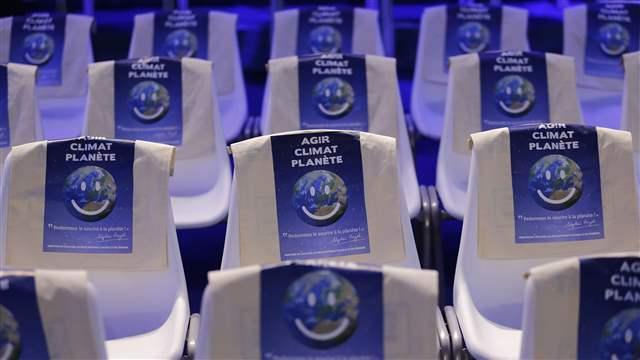 So what is the real number?  Is there one? We believe that currently there is no number that could be arrived at that would be credible to all parties in the climate negotiations. This is for both methodological and procedural reasons that have been raised by developing nations and watchdog groups.

Methodology: Many flows of climate finance that are currently making up substantial parts of the $62 billion number should not be counted as meeting the $100 billion goal. For example, why are market-rate loans being counted for their full amount? Counting them makes countries supplying those have massive portfolios, compared to those countries providing grants. The repayment of the loans does not count against the amounts of North-South flows. Export credits, likewise, help developed country companies make a profit in developing countries. These should not be counted, as Brandon Wu of ActionAid USA says: “Relying on the OECD, a club of the world’s wealthiest nations, to define the parameters of climate finance is misguided and dangerous… Any estimates of climate finance flows based on assumptions that are not accepted by the majority of recipient countries should not be considered valid.” But developed countries report whatever they want, since no system exists to discern what counts and what doesn’t. Likewise we have no agreement about what types of private finance should be counted, and how much.

Process: Perhaps the biggest problem is that developed countries compiled these reports to reinforce trust with the developing countries, but the latter were not even consulted on the process of how to conduct such a review. This is a truly ham-handed effort at trust building. The way we count climate finance has a massive impact for developing countries. Defining and accounting climate finance should be a top priority for the climate negotiations, and the United Nations Framework Convention on Climate Change (UNFCCC) created the Standing Committee on Finance to do this kind of work. A one-year work program on climate finance accountability would make an important start towards a mutually-agreed definition of what counts and how to add up climate finance. This could help spare another year and another conference with no clear agreement on climate finance accounting, in which we have no idea if we’re on our way towards meeting the $100 billion goal.

Instead of the $10.1 billion in adaptation projects claimed in 2012, we were only able to verify that $2.3 billion was clearly adaptation-related.

Rich countries are required to report every two years to the UNFCCC Secretariat on the climate finance they provide to developing nations. More importantly, they are also required to explain the accounting methodologies they used in determining their climate finance figures. We ranked developed countries according to their transparency in reporting climate finance. Huge variations exist between donor countries when it comes to reporting their climate finance in a transparent manner. Globally, developed countries still have huge efforts to make to improve the transparency of the climate assistance they give to developing countries. Transparency in this regard is essential both to reinforce trust between developed and developing countries, and to improve the effectiveness of climate assistance in the developing world. Under what conditions are interventions effective? Are local communities involved in the decisions that impact them? Does the money go to the people that need it the most? We only have fragmented answers to these questions so far, even six years after the Copenhagen pledge and 23 years after the original climate change treaty was signed in Rio de Janeiro.

Read more by J. Timmons Roberts in the new book “

Power in a Warming World