Slowing global warming is one of the most complex political, economic, and diplomatic challenges our world faces. In a few weeks, governments from nearly 200 nations will convene in Paris for the United Nations Climate Change Conference (COP21). Despite a disappointing and chaotic 2009 summit in Copenhagen, expectations are exceedingly high for COP21 as leaders hope to finalize a legally binding international climate agreement limiting global warming to below 2 degrees Celsius. 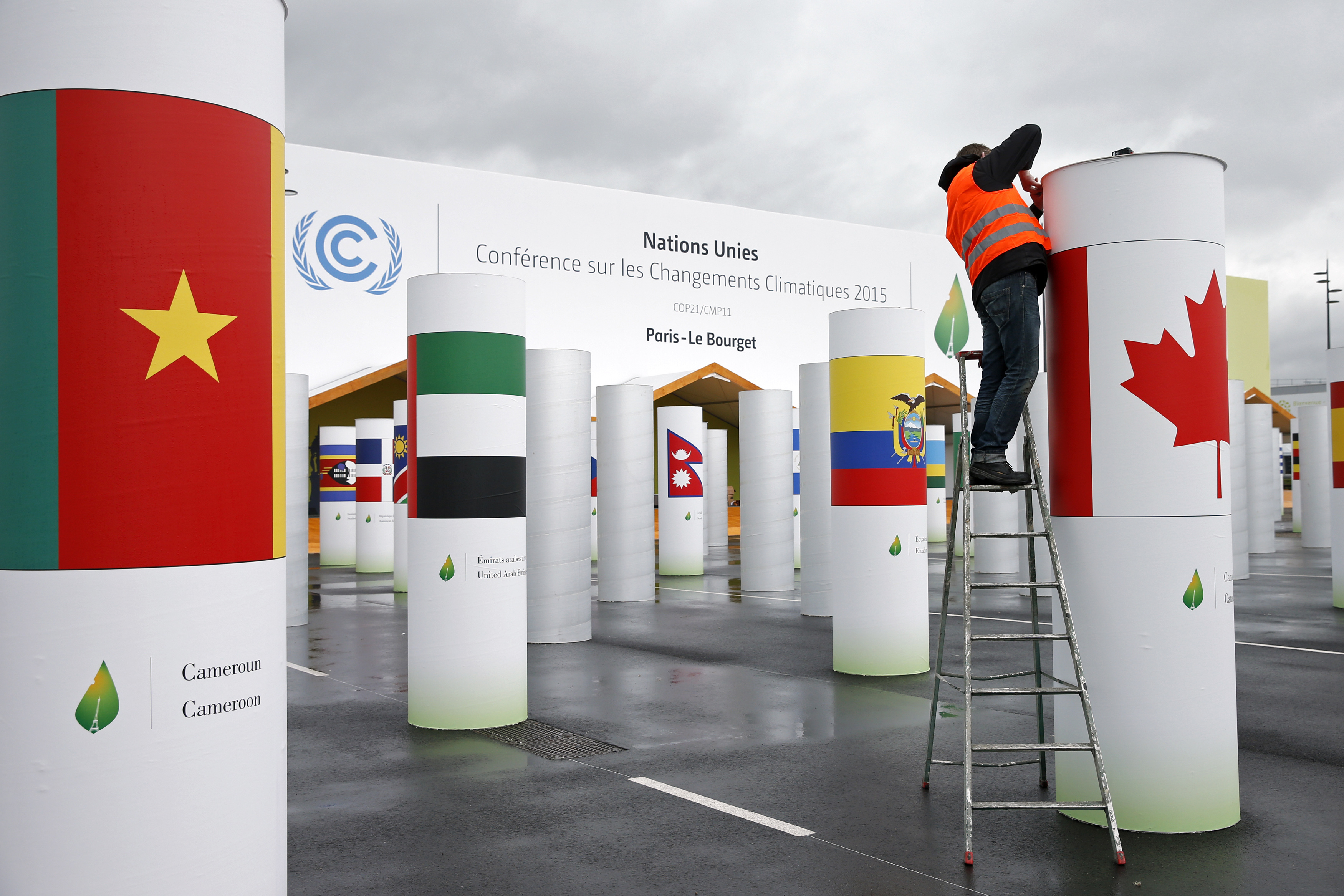 Men work on the site where the upcoming COP21 World Climate Summit will be held at Le Bourget, near Paris, France (REUTERS/Benoit Tessier)

In the lead up to COP21, Brookings experts have compiled a collection of short policy briefs entitled, “COP21 at Paris: The issues, the actors, and the road ahead on climate change,” on some of the key issues in climate action, including climate aid and finance, infrastructure, the pricing of carbon, the relationship between agriculture and climate—as well as some of the key players in global negotiations including Africa, China, India, and the United States.

“One of the most important messages is that there is great worldwide mobilization and that many countries as well as businesses and cities are putting forward their own plans to protect the planet from dangerous amounts of climate change.” – Kemal Dervis, Vice President and Director, Global Economy and Development

A Transformative End to the Year, Timmons Roberts

The Road from Paris, Amar Bhattacharya and Lord Nicholas Stern

The Role of Public Policy in Sustainable Infrastructure, Zia Qureshi

Africa: Financing Adaption and Mitigation in the World’s Most Vulnerable Region, Amadou Sy

In the lead up to, during, and after COP21, PlanetPolicy will analyze and examine the top agenda items and what’s at stake as world leaders aim to achieve an international climate agreement limiting global warming.

Danielle Resnick
Thursday, May 12, 2022
Get daily updates from Brookings