Even before the eruption of anti-Muslim rhetoric in the past several weeks, I had a privileged position from which to observe the deep current of Islamophobia that ran beneath the crust of mainstream politics over the fourteen years since 9/11. Because I work on Islamist extremism, my dad often forwards emails about Americans Muslims he receives from friends to ask if they are true. I don’t blame him for asking: they’re truly scary. Muslims imposing Sharia law over the objections of their fellow Americans. Muslims infiltrating the U.S. government to subvert it. And so on.

But as with most Internet rumors circulated over email, the vast majority of the scary reports aren’t true. Take a peek at the “25 Hottest Urban Legends” on the rumor-busting website Snopes and you’ll see what I mean. The 11th on the list is about Muslim passengers on an AirTran flight that attempted a dry run to bring down a plane (they didn’t). The 15th is about an American Muslim who oversees all U.S. immigration (she just coordinates special naturalization ceremonies). The underlying message is that American Muslims are not to be trusted because of their religion.

One reason these rumors have currency is that most Americans don’t know many of their Muslim neighbors. For all the worry of a Muslim takeover, there are only around 4 million in this country, a little over 1 percent of the total population. Most of them do not live in Republican strongholds, where they are most feared.

[A]s with most Internet rumors circulated over email, the vast majority of the scary reports aren’t true.

Of course, familiarity does not always lessen fears or tensions. But it does complicate easy stories about an unfamiliar culture and those who identify with it. For example, because I’ve worked on counterterrorism in the U.S. government, I’ve never bought the story that American Muslims are infiltrating the U.S. government to subvert it. I’ve simply met too many Muslims in the government working impossible hours to keep this country and its Constitution safe.

American Muslims have their own easy stories to tell about non-Muslims that could use some complicating. Several of my Muslim friends have been surprised at the number of non-Muslim strangers who’ve come up to them and voiced their support. They’re surprised, presumably, because they assume that most non-Muslims in this country agree with Trump’s rhetoric, which they don’t. 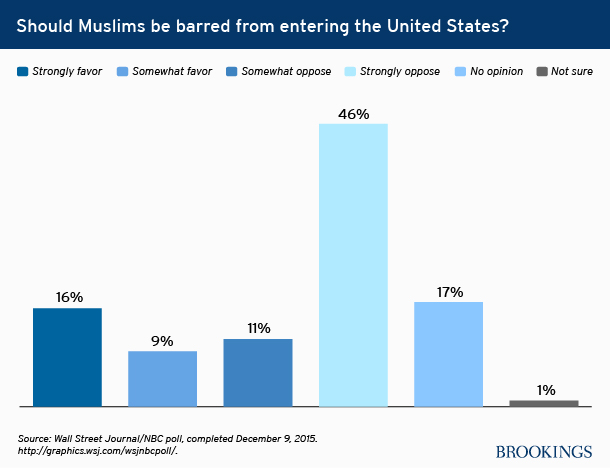 Some American Muslims view Islamophobia a natural outgrowth of white American racism, religious bigotry, and xenophobia. That easy story may account for some Islamophobia but it ignores something major: actions by Muslims to deliberately set non-Muslims against them. Jihadist groups like al-Qaida and ISIS carry out attacks in this country to create popular backlash against Muslims in hopes of recruiting those who are angered by the backlash.

Even though most Muslims reject the siren call of the jihadists, the backlash still leads some Muslims to expect the worst of nonbelievers and of the American government. Like the anti-Muslim rumor mill, they spread half-truths about Christian vigilante violence and government plots. For example, at least one prominent religious leader in the American Muslim community has insinuated that the San Bernardino attackers were patsies in a government conspiracy against Muslims.

Since it’s the holiday season, I shall indulge in a wish for the New Year. My hope is that we’ll all try to be a little less suspicious of one another’s motives and a little more suspicious of the easy stories we tell. I know the wish is fanciful given the current political climate but I’ve been struck by the number of Americans—Muslim and non-Muslim—who have been willing to confront their biases over the past few weeks and see things from the other side. If our enemies succeed by eroding our empathy for one another, we will succeed by reinforcing and expanding it.