The Islamic State (or ISIS) is “the best-funded terrorist organization we’ve confronted,” but “we have no silver bullet, no secret weapon to empty ISIS’ coffers overnight.” These were the words of David Cohen, the undersecretary for terrorism and financial intelligence at the U.S. Department of the Treasury in a speech yesterday, in which he outlined the U.S. government’s assessment of ISIS finance and a strategy to counter it.

According to Cohen, ISIS’ principal source of finance is still derived from its control and sale of oil, which he assessed was still bringing in $1 million a day. Additional funds come from kidnap for ransom, extortion networks, criminal activities, and donations from external individuals, the latter being of least significance in terms of scale. In order to counter this broad base of financial incomes, Cohen explained that U.S. strategy is focused on disrupting ISIS revenue streams, restricting ISIS access to the international financial system, and targeting ISIS leaders, facilitators and supporters with sanctions.

Despite vastly underestimating ISIS’ potential in the months and years leading up to the organization’s 2014 offensives in Syria and Iraq, the Treasury’s, and by extension the U.S. government’s assessment of ISIS finance and how to combat it does seem largely in tune. It is indeed right that external financial donations are of minimal significance to ISIS. Since as early as 2005, ISIS predecessor organizations Al-Qaeda in Iraq (AQI), Majlis Shura al-Mujahideen, and the Islamic State in Iraq (ISI) all consistently sought to develop internal structures dedicated to maintaining financial self-sufficiency and an independence from potentially vulnerable external donors. In the current climate, however, a diminished capacity to earn from the sale of oil may elevate the importance of external sources of funding for ISIS to sustain its internal durability.

For this reason, it is more important than ever to now focus on existing ISIS donors abroad — particularly in the Gulf — in order to diminish their potential to expand in scale when the need may arise. As Cohen made clear, initiatives in Saudi Arabia and the United Arab Emirates appear to have made some headway, while in Kuwait and Qatar, Cohen assessed that despite new legislation aimed at countering terrorist financing, both countries remain “permissive jurisdictions” for such activities and that “both countries have more work to do.” At this point, it is unclear whether new legislation — introduced in Qatar in mid-September and in Kuwait, in January — has been slow to make an impact, or is simply not powerful or as far-reaching as is necessary. Whatever the case, it remains evident that more needs to be done by Qatar and Kuwait to enforce their laws. 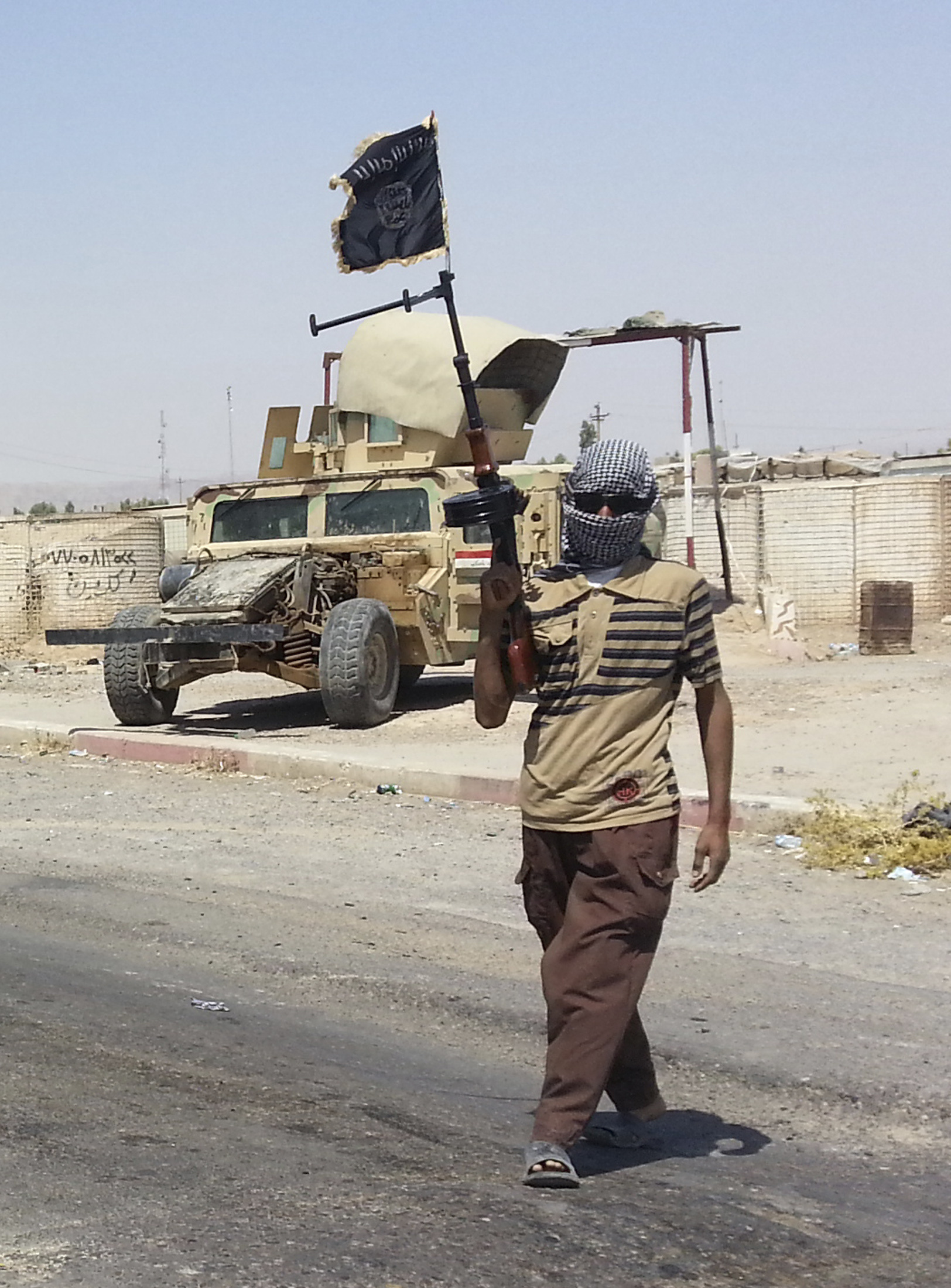 No Gulf state has an interest in facilitating or turning a blind eye to terrorist financing, as the recipients of such funds are explicitly hostile to them. In fact, ISIS has periodically singled out Qatar and its Ministry of Foreign Affairs in particular, as being kuffar (nonbelievers) for its role in apparently providing humanitarian aid through member groups of the Islamic Front in northern Syria — a body ISIS labels sahwat, in reference to the tribal militias who rose up against the ISI in Iraq in the mid-to-late 2000s.


Extortion and illicit taxation systems are also a significant source of income for ISIS, and potentially one of the most sustainable. Prior to capturing Mosul, ISIS was already earning $12 million a month in the city alone. This is now being replicated, though in a more organized manner, across ISIS-controlled territory and covertly in other areas under its partial influence. However, it should be recognized that this ‘extortion’ and taxation is not always done unilaterally and solely in ISIS self-interest. For example, a sophisticated ISIS taxation system on the main highway between Jordan and Baghdad has been developed which replaces the government’s import tax by charging reduced rates for the transport of goods into the Iraqi capital. The trucking business across western Iraq is primarily controlled by Sunni tribes, and therefore, by imposing lower taxes ISIS earns a steady income but offers its tribal guarantors an opportunity to increase their earnings.  Similar systems are in place elsewhere in western Iraq and eastern Syria, with an overriding emphasis place upon this dual focus of earning money while retaining a ‘buy-in’ from tribes that ISIS existentially relies upon for its societal survivability.

The sustainability of ISIS extortion and taxation makes it a tough nut to crack in terms of counter-terrorist financing. As Undersecretary Cohen stressed, truly eroding this source of ISIS income means breaking its hold over territory. But this is simply not going to happen without genuinely capable local ground forces following up targeted coalition strikes. Iraqi Army units are still losing and retreating under ISIS attack in Anbar province, while quite remarkably, US-backed rebels in Syria still complain of having had no coordination with coalition action.

Disrupting ISIS’ oil income is more of a challenge that might meet the eye. Thus far, a great deal of focus has been placed on an erroneous assessment that ISIS is deeply reliant on selling its oil to foreign customers (in Turkey, Iraqi Kurdistan, Jordan and elsewhere). Instead, while this market focus does exist, it is decreasing. Since the summer, ISIS has been increasingly focused on establishing a durable internal market for its oil produce, thereby ensuring a reliable source of fuel for its own fleets of vehicles but crucially creating a source of dependence between civilians and its capacity to provide them cheap oil. In this respect, the fact that recent coalition strikes have targeted oil at its source — rather than its means of transport or sale, for example — may prove deeply damaging to the international community’s efforts to counter ISIS.

In recent discussions with nearly two-dozen armed groups in Syria, this was highlighted as a critical error in strike targeting (not to mention wider frustrations within the opposition regarding strikes). Winter is only weeks away and oil to fuel generators, bakeries and other key local facilities will be short in supply, to say the least — both within and outside ISIS territory. Should ISIS have proven incapable of transporting oil to civilians, it would likely have been forced to shoulder the blame, but with the oil wells and makeshift refineries themselves now destroyed, ISIS will try (and may likely succeed) in shifting the blame on ‘the Crusaders.’ “You’ve given them a real gift,” were the words of one prominent rebel leader. 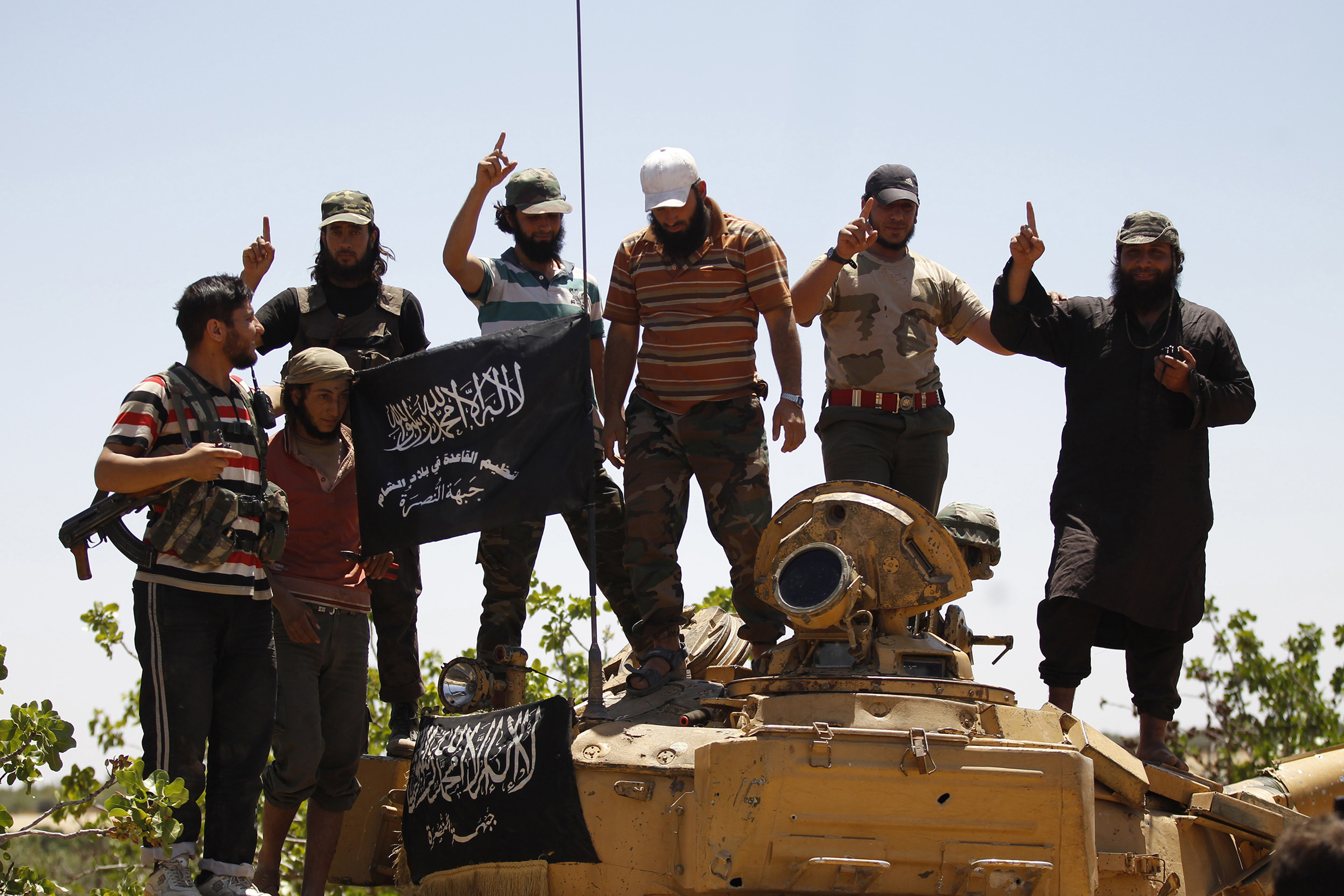 While ISIS has long focused on financial self-sufficiency and independence, Al-Qaeda is founded on a different model, whereby regional affiliates find themselves within a decentralized structure held together in part by established individual donors and financial networks. Al-Qaeda’s affiliate in Syria, Jabhat al-Nusra, is no different in this respect, with its principal source of income deriving from external donors, while ransoms, a minimal internal taxation system, and activity in local black markets also contribute.

The prominence of external funding — from individuals (many in the Gulf) and internal Al-Qaeda networks around the world — makes for a more identifiable counter-terrorist finance target. An intensified identification and sanctioning of individuals suspected of involvement in facilitating the collection and transfer of money to Jabhat al-Nusra appears to have rubbed a serious dose of salt in a wound caused by the group’s loss of oil fields in eastern Syria to ISIS earlier this year. While an apparently dwindling source of income has seen Nusra expand its kidnap-for-ransom operations, the group has also accelerated a process of internal change whereby it is thinning out its forces and increasingly adopting a more ‘typical’ Al-Qaeda nature.

According to rebels in Idlib, Hama, and Aleppo, Nusra is currently selling off heavy weapons in northern Syria, both to earn much needed income, but also to transform into more of a light rapid reaction force capable of redeploying to other battles with ease. Its senior leadership is becoming less Syrian and the influence of veteran Al-Qaeda commanders is increasing. Foreign fighters are receiving a heightened public profile, while an overt emphasis on the group’s ‘Syrian-ness’ has reduced notably. While Nusra has dedicated provincial commands in Aleppo, Hama, Idlib, Homs, the Qalamoun, Damascus and Deraa (the latter incorporates Quneitra), its presence in its Idlib stronghold and to some extent also in Deraa is becoming increasingly self-interested and unilateral in nature.

This shift in Nusra’s internal structure and public operational posture may be part of its natural evolution, but it appears to have been accelerated by diminished finance. Moreover, the initiation of coalition strikes against its externally focused ‘Wolf’ unit in Aleppo has likely consolidated this radicalizing shift. Ironically therefore, counter-terrorist measures may be creating more of an enemy in Jabhat al-Nusra than was there before.

Countering terrorist finance is an intensely complex and challenging effort. In the short-term, it can bring a combination of positive and negative consequences, but in the long-term, if done right, it can cripple a terrorist organization’s capacity to operate and grow. ISIS and Jabhat al-Nusra are two entirely different beasts in this regard, and they should be treated as such.

In controlling such vast amounts of territory and resources, ISIS is more vulnerable in the immediate term, but its potential capacity to shift blame onto the international community for its reduced capacity to provide must be borne in mind. Though necessitating a gargantuan effort in minimal time, the provision of large quantities of diesel fuel and oil for generators into opposition areas of northern Syria should be an immediate policy priority. In the long-term, rolling back ISIS will only come from a meaningful offensive by well-resourced and capable indigenous ground forces. In Syria, home to ISIS’ capital city, this appears to be a very long way away, unfortunately.

Jabhat al-Nusra, meanwhile, still retains extremely significant popularity within the opposition. It remains extraordinarily difficult to get Syrian rebels, including defected secular nationalist officers, to condemn Nusra’s role within the armed opposition against the Assad regime. This has been very subtly changing though, thanks to Nusra’s internal evolution. Should financial pressure continue to be enforced, a process of gradual seclusion may accelerate over time.


It remains extremely difficult, nigh on impossible for external actors to totally defeat terrorist organizations. Instead, such groups tend to eventually destroy themselves from within. Countering their sources of finance can expedite this process, but only when done gradually and when based on a genuinely accurate assessment of the organization and its surrounding dynamics — both the fish and the sea, to use Mao’s famous words.