Last week, over 100 experts from across the U.S. came together at the Brookings Institution on the sixth anniversary of the Citizens United decision to analyze its disastrous consequences and how to repair them. The room was as diverse as it was packed. Two dozen current and former members of Congress, representatives of the executive and judicial branches, both state and federal, attended. They sat side-by-side with business leaders and lobbyists, activists and scholars. Conservatives and Tea Party leaders mingled with liberals and progressives. All were united by their agreement that the current system is broken—and their determination to fix it.

Several points of consensus emerged from the half day event.

First, we are facing a crisis due to the flood of money that is drowning American democracy. For example, Congressman Steve Israel expanded on his recent New York Times op-ed describing why he his quitting Congress. He related his experience of calling potential campaign donors from a small cubicle off the Capitol grounds—a practice referred to as “call time.” Invoking images from The Wolf of Wall Street, Congressman Israel compared the practice to “selling penny stocks, only it’s shares of democracy that are being traded.” The result is voter disillusionment– voters increasingly feeling like their voices are not heard because they cannot make large political contributions. Author Peter Schweizer, President of the Government Accountability Institute, argued that businesses suffer under this system as well. From his perspective, “Businesses … are targeted by politicians in the search for cash,” in a type of extortion by which politicians use their influence to benefit only those who can pay up. The Executive Director of Take Back our Republic, John Pudner, argued that the campaign finance system is the single greatest threat to national security—if domestic interests can purchase influence in our system, international interests can figure out a way to do so as well. 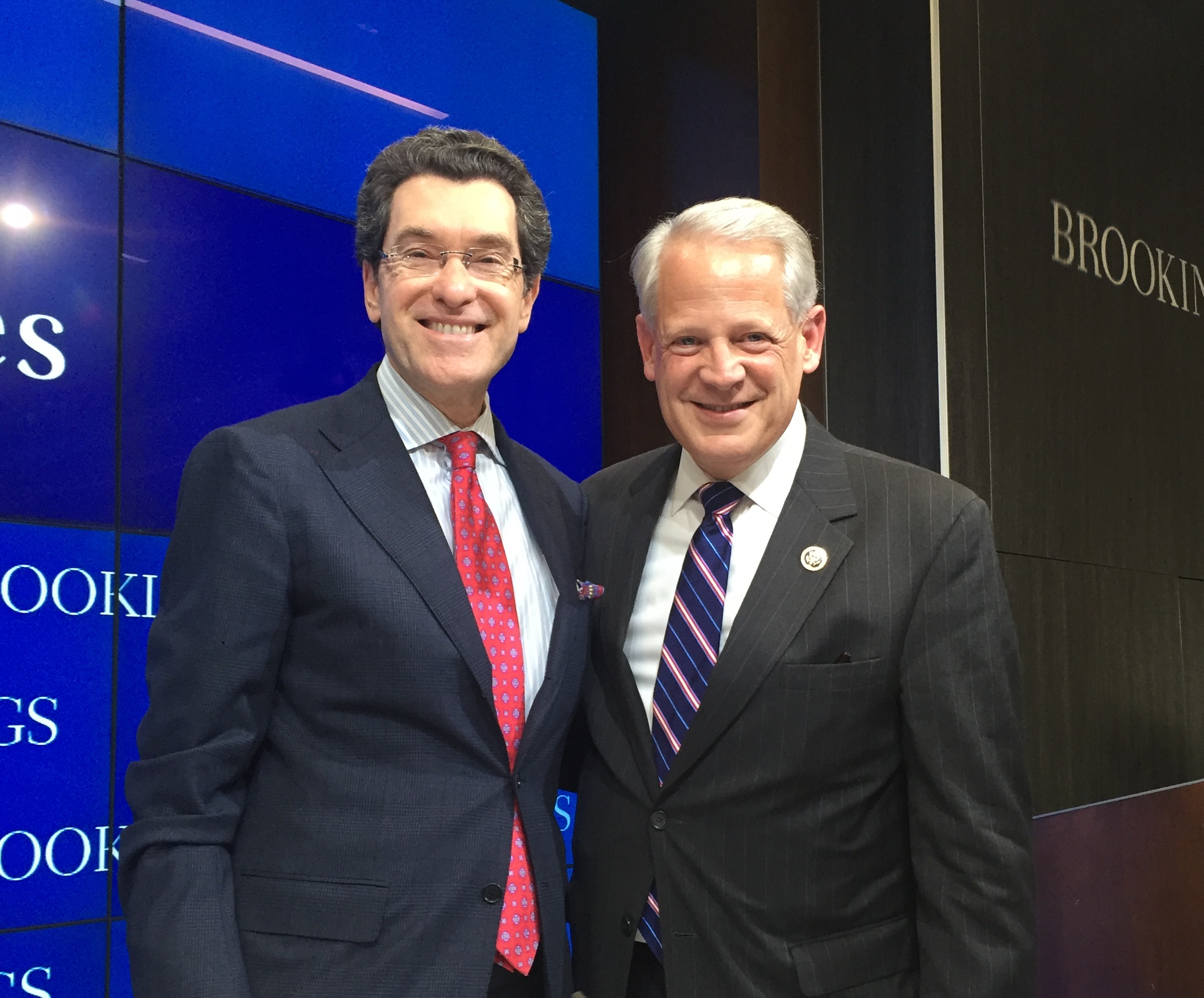 Second, there is hope for a fix. There are a wide range of innovative solutions at hand, many of which have already been successfully deployed at the state and local levels. Commissioner and outgoing Chair Ann Ravel of the Federal Election Commission laid out a reform agenda for that organization. John Bonifaz of Free Speech for People advocated for a 28th amendment allowing for campaign spending limits, reminding the audience, “We have done this before in our nation’s history; 27 times before. Seven of those times to overturn egregious Supreme Court rulings.” Fred Wertheimer urged strategies to capitalize on the small donor revolution that technology has ushered in, as well as a renewed push for public finance. Judges and legislators from states across the union discussed how public finance and other remedies are working at the state and local levels. Still others advocated solutions including a pledge that would commit politicians to ethical fundraising standards and campaign finance reform agendas when in office; reform in the Federal Election Commission to allow greater enforcement authority; corporate governance policies that require publically held companies to openly disclose political contributions and be accountable to their shareholders; and many, many more specific solutions to tackle the problem from all sides.

Third, and perhaps the most important takeaway from the event, was that those fixes are in political reach. Expert after expert, all from vastly different backgrounds and political orientations, argued that we are much closer to achieving these solutions than we think. The entire program was evidence of that—the size, diversity, and passion of the attendees mirroring a nation of voters who are demanding their representatives do what’s necessary to fix our broken campaign finance system. In the concluding panel, Congressman John Sarbanes predicted, “I think the public is going to demand this. That’s why the time is now. The broad public has arrived at a moment where they are demanding a response to the way they feel. If they don’t get it from some of the solutions we’re proposing, because we don’t educate them that those solutions are there, they’re going to grab a pitchfork and they’re going to go somewhere else. But there’s plenty of evidence that the public will not be denied some remedy to the way they feel.”

The full audio of the event, which includes further discussion of many solutions and the reasons why they are so necessary, can be found on the event page. By clicking there, you can see all the featured speakers, and many more experts participated from the audience floor. Give a listen and you will see why it was such a remarkable day, and why change is nearer that you may think.