I attended a fascinating dinner earlier this week with Greek Foreign Minister Nikos Kotzias as part of his whirlwind visit to Washington DC. I shared with the minister some reflections on challenges facing him and the new Greek government at home in Greece and in Europe. When I served in Prague, I often urged the Europeans to take a page from our U.S. approach in 2009-10 and to avoid excessive austerity. I reiterated that view to the minister, and in particular pointed out the need for Germany to do more to help (see, for example, my colleague Ben Bernanke’s recent post on the German current account surplus in his Brookings blog.) Paul Krugman hit the nail on the head with his recent column as well. On a personal note, when my father found himself trapped in Poland in 1939 is the Nazis invaded, he made his way to Greece, which gave him shelter until he was able to escape to the United States in 1940. So I was able to thank the Foreign Minister for that as well (somewhat belatedly, but all the more heartfelt for that). I was impressed with the Minister’s grasp of the Greek financial crisis and the many other important issues confronting Europe. 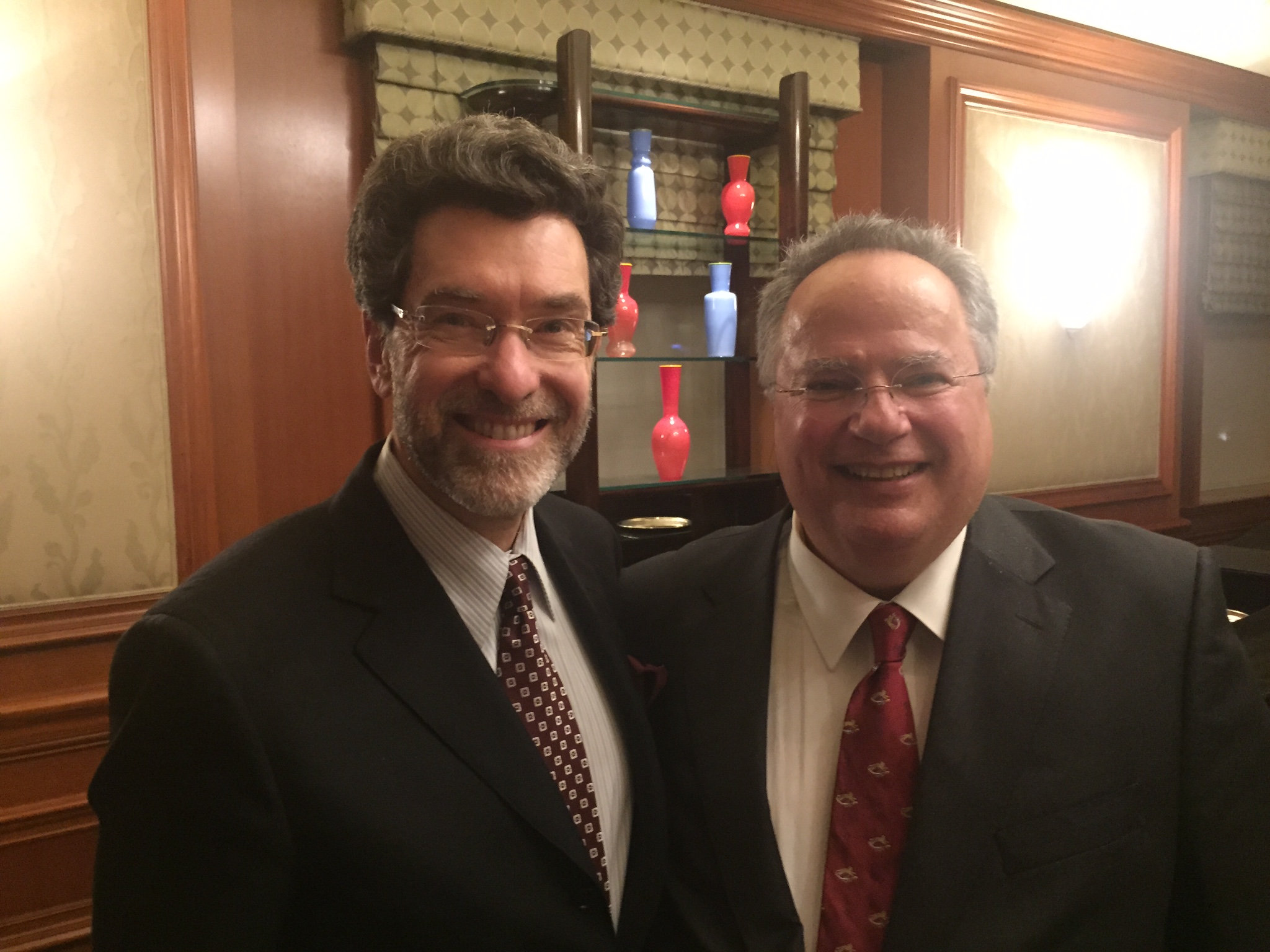