It is no secret that American elections are getting wildly expensive. If you are unlucky enough to live in a swing state or a state with a competitive race for US House, US Senate or Governor, you know that every even numbered year means frequent phone calls, a barrage of campaign mail, and endless television ads. Candidates want your vote, and sometimes it seems their strategy is to annoy the average voter into turning out to the polls.

However, beyond direct candidate appeals, outside groups are now spending heavily on competitive races of all types. Many statewide campaigns now cost tens of millions of dollars, and interest groups, PACs, and other organizations are ponying up with substantial sums to try to reach voters and do one of two things. They either try to convince you one candidate deserves your vote or dissuade you from voting for the other candidate.

How much money is flowing into races beyond what candidates themselves spend? The answer is staggering. Below we profile the 20 most expensive Senate races since 2010 in terms of independent expenditures. The chart shows not only how expensive races are, but the extent to which outside groups seek to influence electoral outcomes. 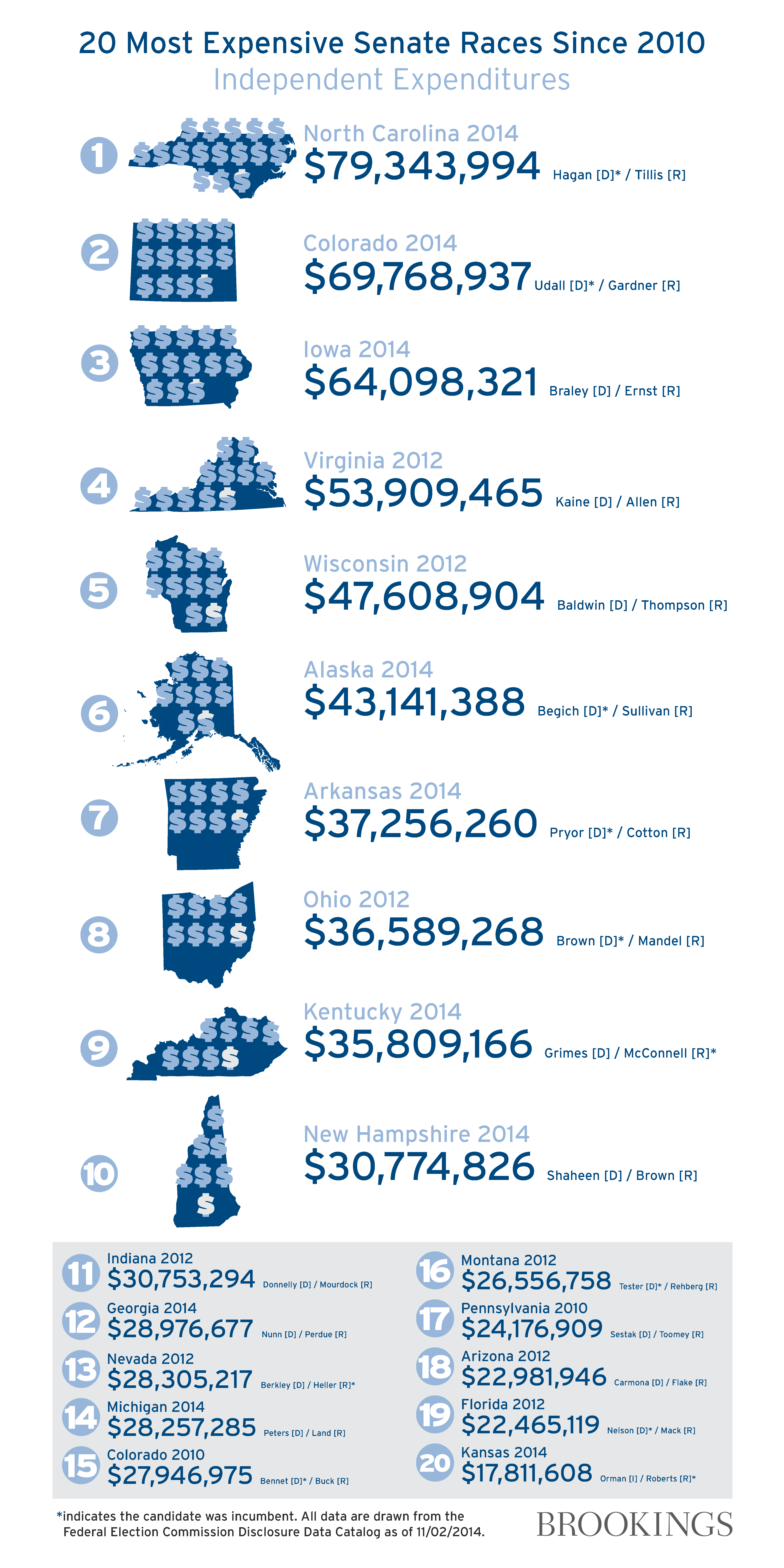 This chart shows that races are getting more expensive. Among these races, only two (Colorado and Pennsylvania) are from 2010. Half (10) of the races are being waged this cycle, and even though data are updated through Sunday, the totals are certain to rise. Those ten races alone have totaled over $435 million in spending in those states.

The totals provide a small picture into the magnitude of money in American politics. The totals exclude direct candidate spending and spending by other, outside groups not subject to as rigorous FEC disclosure requirements.

As campaigns continue to become more expensive and outside groups see participation in elections as a path toward influencing outcomes of both races and policy, there is one political certainty: over the next two to four years, many of the campaigns on this list will be displaced by future, more expensive campaigns for the Senate.

What will Facebook’s ban mean for Donald Trump’s future?

President Biden’s commitment to diversity in the first 100 days

Kathryn Dunn Tenpas
Monday, May 3, 2021
Get daily updates from Brookings