On September 23, 2014, Public Religion Research Institute released our 2014 American Values Survey at an event hosted by The Brookings Institution. As we analyzed the findings, we discovered that the survey contained a rare snapshot of the racial divide between white and non-white Americans before and after the August 9th shooting of Michael Brown in Ferguson, Missouri.

Because of the survey’s large size, the survey had a long field period, from July 21 through August 15, including six days of interviews with nearly 500 Americans following Brown’s death. A survey question about whether black Americans and other minorities receive equal treatment in the criminal justice system vividly captured the strikingly different reactions of white and non-white Americans to the shooting. 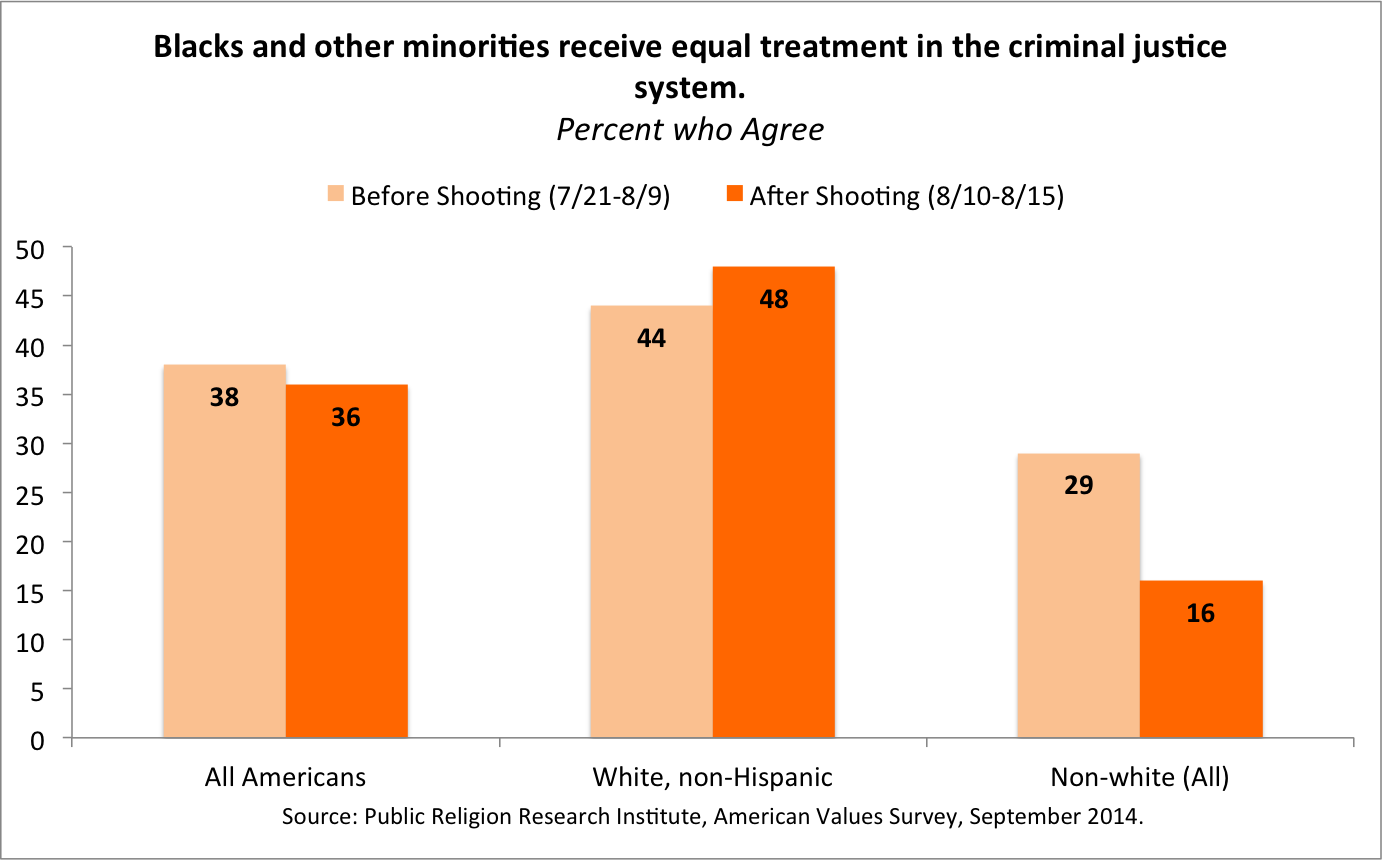 Given these divides, it is difficult to know just how white and non-white Americans might have a meaningful conversation about race and inequality in America. This much, however, seems clear. Like an afterimage, the snapshot of Americans this poll captured six days after Ferguson will likely linger with us for some time.

*In this analysis, PRRI followed an approach developed in the General Social Survey (GSS). Respondents’

were mapped by asking them to name up to seven people with whom they had “discussed important matters” in the past six months.