Yesterday, Brookings held the event, “Faith in Equality: Economic Justice and the Future of Religious Progressives” in conjunction with the release of a new report of the same title by Senior Fellows William Galston and E.J. Dionne, with Korin Davis and Ross Tilchin. With two panels, the event covered a wide array of topics related to both the demographics of religious progressives and the changing religious makeup of the country overall, concluding that religious voices will remain crucial to movements for economic justice. There were three key graphics that stood out to us here at FixGov as particularly illustrative of this point.

1. How the Obama and Romney Religious Coalitions Differ

Obama’s 2012 religious coalition was more diverse, with a higher percentage of non-Christian and minority voters than Romney’s. It was also more reflective of the religious break-downs of the younger generations. 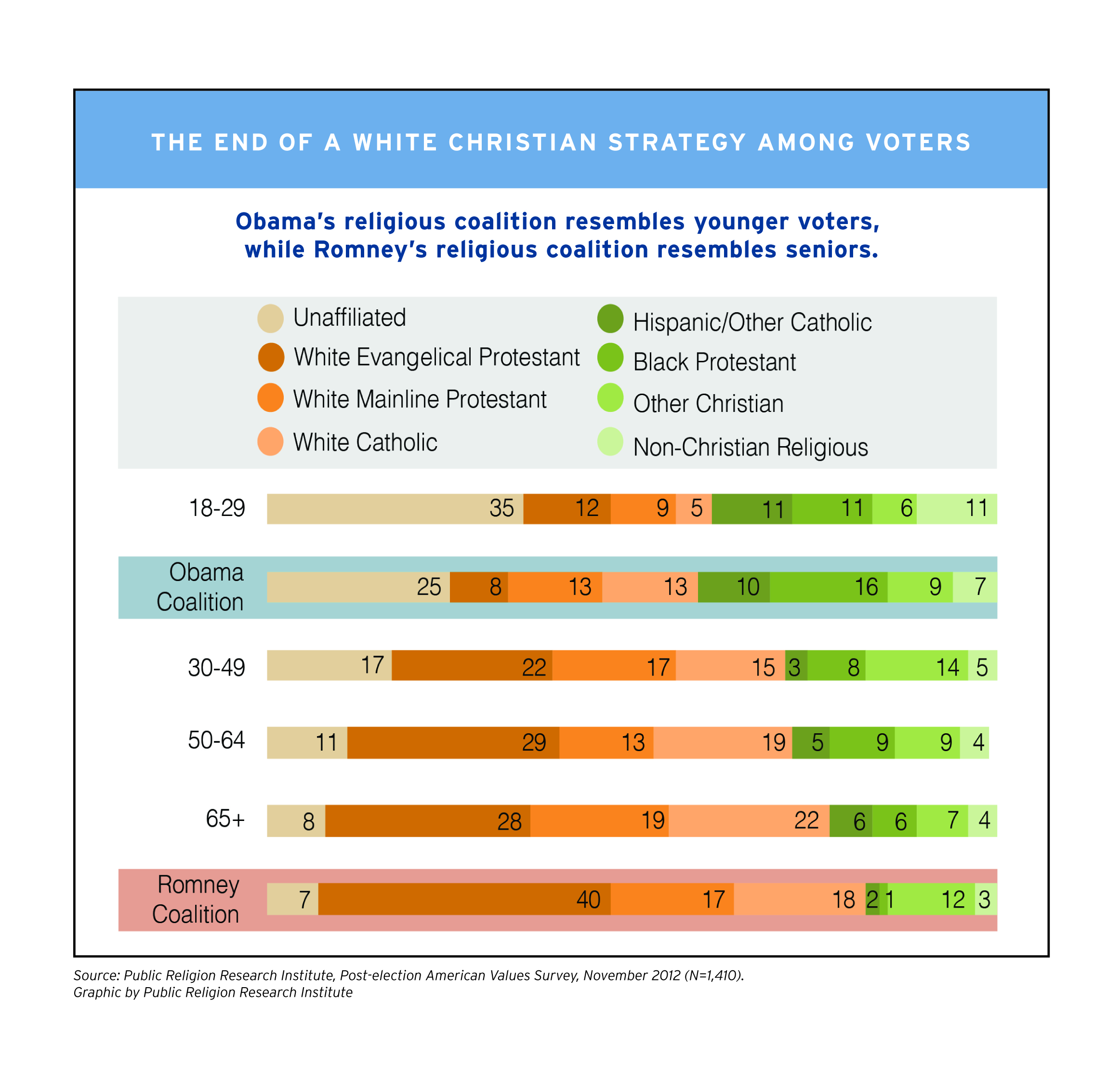 2. Demographic Profiles of Religious Progressives, Religious Conservatives and the Unaffiliated

Similarly, religious progressives (those who are theologically liberal and also hold liberal views on social and economic questions) are younger and more racially diverse than religious conservatives and the population as a whole. 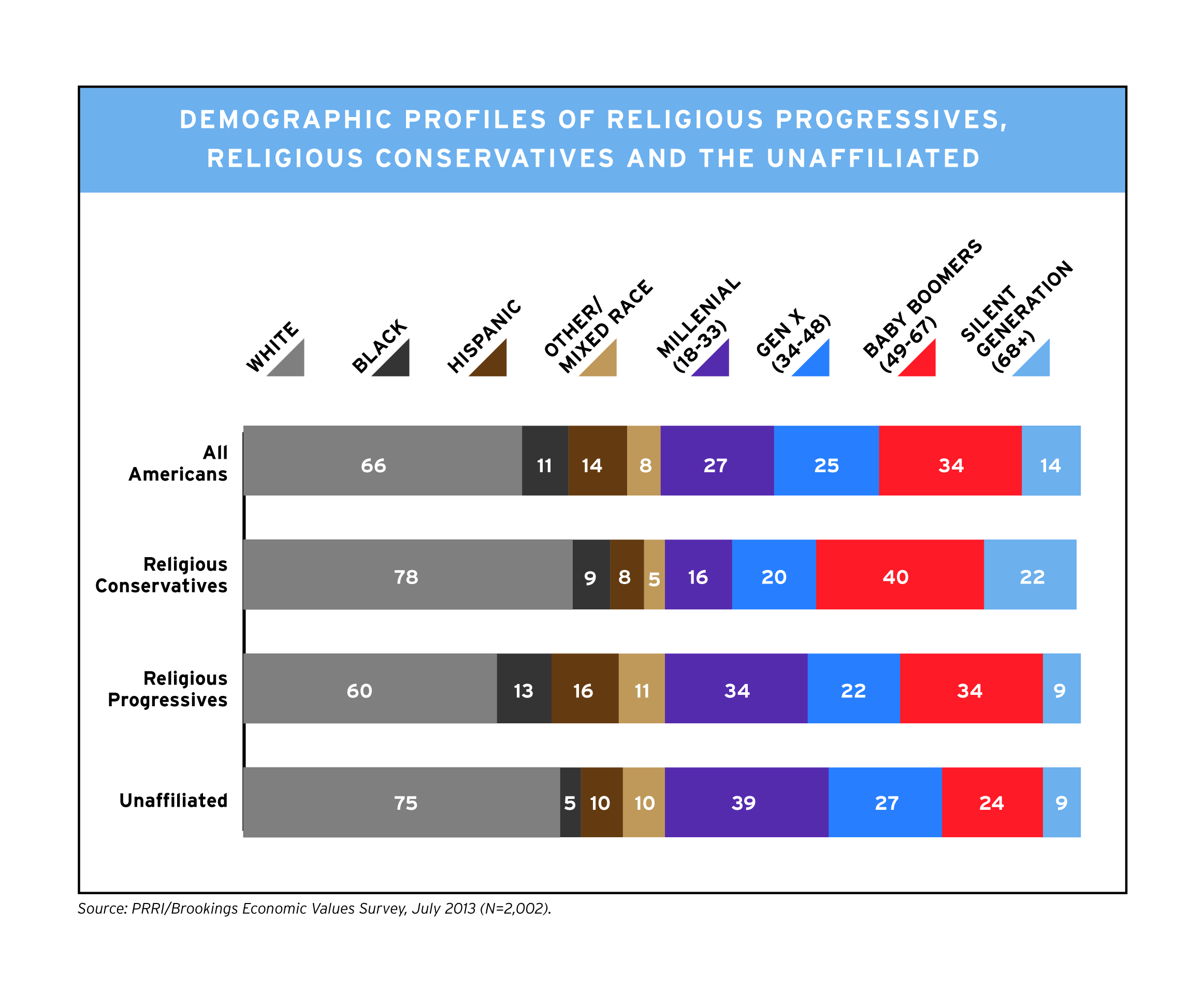 3. Religious and Theological Orientation of the Political Parties

While diversity has been a key to Democratic success in recent presidential elections, it can also make coalition management difficult. The Democratic coalition is made up of the least religious Americans (17 percent of Democrats are religiously unaffiliated) and the most religious Americans (African-Americans). This is reflected in the religious and theological orientation of the parties. The relative homogeneity of the Republican Party means there are fewer tensions but points to long-term challenges, since younger voters are less religiously affiliated and more progressive on many social issues, particularly marriage equality. 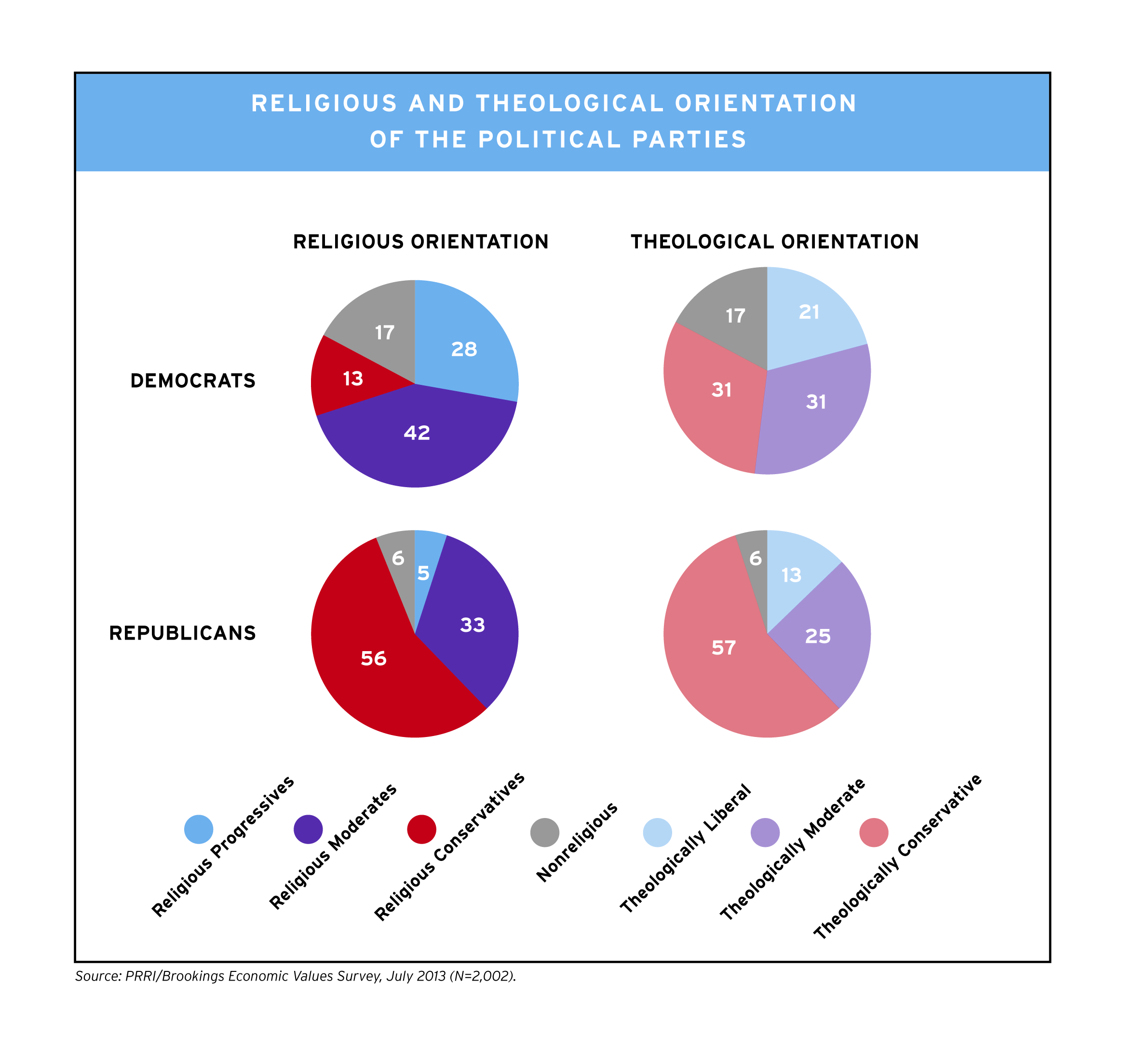 Click here to read the full report, “Faith in Equality: Economic Justice and the Future of Religious Progressives.“

The webcast archive of the April 24 event is available here.

As Israel increasingly relies on US evangelicals for support, younger ones are walking away: What polls show

Shibley Telhami
Wednesday, May 26, 2021
Past Event