On any given day, roughly half a million individuals await trial behind bars in the United States despite not yet being convicted of a crime. The Hamilton Project at Brookings continues to research the cost effectiveness of the pretrial detention and bail systems and their impact on the U.S. economy. This week’s Charts of the Week brings you a sample of The Hamilton Project’s analyses. For more analysis, visit their paper, “Nine facts about monetary sanctions in the criminal justice system.” 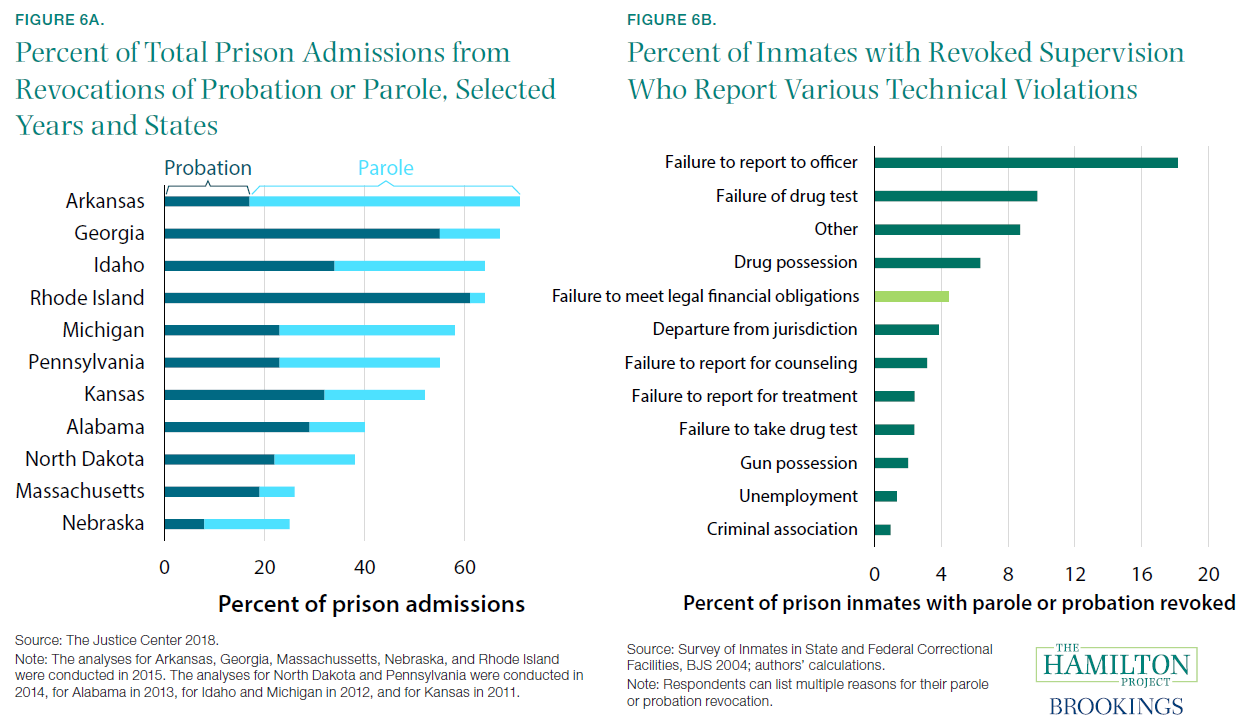 Jay Shambaugh, Patrick Liu, and Ryan Nunn explain that for an individual to remain on parole or probation following their sentence, they must meet several conditions: drug treatment, employment, reporting to officers, and repayment of criminal justice debt, among others. “Failure to report to officer” and “failure to report to drug test” accounted for the largest share of parole or probation revocations, but failure to meet financial obligations factored in more than 4 percent of cases. “A failure to pay is more likely to result in incarceration in a local jail … several investigations conducted in different states and localities found that roughly 20 percent of jail incarcerations were for a failure to pay monetary obligations,” the authors write.

Between 1992 and 2009, the median bail for drug and public-order offenses increased by 33 percent and 48 percent, respectively. Though bail is typically higher for violent offenses, Shambaugh, Liu and Nunn find that bail remains quite high for nonviolent crimes. “Over two-thirds of defendants charged with nonviolent felonies had bail set at $5,000 or higher,” the authors write, the 10 percent premium on which many households cannot pay. “Because median bail amounts … far exceed the liquid savings of a typical household, this ten percent premium is an unavoidable cost for a substantial portion of the population.”