A couple of weeks ago, when we launched the new Brookings Essay, “The Big Snoop: Life, Liberty, and the Pursuit of Terrorists,” which is about the future of the NSA in the Snowden era, we asked passersby on the street and online visitors about their views on the NSA spying scandal. The feedback ranged from opposition to NSA’s activities to support or at least the “I have nothing to hide” view.

Watch the video of the people who spoke with us on the streets of D.C.:

Here are some of the responses we got on Twitter for your #NSAview:

#NSAview . NSA and over-techifying is a violation of the Eisenhower Rule: “Beware of the military-industrial complex”.

@BrookingsInst Not Safe for America

Here’s a sample of what we heard on Facebook: 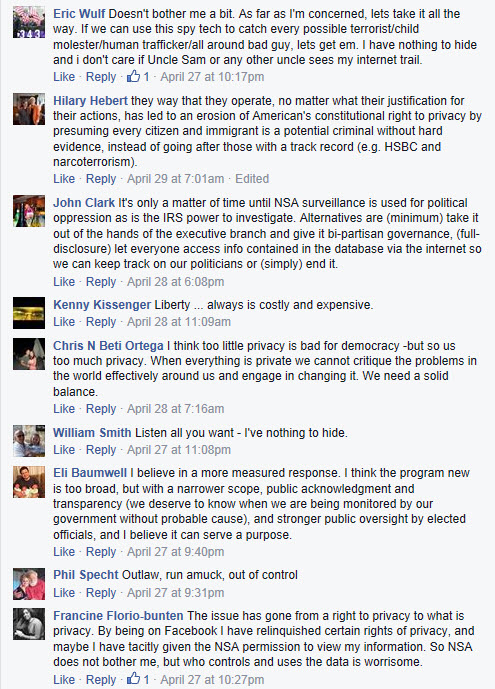 Here’s what some people wrote to us online: 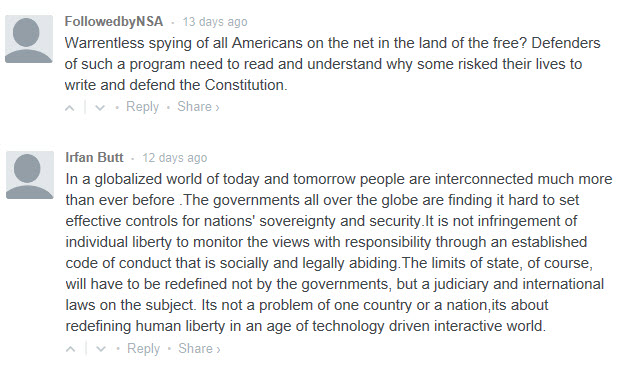 Read “The Big Snoop,” by Stuart Taylor, Jr., then tell us your own views on NSA surveillance by using the hashtag #NSAview on Twitter, Facebook or Instagram.