The XXII Olympic Winter Games are well underway in Sochi, Russia. During the commentary in-between bouts of competition, check out these books, articles and papers from Brookings on Russia, its economy and politics, relations with neighbors and the world, and Vladimir Putin himself.

• After the Olympic Games in Russia, No More Mr. Nice Putin, by Fiona Hill and Steven Pifer

• A Ukraine in Crisis Between Russia and the West, by Steven Pifer

More research on Russia here and also from the Center on the United States and Europe. 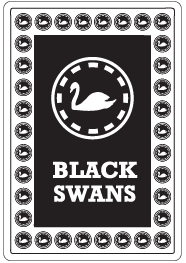 In Still Ours to Lead, Bruce Jones tells a nuanced story of American leadership. He artfully examines the tension between the impulse to rival the U.S.A and the incentives for restraint and cooperation among the rising powers. Both are alive and well in the current system, and the balance provides a continued ability to solve problems and to manage crises at roughly the same rate as when American dominance was unquestioned. Maintaining that balance is central to the question of whether we will live in a stable or unstable system in the period to come.