Editor’s Note: This article appeared in a five-part series for

. The article is also

In the last part, we saw how a massive and growing debt (as well as a dose of bad politics) has set America on a path towards sequestration, or, at the very least, the potential of serious levels of defense cuts. But to understand the actual impact that these cuts might have, including weighing the predictions that such a scenario would “destroy the US military” or mean the US would be “unable to keep up with potential adversaries,” it is useful to pull back and examine where the US defense budget stands in relation to the rest of the world.

The U.S. is the only global superpower, with capabilities and responsibilities that dwarf any and every other state in the world. And, as the below charts show, the U.S. defense budget reflects that reality, outspending all other nations by a significant amount. What is notable about the scale of the U.S. budget is not just its relative size to other nations, but also how many other of the major players (albeit an order of magnitude smaller) are close U.S. allies, like the U.K. or Japan, or unlikely foes, like India or Brazil. Only two of the top ten, China and Russia could be put in the category of potential adversaries. 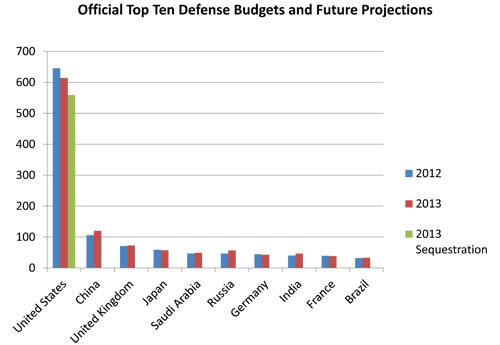 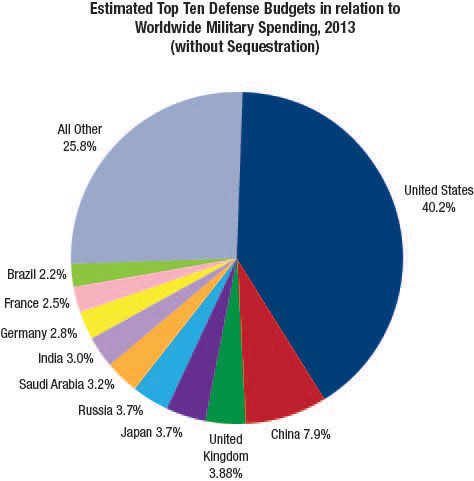 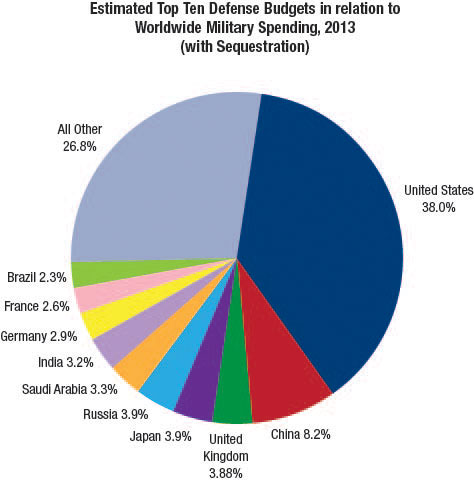 Indeed, it is only on percent of GDP where the U.S. is not ahead, in second place to Saudi Arabia. But here again, sequestration doesn’t change the overall ranking. 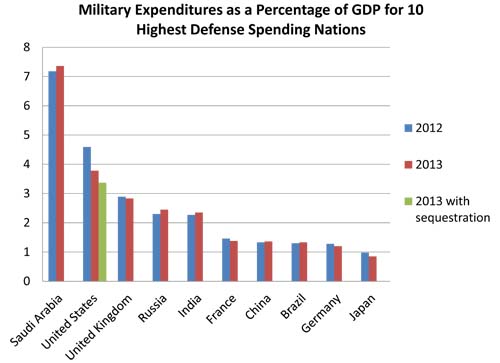 As a side note, one of the fascinating disconnects in American politics today is between the above data and public perceptions of defense spending, which many unfortunately are quick to exploit in our “post truth” era of politics. Only 58% of voters are aware that the U.S. spends more on defense than any other country in the world. And just 33% recognize that America spends almost as much on defense as the rest of the world combined.[13]

[9] The sources used to assemble this chart include:

ASEAN and the Quad: Strategic impasse or avenue for cooperation?