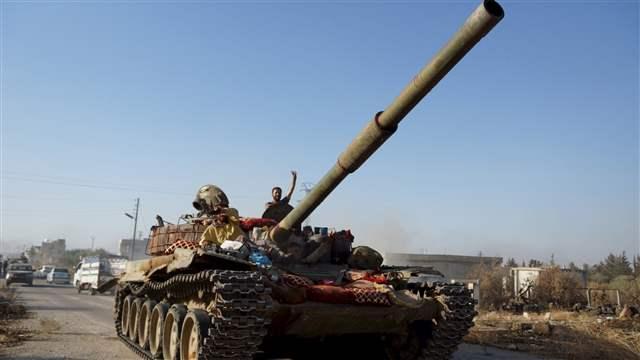 U.S. policy towards Syria since the Arab spring uprisings of 2011 has been a litany of miscalculation, frustration, and tragedy for the people of that ill-fated land. The ascendance of the Islamic State in Iraq and the Levant (ISIL) as the major element of the opposition to the Bashar al-Assad regime may not amount to an imminent threat to American security; indeed, very few Americans have died to date at the hands of ISIL or affiliates. But ISIL’s rise does place at much greater risk the security of Iraq, the future of Syria itself, and the stability of Lebanon and Jordan. It could jeopardize the safety of American citizens as well, given the possibility of attacks by “lone wolves” inspired in their western home by ISIL propaganda, or by westerners returning from the Syrian jihad to carry out attacks at home. Massacres on a par with the Charlie Hebdo tragedy, or worse, could easily occur in the United States. The potency of the al-Nusra organization, al Qaeda’s loyal affiliate, within the Syrian opposition is also of considerable concern.

This paper makes a case for a new approach to Syria that attempts to bring ends and means more realistically into balance. It also seeks to end the Hobson’s choice currently confronting American policymakers, whereby they can neither attempt to unseat President Assad in any concerted way (because doing so would clear the path for ISIL), nor tolerate him as a future leader of the country (because of the abominations he has committed, and because any such policy would bring the United States into direct disagreement with almost all of its regional allies). The new approach would seek to break the problem down in a number of localized components of the country, pursuing regional stopgap solutions while envisioning ultimately a more confederal Syria made up of autonomous zones rather than being ruled by a strong central government. It also proposes a path to an intensified train and equip program. Once that program had generated a critical mass of fighters in training locations abroad, it would move to a next stage. Coupled with a U.S. willingness, in collaboration with regional partners, to help defend local safe areas using American airpower as well as special forces support once circumstances are conducive, the Syrian opposition fighters would then establish safe zones in Syria that they would seek to expand and solidify. The safe zones would also be used to accelerate recruiting and training of additional opposition fighters who could live in, and help protect, their communities while going through basic training. They would, in addition, be locations where humanitarian relief could be provided to needy populations, and local governance structures developed.

The strategy would begin by establishing one or two zones in relatively promising locations, such as the Kurdish northeast and perhaps in the country’s south near Jordan, to see how well the concept could work and how fast momentum could be built up. Over time, more might be created, if possible. Ultimately, and ideally, some of the safe zones might merge together as key elements in a future confederal arrangement for the Syrian state. Assad, ISIL, and al-Nusra could have no role in such a future state, but for now, American policymakers could otherwise remain agnostic about the future character and governing structures of such an entity.

Military history for the modern strategist: America’s major wars since 1861