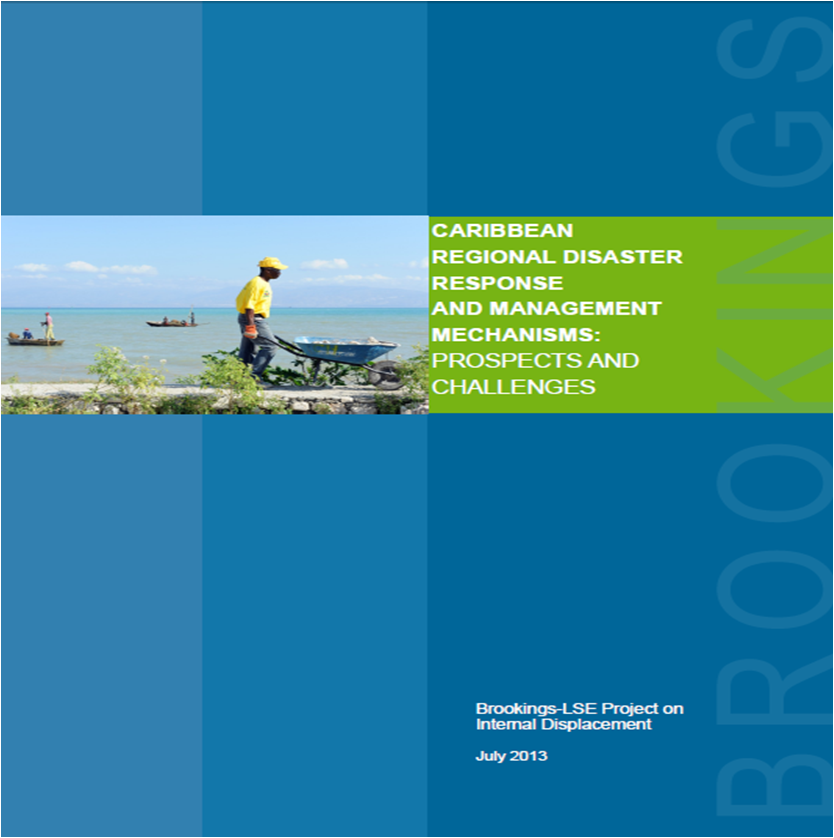 The Caribbean is susceptible to a variety of natural hazards: tropical cyclones, floods, volcanic and seismic activity, droughts and bush fires. These threats are exacerbated by the effects of poor land use and environmental management practices. Small island states in the Caribbean are heavily dependent on the tourism industry and on the agricultural sector, both of which are adversely impacted by weather conditions. Effective disaster risk management (DRM) policies are thus central to development efforts of governments in the region.

This study analyzes the engagement of regional organizations in DRM, beginning in 1991 when the Caribbean Community (CARICOM) heads of government created the Caribbean Disaster Emergency Response Agency (CDERA) as the regional inter-governmental agency charged with coordinating emergency response and   relief efforts to participating states. It has evolved away from its traditional “response and relief” methods towards Comprehensive Disaster Management. This evolution led to a transition to the Caribbean Disaster Management Agency (CDEMA) in 2009. 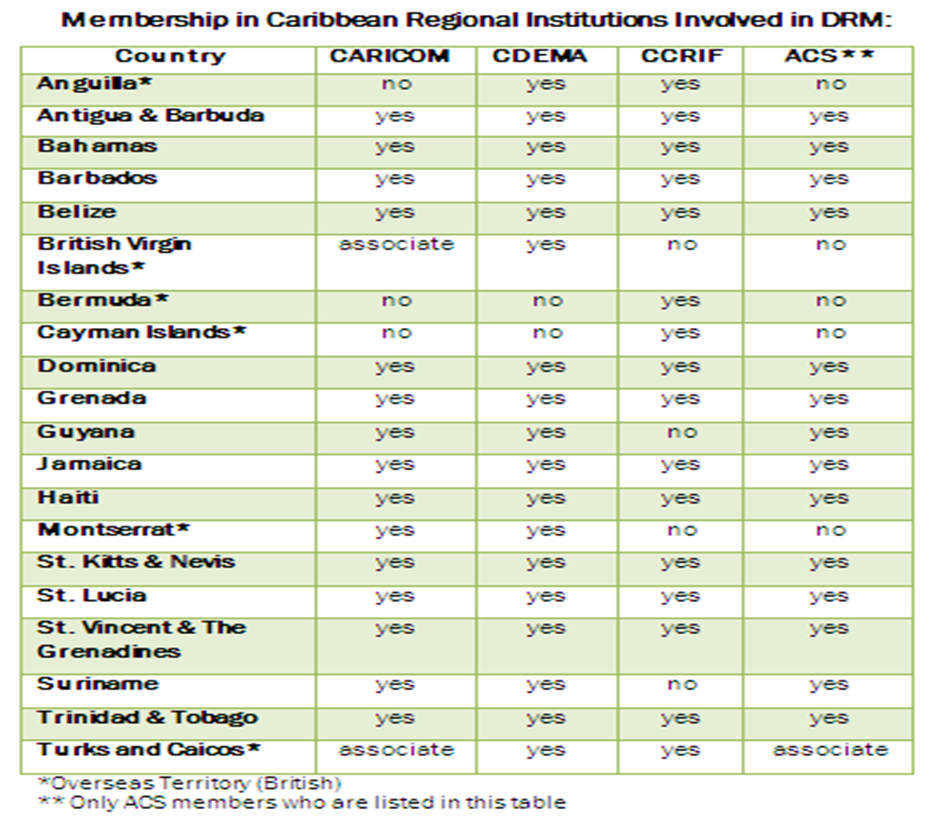 CDEMA’s role has become increasingly important but the organization faces significant challenges constraining its capacity to play a more effective role in disaster management. This is a result of the insufficient regional will. Participating states provide less than 10% of CDEMA’s operational expenses, underlying the gap between political rhetoric and reality in the region. The issue of DRM needs an advocate or ‘champion’ at the highest political level.

The study found poor regional coordination, exemplified by organizational duplication and institutional overlap between actors. As illustrated in the previous table, some CDEMA member states are involved in other frameworks, creating multiple tiers of commitment.

Senior Lecturer, The University of the West Indies

For small Caribbean states, commitments to more than one organization increases the financial and resource strain on the states. And these different organisations have each developed their own DRM strategy or plan of action. The study recommends urgent consideration be given to the establishment of a “one stop shop” through an enhanced CDEMA organisational structure.

How to respond to Putin’s land grab and nuclear gambit