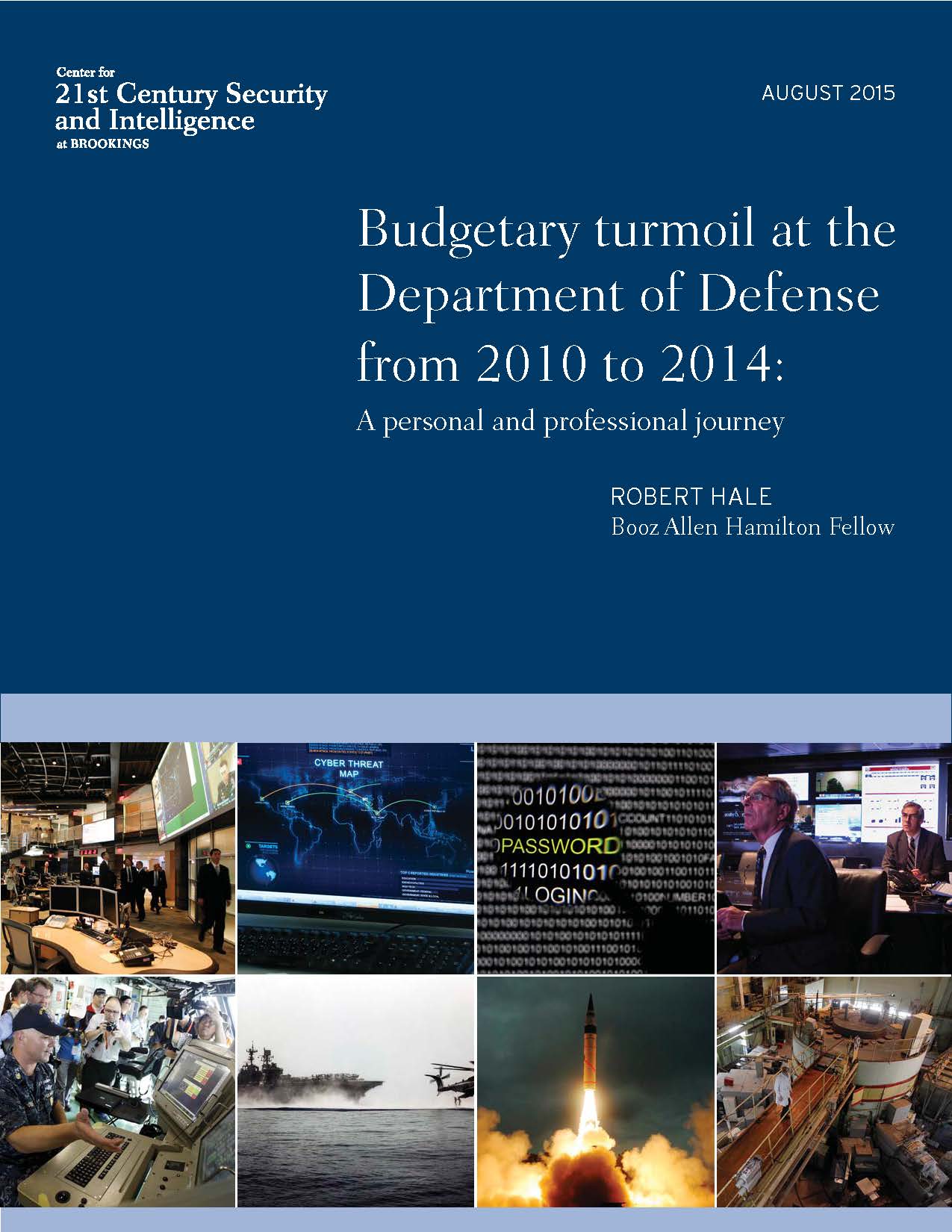 During the past five years, the Department of Defense (DOD) has experienced nearly constant budgetary turmoil. The large and sudden sequester cuts of 2013 and the government shutdown in that same year constitute the best known events. Other instances are less well known but contributed to disruption. They include creating plans to shut down DOD on five different occasions, creating two budgets for the same year on several occasions because of uncertainty about the ultimate size of the appropriation, a major out-of-cycle planning process, and accommodating budgets that were six months late in enactment during two of the past five years. While this paper focuses on past budgetary turmoil at DOD, that turmoil unfortunately continues today.

Author Robert Hale, a fellow at Booz Allen Hamilton, believes that this budgetary turmoil imposed a high price on DOD and therefore on the nation it serves. The price was not measured in dollars, since DOD certainly didn’t get any extra funding to pay the costs of the turmoil. Rather, the price took the form of harm to the efficiency and effectiveness of the department’s mission. The 2013 sequestration led to adverse effects on military readiness, leaving the military less prepared than it should have been had a major contingency occurred. The 2013 back-to-back furloughs for sequestration and shutdown led civilian employees to wonder whether the department still valued their efforts. That year’s sequestration and government shutdown imposed costs that siphoned money away from more useful purposes, not to mention about $400 million in wasted civilian personnel costs. Finally, the budgetary turmoil consumed substantial amounts of the time of thousands of managers already burdened with managing the wars in Iraq and Afghanistan, thereby delaying their efforts to bring about long-term improvements such as audit readiness.

What should be done about the harm caused by budgetary turmoil? Past events cannot be reversed, but there must be an end to the threat of future turmoil. As soon as possible, and no later than the next month or so, the president and the Congress need to reach a two-year budget agreement that provides reasonable budgetary certainty. The country also needs a long-term and broader budget agreement that ends the threat posed by sequester cuts, government shutdowns, and budget delays. That agreement will no doubt have to wait until after the 2016 election, but it should be a high priority for the next administration.

Terrorism in Pakistan has declined, but the underlying roots of extremism remain

The wicked problem of drug trafficking in the Western Hemisphere