The word “ally” has been in the news a lot in recent months. Members of Congress have criticized President Trump for abandoning our Kurdish “allies” in Northern Syria and complained that the president was undermining our “ally” Ukraine. Meanwhile, President Trump reiterated his belief that “our allies take advantage of us far greater than our enemies,” and in advance of the December NATO Leaders Meeting, the United States announced cutbacks in its support for common funding at the headquarters. Americans have frequently been told that allies matter, but what exactly does it mean to be a U.S. “ally”? And why are relationships deemed so vital to American security frequently so contentious?

Where did U.S. alliances come from?

In his farewell address to the nation, George Washington argued that the benefits of this country’s location far from other centers of power, with oceans on either side, meant that “It is our true policy to steer clear of permanent alliances with any portion of the foreign world.”

Following World War II, however, American leaders recognized that to keep the country safe at home, the U.S. would need to manage threats abroad—before they arrived at the American homeland. The result was the decision to establish a set of formal treaty alliances that would create a collective defensive effort to contain Communist expansionism. The U.S. created the North Atlantic Treaty Organization (NATO) with Canada and Western Europe in 1949. In 1951, it signed a Security Treaty with Japan as well as one with Australia and New Zealand (ANZUS), followed in 1953, by a Mutual Defense Treaty with the Republic of Korea (ROK), all of which continue to this day.

The theory behind establishing the U.S. alliance system was that building the capabilities of like-minded states and creating a network of collective defense arrangements would more effectively and efficiently protect America’s global interests. And it has. Over the past 70 years, America’s alliances in Asia and Europe have formed the backbone of what has become known as the “liberal international order,” a U.S.-led system focusing on promoting democracy, market economies, the rule of law, and respect for human rights.

What is a treaty ally—and what isn’t?

Not every country that is referred to as an “ally” meets the formal definition of a country that America has said it is willing to defend in case of attack. The U.S. has close partnerships, for example, with Israel and Saudi Arabia, but those countries are not formal allies. While abandoning the Kurds in Northern Syria raises moral and strategic questions, there is no formal alliance relationship with them. Similarly, what makes Ukraine different from a country like Poland or Estonia is that while it has long received American support, the U.S. has made no treaty commitment to its defense and, therefore, it is not formally an ally.

The core feature of U.S. alliances is their shared commitment to respond collectively to armed attacks, though different U.S. treaties contain slight variations in how they articulate this requirement. The most forceful of these commitments is contained in NATO’s Article V, which states: “an armed attack against one or more [member countries] in Europe or North America shall be considered an attack against them all.” Although this commitment was designed to give West Europeans confidence that the U.S. would come to their aid if attacked by the Soviet Union, Article V has been invoked only one time in the 70-year history of NATO: on September 12, 2001 by the non-American allies after the 9/11 terrorist attacks on the U.S.

The question of how to create “fair” burden-sharing arrangements has been a long-standing issue in U.S. alliance relationships. U.S. presidents since Dwight Eisenhower have complained that NATO allies were not doing enough to contribute to the common defense. Similarly, the Nixon administration urged Asian allies to play a larger role in their own defense as early as the late 1960s. As U.S. allies grew both more economically powerful and more democratic in the 1970s and 1980s, U.S. policymakers pushed more forcefully for partners to shoulder a larger share of the costs of collective defense.

Debates about “burden sharing” tend to focus on two main issues: allied defense budgets and the cost of hosting U.S. forces overseas. Allied defense budgets have waxed and waned—as have U.S. defense budgets—but it’s true that in general, the U.S. has spent a higher proportion of GDP on defense than many allies. In the past decade, however, renewed concerns about Chinese and Russia aggression—as well as calls from both the Obama and Trump administrations for greater allied defense spending—have led many U.S. allies to increase defense spending. In Asia, Australia, Japan, and South Korea have all announced plans for significant new defense investments, much of which includes purchases of U.S. weapons systems. In Europe, following Russia’s invasion of Ukraine in 2014, NATO members agreed to aspire to spend at least 2% of their GDP on defense by 2024. Only four non-U.S. NATO members had met that goal by 2017, leading to bitter complaints from President Trump. But the most recent data released by NATO show steady growth in spending, with eight countries now meeting the 2% target. NATO members also recently agreed to a new cost-sharing formula that will result in Germany and the U.S. paying an equal share—approximately 16%—of NATO’s operating costs beginning in 2021.

Another focus of “burden sharing” discussions has been the cost of maintaining U.S. forces overseas. The largest concentration of U.S. troops are now in Japan (~50,000), Germany (~35,000), and the Republic of Korea (~28,000). President Trump has criticized the costs of these bases, arguing that allies should “either pay the United States for its great military protection, or protect themselves.” However, America does not deploy its forces as mercenaries for hire, simply to defend the territory of U.S. allies. America’s global defense network allows it to more quickly and effectively address a range of global requirements, including protecting American citizens, preventing piracy, deterring violent extremism, and preventing countries like North Korea and Iran from trafficking illicit weapons. U.S. allies work alongside the U.S. in all of these efforts.

America’s allies also defray significant portions of the cost of its overseas military facilities, spending billions of dollars to offset costs the U.S. would otherwise bear alone. Allies contribute to the cost of U.S. facilities both directly and indirectly, through cash payments; in-kind payments such as tax and fee waivers; covering construction costs for U.S. housing and training facilities; and the rent-free provision of valuable real estate to U.S. forces. For example, Japan and South Korea spend almost $2 billion and $1 billion dollars per year, respectively, on host nation support to the United States. South Korea and Japan have also shouldered significant portions of the spending for some of the largest U.S. military construction projects in decades, each paying billions of dollars to support new U.S. facilities in Guam and on the Korean peninsula.

What does the United States get from these arrangements?

While the formal defense requirements of U.S. treaty alliances are relatively narrow, the security benefits it gets from these relationships is significant. On a daily basis, the U.S. and its allies share intelligence, train and exercise alongside each other, and operate common weapons systems, creating combined capabilities that far exceed any force the U.S. could wield on its own. America’s allies have fought alongside the U.S. in every significant military conflict since World War II. In Afghanistan alone, NATO allies have lost around 1,000 service members in support of coalition operations. U.S. allies also form the backbone of support for the global coalition to counter the Islamic State, which now numbers 81 partner nations.

The benefits the U.S. accrues from its alliances stretch far beyond the military domain. America’s allies provide support for U.S. political priorities—such as sanctioning Iran and North Korea’s illicit weapons programs and providing financial support for reconstruction efforts in Iraq and Afghanistan. Allies such as Japan are working together with the U.S. to advance fair and transparent international standards on issues such as digital governance and cyber security. And within the G-7, U.S. allies have coordinated to address issues ranging from the global refugee crises, to international health standards, and education for women and children. Put simply, the past 70 years of American international leadership would not have been possible without the support of U.S. allies.

Can we imagine a world without our allies?

America’s alliances are under great strain due to President Trump’s repeated assertions that the U.S. has borne too great a burden in maintaining them. While it is appropriate for U.S. leaders to engage in discussions about cost-sharing and responsibilities with alliance partners, the president’s rhetoric overlooks the enormous military, political, and financial advantages U.S. alliances have provided.

One need only briefly consider what the past 70 years might have looked like without America’s allies. Could the U.S. have won the Cold War without the NATO alliance? What costs would the U.S. have borne in Iraq, Afghanistan, and Syria without allies by its side? Today, as the U.S. works to address growing authoritarianism and threats to the rule of law, the U.S. alliance network is the strongest advantage it has at its disposal—which is why Congress and the American public have long provided strong bipartisan support for maintaining these ties. 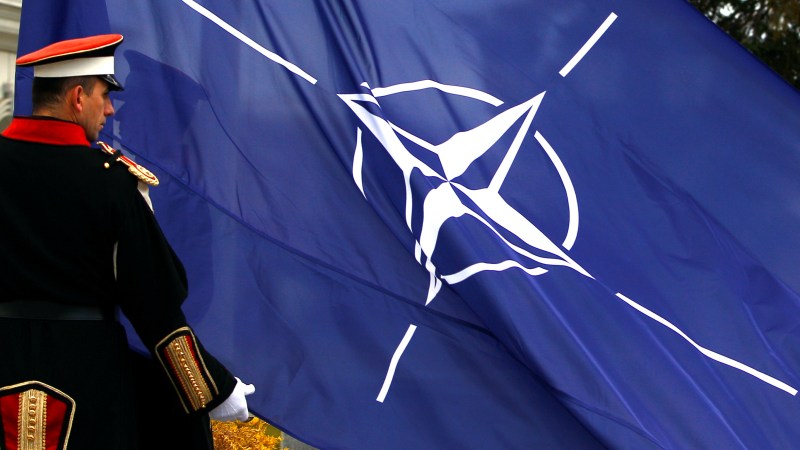 A brief history of NATO, from Truman to Trump

Since the creation of the North Atlantic Treaty Organization (NATO) 70 years ago, the Alliance and the world have gone through three phases: the morphing of World War II into the Cold War; the prospect of “Europe whole and free;” and Russia’s return to its predatory and authoritarian past. 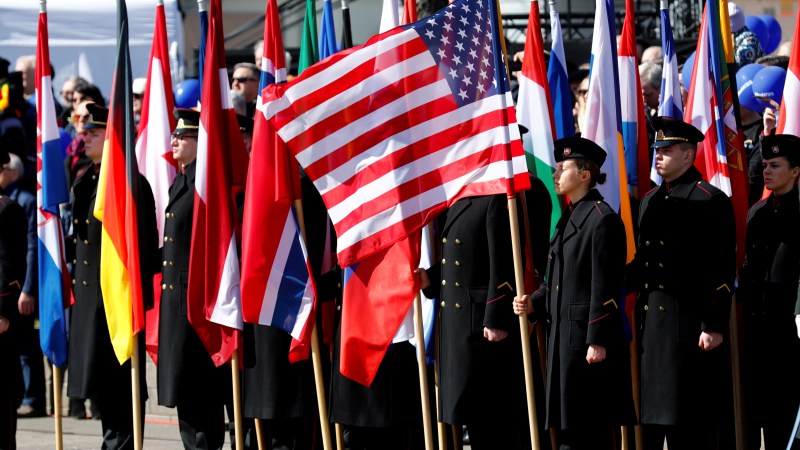 More than any other time in recent memory, the value of America’s alliances are up for debate. What’s the ongoing value of NATO in Europe, and what does China’s military growth mean for alliance strategies in Asia? 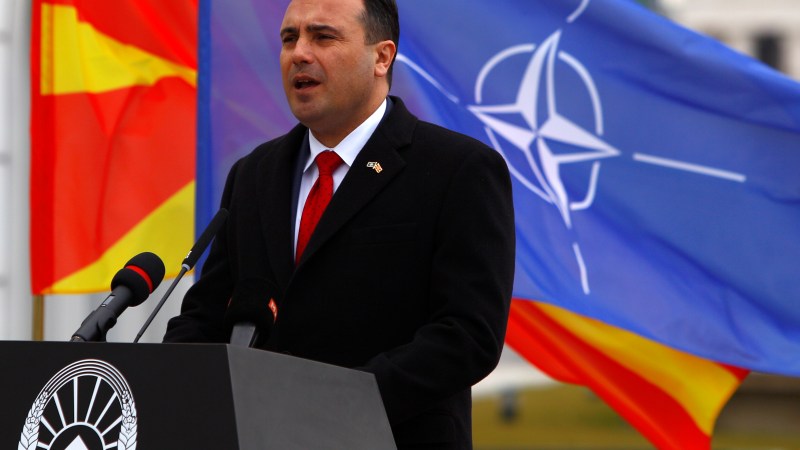 NATO at 70: More than a military alliance

The North Atlantic Treaty Organization turns 70 in April. To discuss challenges to and opportunities for the alliance as it enters its eighth decade, this episode features a discussion among a group of leading Brookings experts: John Allen, president of the Brookings Institution; Constanze Stelzenmüller, the Robert Bosch Senior Fellow in the Center on the United States and Europe at Brookings; and Michael O’Hanlon, a senior fellow and director of research in the Foreign Policy Program at Brookings. 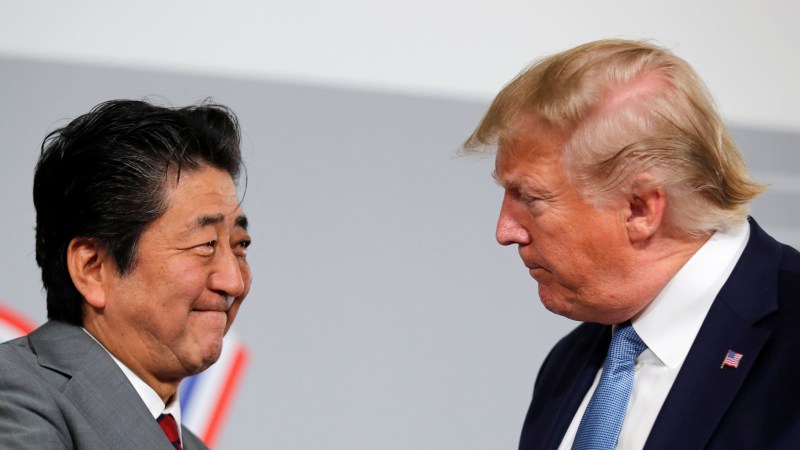 The stress test: Japan in an era of great power competition

With a dramatic power shift in the Indo-Pacific, the intensification of U.S.-China strategic rivalry, and uncertainty about the United States’ international role, Japan confronts a major stress test. 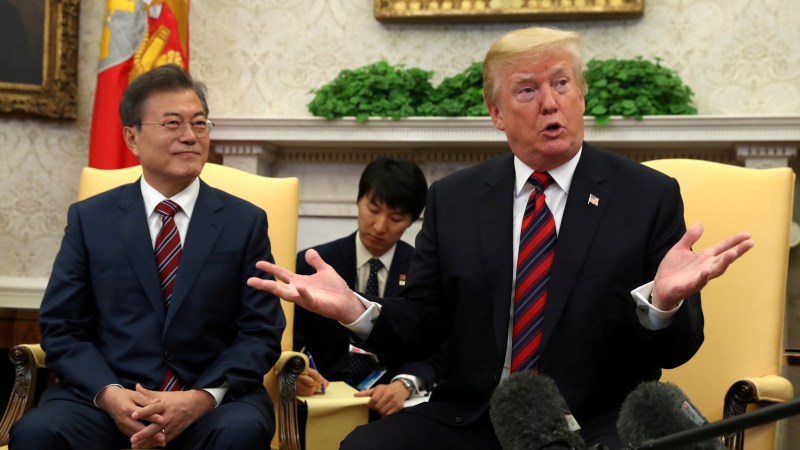 What is going on with the United States alliance with South Korea?

The Trump administration has stepped up its campaign to persuade, or if necessary strong-arm, South Korea into increasing its payments in support of the roughly 30,000 American troops stationed on the peninsula.