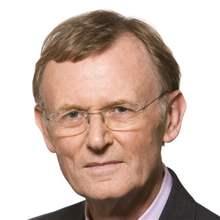 Butler, who has spent the past 35 years at the Heritage Foundation, is known for proposing innovative policy ideas, starting in 1980 with “enterprise zones” to encourage development in low-income neighborhoods. There are more than 70 zones now in existence nationwide. In addition, Butler has focused on healthcare policy as well as entitlement reform. He has been called one of Washington’s 12 “key players” on health care by the National Journal, as well as “one of 150 individuals outside government who have the greatest influence on decision-making in Washington.”

“Brookings is fortunate to have Stuart Butler join our ranks,” said Brookings President Strobe Talbott. “He has been influencing domestic policy with his research for many years, and he will make a great addition to our Economic Studies team.”

“As a leading scholar on poverty, the budget and entitlements, Stuart complements our roster of experts nicely. His appointment underscores our interest in encouraging a diversity of views inside our program,” said Vice President and Director of Economic Studies Ted Gayer. “We look forward to having him as part of our program, as we continue to research and promote policies that foster broadly shared, long-run economic growth.”

“I am excited to be joining Brookings and its many scholars that I have known and worked with for decades,” said Butler. “I plan to continue to contribute innovative ideas on the important long-term economic and social policy issues that face our nation.”

Butler will also become a Visiting Fellow at the Convergence Center for Policy Resolution, a DC-based nonprofit organization that convenes leaders with differing or conflicting views to build trust and seek agreement on critical national issues.

Butler most recently ran the Center for Policy Innovation at Heritage, and before that he was vice president for domestic and economic policy studies for nearly 20 years at the foundation. Butler is the author of Enterprise Zones: Greenlining the Inner Cities and Privatizing Federal Spending, and he co-authored Out of the Poverty Trap. He was a participant in the Fiscal Wake-Up Tour, a bi-partisan group traveling the country to build public support for reforming Medicaid, Medicare and Social Security, along with Brookings Senior Fellows Alice Rivlin, Isabel Sawhill and other budget experts. He is a member of the panel of health advisors to the Congressional Budget Office, the Board of Health Services of the Institute of Medicine, and the editorial board of Health Affairs. In 2002, he spent a semester as a fellow at Harvard University’s Institute of Politics and is currently is an adjunct professor at Georgetown University’s McCourt School of Public Policy. Butler was raised in Shropshire, England, and holds degrees in physics and mathematics, as well as in economics, and a doctorate in American economic history, all from the University of St. Andrews in Scotland.