Washington, D.C. and Philadelphia, PA – The Brookings Institution and the University of Pennsylvania’s Perry World House announced today the establishment of a new joint visiting fellowship program bringing senior policy practitioners leaving United States government service into residence as visiting fellows at Brookings and Perry World House. During stays of three to six months, fellows will have the opportunity to reflect on their experiences outside the daily pressures of government service, and to develop well thought-out policy solutions for a range of critical issues, global and domestic. The program will operate on a nonpartisan basis and will be open to policymakers from any administration.

The partnership brings together a preeminent academic institution with a leading public policy organization. In so doing, it strengthens both Brookings’s longstanding efforts to conduct high-quality, independent and nonpartisan research and analysis and the efforts of Perry World House to promote global engagement and interdisciplinary international policy research. The program will also forge closer ties among students, practitioners, researchers and policymakers.

“This is an exceptional opportunity for our visiting fellows to deepen their thinking and work on the many critical global policy challenges ahead,” offered Penn’s Richard Perry Professor of Law and Inaugural Director of Perry World House Bill Burke-White. “In addition, their time here at Perry World House will allow them to engage with new audiences, which include a thriving student body committed to global issues and a world-class faculty with deep expertise.”

The inaugural group of Perry World House-Brookings Visiting Fellows includes Bonnie Jenkins, Bathsheba Crocker, and Tarun Chhabra. Each is a leading expert in U.S. national security policy, multilateralism and international institutions, cooperative threat reduction and nonproliferation and a number of other pressing issues for U.S. policy.

“This first group of fellows contains policy leaders who are working on serious global challenges. I am excited for them to bring their expertise and experience to these two communities,” said Bruce Jones, vice president and director of the Foreign Policy Program at Brookings. 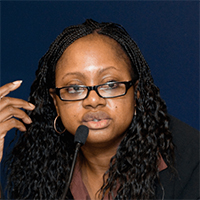 Bonnie Jenkins was the U.S. Department of State’s coordinator for Threat Reduction Programs in the Bureau of International Security and Nonproliferation. She was also the U.S. representative to the G7 Global Partnership against the Spread of Weapons and Materials of Mass Destruction and chaired the Global Partnership in 2012. She was the Department of State lead on the Nuclear Security Summit, and she coordinated the Department of State’s activities related to the effort to secure all vulnerable nuclear material. Jenkins holds a Ph.D. in international relations from the University of Virginia; an LL.M. in international and comparative law from the Georgetown University Law Center; an M.P.A. from the State University of New York at Albany; a J.D. from Albany Law School and a B.A. from Amherst College. 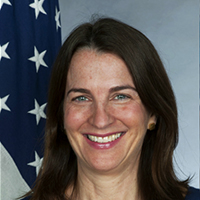 Bathsheba “Sheba” Nell Crocker served as the assistant secretary of state for international organization affairs from 2014 until 2017. She also held other positions at the U.S. Department of State, including as a senior adviser to the secretary of state, as the principal deputy director in the Office of Policy Planning under Jake Sullivan, and as chief of staff to Deputy Secretary of State James Steinberg. Crocker was an International Affairs Fellow at the Council on Foreign Relations in 2002-03. From 2003 until 2005, she worked at the Center for Strategic and International Studies on the Post-Conflict Reconstruction Project as a fellow and co-director. Crocker was also the deputy chief of staff at the Office of the UN Special Envoy for Tsunami Recovery, from 2005 until 2007. Afterward, she was the senior advisor to the assistant secretary-general for peacebuilding support at the UN Peacebuilding Support Office, from 2007 until 2008. In 2008-09, Crocker was a senior policy and advocacy officer for international affairs at the Bill & Melinda Gates Foundation. 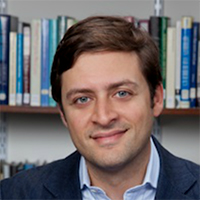 Tarun Chhabra served as director for strategic planning on the National Security Council staff from 2016-2017. He was previously the director for human rights and national security issues on the National Security Council staff. From 2013-2015 he was a speechwriter for the Secretary of Defense. Before his U.S. government service, Chhabra worked in the Executive Office of UN Secretary-General Kofi Annan, and on the staff of Annan’s High-level Panel on Threats, Challenges and Change. He holds a J.D. from Harvard Law School, where he was a Paul and Daisy Soros Fellow, and an M.Phil. in international relations from Oxford, where he was a Marshall Scholar. His B.A. is from Stanford, and he was a Fulbright Fellow in Russia.

About the Perry World House

Perry World House is the University of Pennsylvania’s new hub for global engagement and international policy research. Bringing together students and faculty from across Penn’s schools and disciplines with practitioners and policymakers from around the world, it convenes conversations around the most pressing global challenges, catalyzes interdisciplinary academic research with policy relevant potential and connects Penn to the world and the world to Penn.

America’s conduct of foreign policy demands that, as a nation, we address the dual realities of new threats and opportunities in a world that is more connected and interdependent, where technology has eclipsed traditional understandings of borders and security. The Foreign Policy studies program, under the direction of Vice President and Director Bruce Jones, has two goals: