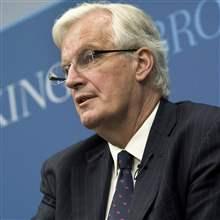 On July 15, the Initiative on Business and Public Policy (IBPP) at the Brookings Institution hosted a discussion on the status of cooperation across the Atlantic on financial regulatory reform, featuring remarks by European Union Commissioner for Internal Market and Services Michel Barnier, who directs Europe’s efforts. Commissioner Barnier presented his views on how best to accelerate progress towards genuine financial stability. Brookings Fellow Douglas Elliott hosted the discussion and moderated a question and answer period.

Barnier began his remarks by describing how the European Union and the United States came to an agreement about how to regulate cross-border swaps at the G20 summit in Pittsburgh, Pennsylvania, three and a half years ago. This “ambitious global regulatory reform of the swaps markets” set out to do three strategic tasks: 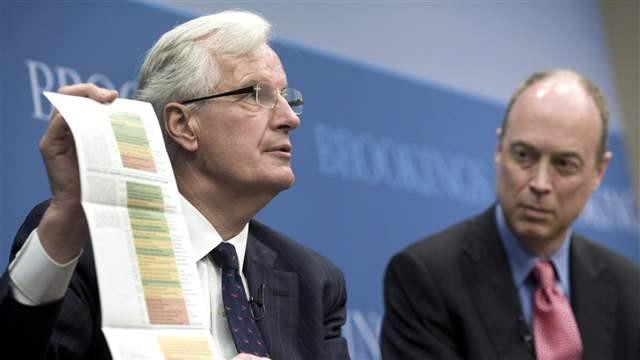 Barnier described the trade negotiations between the European Union and the United States that began last week as focused on “growth and leadership,” which are imperative to cultivating new jobs in each sovereign nation, as well as finding solutions to trade predicaments that cannot be found through multilateral discussions. Barnier argued that the “barriers to EU-US trade and investment are in the details of regulatory policy,” and “regulatory barriers can block trade outright. Make it too expensive to be viable. Fragment global markets. Or just act as a drag on overall economic efficiency.” Mitigating these barriers through regulatory reform will effectively protect the European Union and the U.S. economies from risks to their citizens and financial security.

To conclude his remarks, Barnier noted that the fundamental component of transatlantic trade reform is the joint leadership between the United States and the European Union. He believes “our financial sectors know no borders. They are intertwined and interdependent.” By reflecting on the agreement on swaps, Commissioner Barnier believes that the United States and European Union can create a dynamic bond that will “raise the bar in tomorrow’s world of financial regulation.”