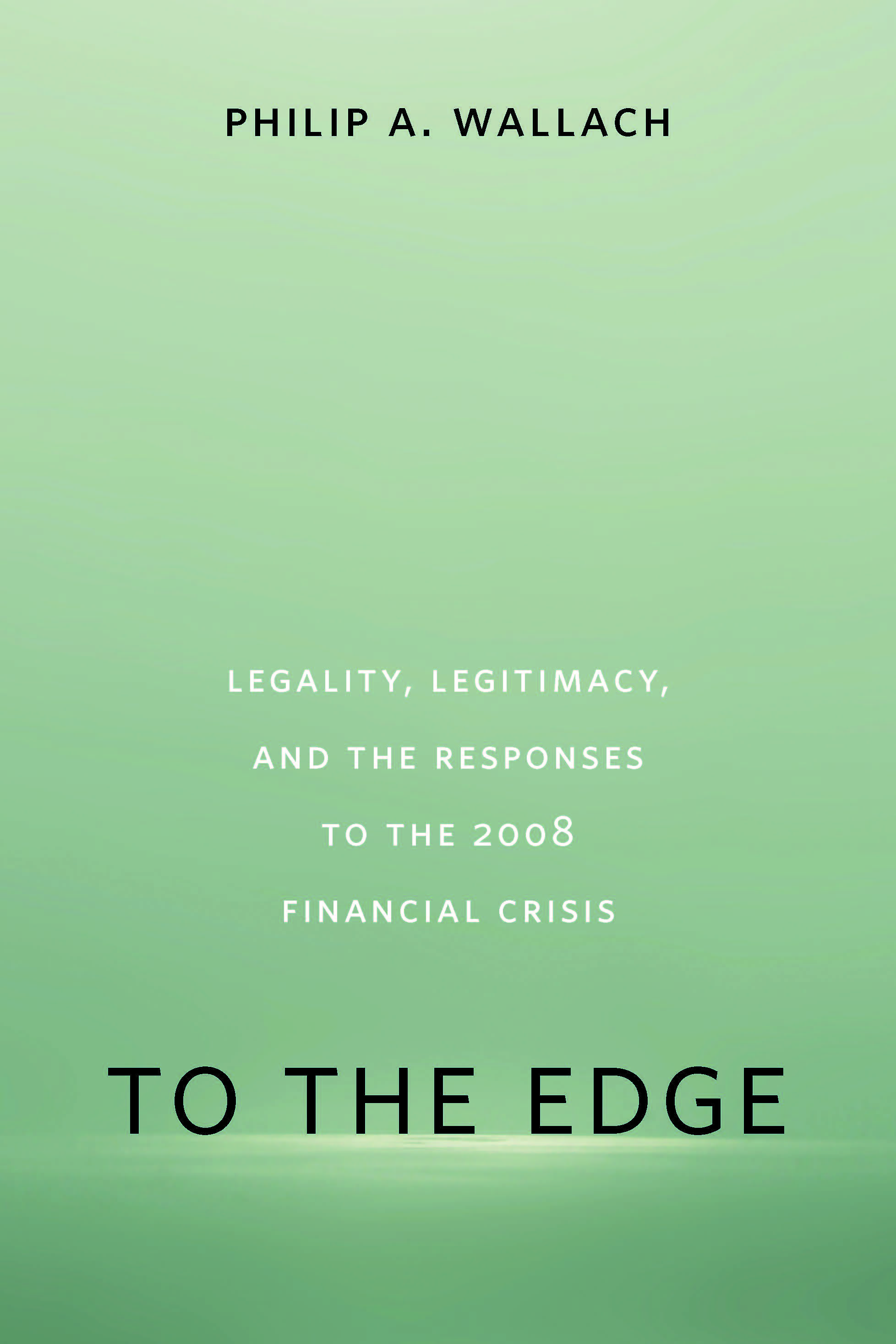 The policymakers at the Federal Reserve and U.S. Treasury who fought the financial crisis made use of a startling variety of maneuvers. Some were of questionable legality. Many look remarkably successful in retrospect. But despite their successes in limiting the depth of the financial crisis, the policymakers lost the confidence of the American people, who suspected that ad hoc decisions favored powerful interests and neglected ordinary Americans. In his new book, To the Edge: Legality, Legitimacy, and the Responses to the 2008 Financial Crisis (Brookings Institution Press, 2015), Philip Wallach explores when and why the government’s responses provoked public outrage and explains how the government might improve the legitimacy of future crisis responses.

On April 6, Governance Studies at Brookings hosted a conversation to shed light on the legal and political questions raised by the policy responses to the financial crisis, including the controversies over the Fed’s rescue of Bear Stearns, TARP’s unexpected turn to capital injections, the profusion of Federal Reserve facilities, the bankruptcies of Chrysler and GM, and the extended public ownership of AIG, Fannie Mae, and Freddie Mac. Could Congress have responsibly shaped the crisis responses through more specific statutory guidance? How did oversight bodies, such as the special inspector general for TARP and the Congressional Oversight Panel, affect the crisis responses? Could giving the Treasury secretary a slush fund for fighting financial crises actually improve government’s accountability?

On April 6, Governance Studies at Brookings hosted a conversation to shed light on the legal and political questions raised by the policy responses to the financial crisis.