The space and aerospace industry is quintessentially emblematic of the advanced industry sector. And one of the deepest and broadest concentrations of space-related activity in the country lies in Colorado. There, the space cluster pervades the state’s industrial base; cuts across the public and private sectors; and enables a fast-growing telecommunications industry, dynamic GIS and earth observation enterprises, as well as more emergent energy, cybersecurity, and advanced materials segments of the economy.


On Tuesday, February 5, the Metropolitan Policy Program at Brookings presented a dynamic public forum focused on the significance and future of the Colorado space economy as an exemplary advanced industry. Part of Brookings’s new Advanced Industries Series, and anchored by the release of a new Brookings strategy report by Mark Muro, senior fellow and policy director of the Brookings Metropolitan Policy Program, the morning forum explored the best ways to advance the competitiveness of the Colorado space cluster at a time of uncertainty and disruptive change.


Hosted in collaboration with the Colorado Space Coalition and the Colorado Office of Economic Development and International Trade, the event also featured comments from leading business, civic, and government leaders as well as a panel discussion and audience Q & A. Colorado Governor John Hickenlooper concluded the event with keynote remarks.


Read the report, which was released at this event.
See also Mark Muro’s presentation » (PDF) 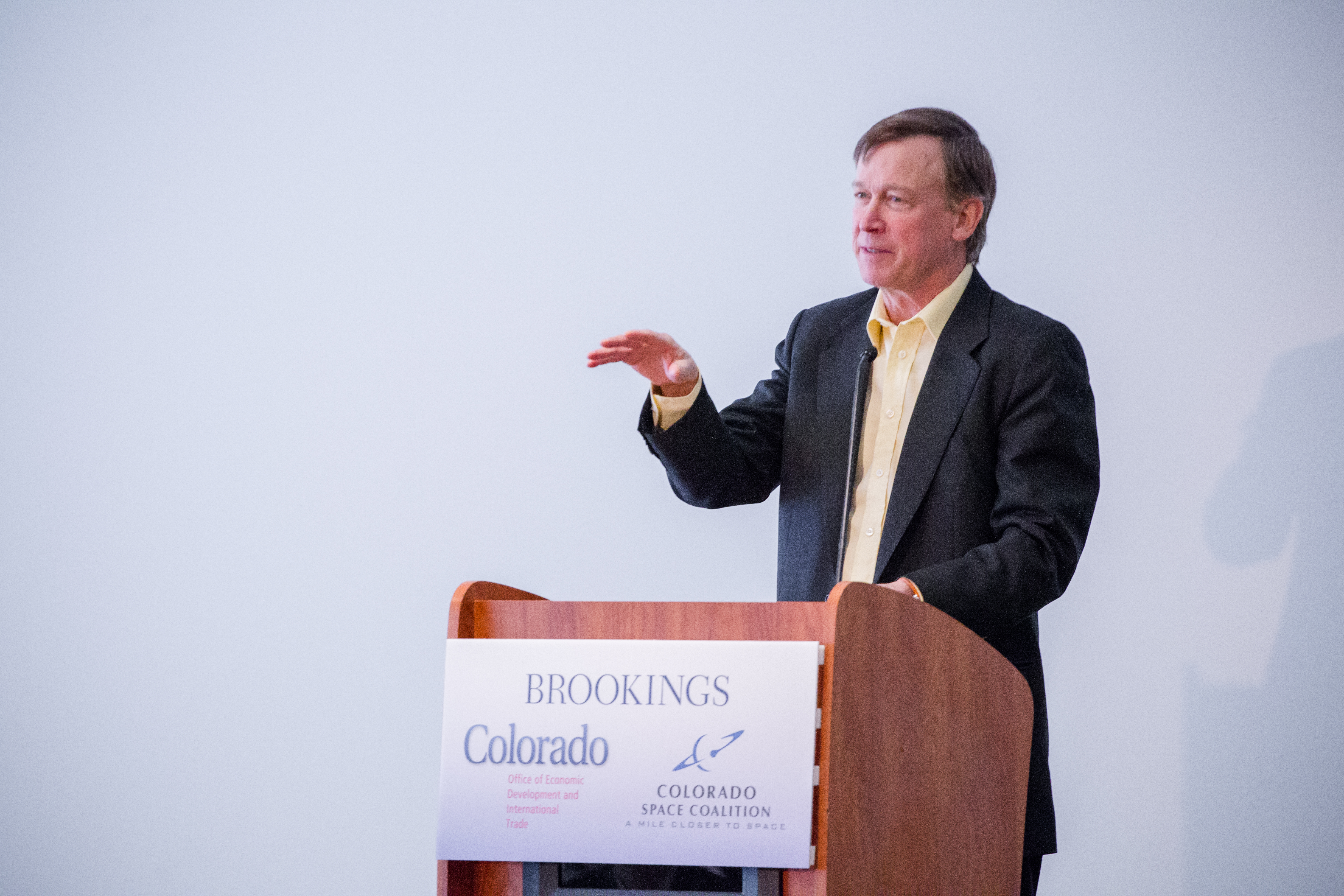 Senior Advisor to the Secretary on Manufacturing Policy - U.S. Department of Commerce