On Wednesday May 21, the Project on U.S. Relations with the Islamic World at the Brookings Institution hosted a book launch for Michael Cook’s recently published Ancient Religions, Modern Politics: The Islamic Case in Comparative Perspective. After outlining the argument of the book, Cook discussed some key issues with Michael Doran and responded to questions from the audience. What follows summarizes the main points considered in the discussion. 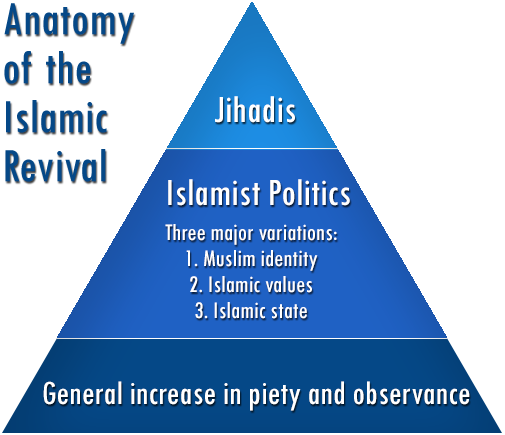 The book is a sustained attempt to answer this question by looking successively at the capacity of Islam to shape political identity, its ability to provide its adherents with values that are attractive in modern political contexts, and the readiness with which it can be restated in a fundamentalist vein.

With regard to identity, Cook argued that Islam provides its adherents with an identity that is at least potentially political: it was closely associated with membership of a polity during the rise of Islam, and this association can readily be invoked in modern times. He contrasted this with the way Hindu identity politics are wrong-footed by the absence from the tradition of a concept of Hindu identity, and by the way the caste system renders much of the population indifferent or hostile to political appeals to such an identity.

With regard to values, he stressed the fact that some of the values associated with the early Islamic polity play very well in the modern world—the relative egalitarianism that marks early Islamic society, for example, and its rejection of despotism and patrimonialism. These are values that resonate in the modern world in a way that the hierarchic social values and exclusively monarchic political values of the Hindu tradition do not.

With regard to fundamentalism, he emphasized the way in which going back to the roots of the tradition can highlight values that are in tune with those of modern times—more so than the values of the later Islamic tradition, or those enshrined in the earliest texts of other religions.

Cook made it clear that he was not saying that Muslims are constrained by their tradition to construct their politics out of their religion; indeed much of the politics of the modern Muslim world has been conducted under the aegis of non-religious values, variously liberal, leftist, fascist, and above all nationalist. Nor was he saying that a commitment to construct one’s political values out of one’s religion commits one to any specific kind of Islamist politics: Islamism comes in very different flavors. What he was saying is that the Muslim heritage provides its adherents with options for constructing their politics that followers of other religions may not have.

Contact
Project on U.S. Relations with the Islamic World
202-797-2978
iwr@brookings.edu

The protester paradox: Why do anti-Islamist activists look toward clerical leadership?