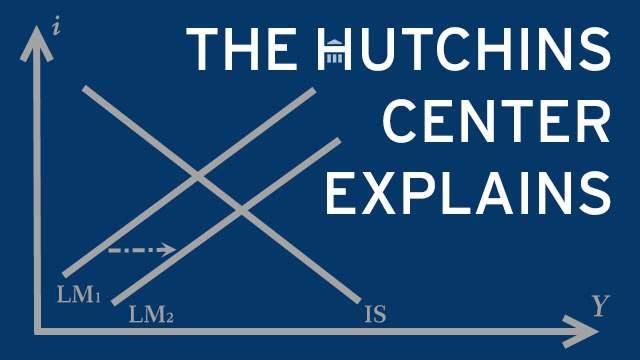 What is King v. Burwell?

A court case set to be considered by the Supreme Court over who is eligible to receive the health insurance subsidies contained in the Affordable Care Act (ACA).

What do I need to know about the ACA to understand King v. Burwell?

There are a lot of detailed explanations of the ACA (see Vox and NPR). But what’s important to know for King v. Burwell is that the ACA relies on two major provisions to increase insurance coverage:

Got it. So what is the King v. Burwell case all about?

The issue in King v. Burwell is whether individuals in states that opted not to build their own exchanges are eligible for health insurance subsidies.

The ACA allows states to set up their own health insurance exchange or participate in the federally run exchange. The plaintiffs (King) argue that, because the legislation refers to those enrolled “through an Exchange established by the State,” individuals in states with federally run exchanges are not eligible for subsidies. However, many analysts argue that the clear intent of the legislation is to allow individuals to obtain subsidized insurance regardless of whether they obtain it through a state exchange or the federal exchange.

Currently, 34 states rely on the federal exchange and could lose subsidies if the Supreme Court rules in favor of King.

What will happen if the court rules in favor of King?

Researchers at the Urban Institute estimate that a Supreme Court ruling in favor of King would reduce federal tax subsidies by $29 billion in 2016, making coverage unaffordable for many and increasing the ranks of the uninsured by 8.2 million people. (Blumberg, Buettgens and Holohan, 2015) Furthermore, because healthy, low-cost individuals would disproportionately leave the marketplace, insurance premiums for those remaining would have to increase by an average of 35 percent (and premiums would now be unsubsidized, resulting in much larger increases in costs for most people.)

It is also likely that many insurance companies would cease participating in the federal exchanges, given the loss of potential customers and the deterioration in the health status of their customer base. It is possible that a “death spiral” would occur: as premiums rise, the healthiest customers leave the marketplace, causing premiums to rise more, causing more healthy people to leave, etc.

Would a ruling in favor of King simply turn the private insurance markets in the affected states back to pre-ACA conditions?

No. The ACA bars insurers from discriminating based on health status. That is, they are required to provide insurance to all customers and can only vary charges based on age, tobacco use, family size, and geography.  Before the ACA, insurers could (and did) refuse to cover those with preexisting conditions or charge them a large premium.

The ACA’s combination of the individual mandate and the subsidies increases demand for insurance among those in good health, making it possible for insurance companies to be profitable even without discriminating on the basis of health. However, in the absence of federal subsidies, the new insurance regulations (which would not be affected by a ruling in favor of King) would leave the private insurance market in much worse shape than before the ACA. (See the description of the death spiral, above.)

How would a decision for King affect people who get health insurance through their employers?

It would have little to no effect on employer-provided health insurance.

Would a ruling in favor of King be directly beneficial for any states?

No. In contrast to the ACA’s Medicaid expansion—where states will eventually be responsible for 10% of the cost and some states worry their share could be increased in the future—exchange subsidies are fully funded by the federal government. The subsidies result in more money flowing into the states, while placing no direct strain on state budgets.

A ruling in favor of King would be a big step in the direction of getting rid of Obamacare, right?

Yes. Removing the exchange subsidies from 2/3 of the states could have a significant impact on the ACA’s success. However, it is likely that if the Supreme Court Rules in favor of King, some states currently operating within the federal exchange would tweak their systems to be classified as a state-run exchange in order to keep their subsidies. States who do lose subsidies may find the loss of funds too painful and decide to set up their own exchange in order to regain their subsidies. Therefore, a ruling in favor of King is not necessarily a death blow to Obamacare.

What might Congress do if the Court rules for King?

This isn’t clear. The Republican leadership may move quickly to repeal other pieces (or all) of the ACA, hoping to use the decision as momentum, or may take a wait-and-see approach, hoping that a ruling for King would be so damaging that it would build support for a full repeal down the road.

Is there some point at which it will be too late to repeal the ACA?

That’s tough to say. But, absent a ruling in favor of King, the Obama Administration is hoping that by next year, so many people will have gained health care coverage through the ACA that the debate will shift from repealing the ACA to tweaking it instead.

Will abortion affect the midterm vote for candidates? Lessons from the ban gay marriage ballot initiatives

What if the Supreme Court reverses Roe v. Wade?