Fielding new questions in the Atlanta Fed’s Survey of Business Uncertainty, Jose Maria Barrero and co-authors find that the recent shift to remote work has lessened wage-growth pressures. About 40% of respondents say their firm has expanded remote work opportunities to keep workers happy and to moderate wage-growth pressures. A similar number say their firm plans on allowing remote work over the next 12 months to restrain wage pressures. By aggregating and weighing responses based on the size of each business, the authors estimate that remote work will lower cumulative wage growth by 2.0 percentage points from April/May 2020 to April/May2022, which would lower labor’s share of national income by 1.1 percentage points. Remote work also may explain the decrease in wage inequality observed since early 2020, because the benefits of remote work go disproportionately to higher-income workers.

US INFLATION IS MORE DEMAND-DRIVEN THAN EURO AREA INFLATION

Using a macroeconomic model that incorporates global trade linkages, Julian di Giovanni of the New York Fed and co-authors find that aggregate demand shocks account for 2/3 of the rise in pandemic-era inflation while sectoral supply shocks account for the other 1/3. In contrast, demand and supply shocks each account for about 1/2 of Euro area inflation, reflecting a larger role for supply-chain related factors relative to the U.S. Additionally, the authors find that Euro area inflation has been primarily driven by factors outside of the Euro area. Relative to the 2008-09 trade collapse, the authors show that international trade during the pandemic has been less responsive to fluctuations in output, suggesting that supply chain disruptions have been more significant in the current episode. 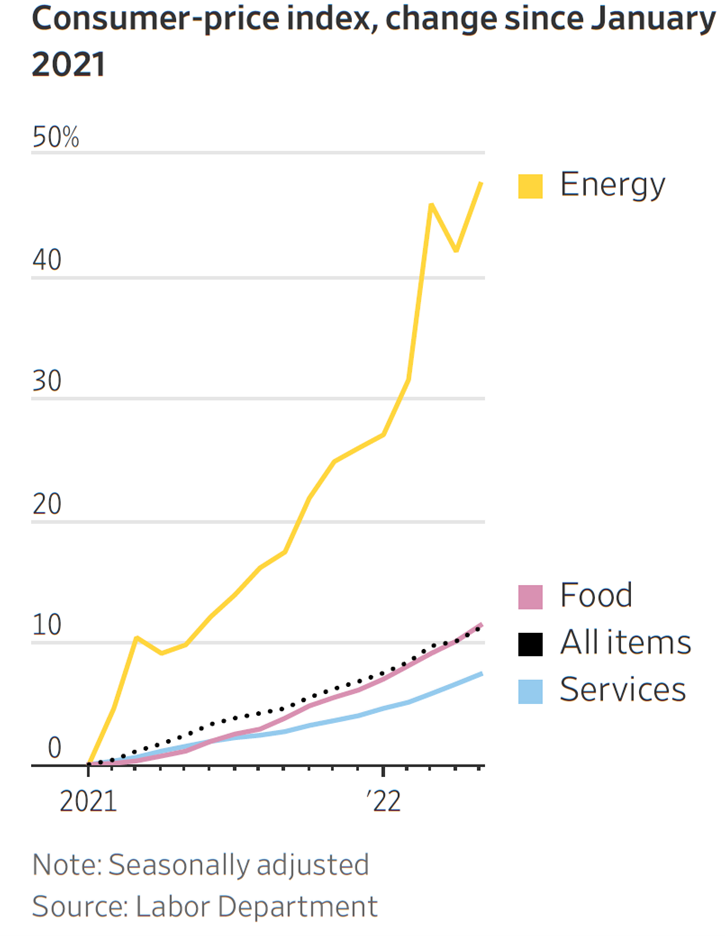 “So right now … we’re trying to move expeditiously to something that’s in the range of more neutral, which I’m comfortable thinking of that right now is around 3.1%, because that’s a neutral rate of about 2.5% and some drift in inflation expectation,” says Mary Daly, President of the Federal Reserve Bank of San Francisco.

“So if you think about that, that we need to move expeditiously to get there, then 75 [basis points] seems a good starting point, but we have to be data dependent. And if we get more tightening or a broader slowdown in the economy, then I currently expect and it happens more quickly, then anything between 50 and 75 seems like a reasonable thing to consider. We’ll get closer to knowing exactly what that will be as we get more data and get closer to the actual meeting.

But the main message there is that moving expeditiously to withdraw the accommodation that’s currently in the economy from monetary policy is a priority because…you’d really have to go into the world of a shock that’s a completely unexpected event to suggest that the economy needs the support we’re currently giving it.”

Research Assistant - The Hutchins Center on Fiscal and Monetary Policy