Editor’s note: In the fifth GOP debate of the presidential primaries, the topic of the night centered on terrorism and the fight against ISIS. Philippe Le Corre and Constanze Stelzenmüller provided CNN.com their reactions to the candidates’ December 15 remarks. 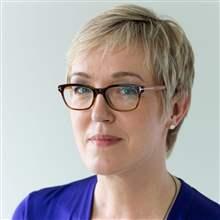 Constanze Stelzenmüller: Not a reassuring night for Europeans

So, what did this European learn from tonight’s Republican presidential candidate debate?

So that leaves us with Ted Cruz and Marco Rubio. The latter is more reasonable (and also stands out for not suggesting violating the Geneva Conventions and deliberately killing innocent bystanders). The former is simply more dangerous.

2. The best grasp of foreign policy in Tuesday night’s debate (which is of deep interest for European allies) was demonstrated by Bush and Rubio. Meanwhile, I only noticed Kasich mention Europe (I know this election isn’t about us, but it’s reassuring for an ally when we do get a mention).

3. Cruz and Rubio appear to have accurately assessed themselves as the other’s greatest danger. I look forward to future duels and already enjoyed the line from Cruz about the difference between a fireman and an arsonist.

4. Meanwhile, as this debate is going on, the Transatlantic Trade and Investment Partnership, a crucial transatlantic free trade treaty, is tanking. Europe and the U.S. seem determined to slap visa restrictions on each other. And in the Middle East and Eastern Europe, there is every reason to fear an unraveling of regional orders and an escalation of violence. Who profits? Not America. And not Europe.

5. Oh, and I saw a commercial informing me that the fourth season of “House of Cards” is coming. Many Europeans sort of assume that the show is a reflection of U.S. politics. Like they used to think the West Wing was. Think about it…

On the whole, not a reassuring night for this particular European. 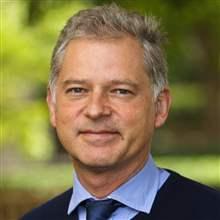 Philippe Le Corre: Lots of bluster, but not solutions

Tonight’s Republican debate attempted to get the audience interested in international affairs. It is probably not the easiest topic on a Tuesday night, even after the attacks of Paris. Americans care about their daily life, health, education—what happens in the Middle East was not really a primary concern—at least until San Bernardino, which of course was a direct attack on the American way of life.

In this context, the nine Republican candidates seem to agree on only about two things: the Obama administration’s foreign policy in the Middle East is wrong, and a GOP administration should be tougher on terrorism and ISIS. Their solutions are less than convincing.

No one actually proposed a solution in Syria—there was only talk of “destroying ISIS” or “getting rid of Assad” or even punching Putin. This isn’t leadership. Meanwhile, from a European point of view, it is surprising to hear so little about America’s allies, those who are currently conducting strikes in Syria (mainly France and Britain, with support from Germany).

Overall, the national security issues kept coming down to domestic politics: immigration (Marco Rubio and Ted Cruz argued about who is the toughest on illegal immigrants) and ensuring the security of the American people.

Fair enough, but besides preventing Syrian refugees from coming to the United States, I heard few ideas for a long-term solution.

Some candidates were certainly more convincing than others, and at least seemed to have the stature of a potential president (Cruz, Rubio, Jeb Bush). Donald Trump for his part toned down some of his rhetoric and seems to be trying to be more presidential, but it’s not working as far as foreign affairs goes. Meanwhile, several candidates tried to play the macho politician (and Carly Fiorina referred to “Iron Lady” Margaret Thatcher), but only a handful of those on stage appeared credible when talking about foreign policy.

Most interesting? Despite so many extreme comments over the past few weeks, everyone seems to become more moderate during these debates. So I get the feeling that the name of the game tonight was mainly about “appearing presidential” on foreign policy.

That said, the 2016 election will not be won on foreign policy, no matter what happens in the Middle East.

A porpoise to serve: Rescuing the vaquita and the US-Mexico relationship

The 1951 Refugee Convention is falling short of its mission. Could the Global Compact on Refugees help?