In countries with sufficient fiscal space, austerity is not the answer

Jonathan D. Ostry, Atish R. Ghosh, and Raphael Espinoza of the International Monetary Fund argue that in countries with ample fiscal space—including the U.S., Germany, and the U.K.—governments should let the debt ratio fall through economic growth, rather than by pursuing policies directly aimed at reducing the debt. They note that “[d]istorting your economy to deliberately pay down the debt only adds to the burden of the debt, rather than reducing it.”

Financial systems dominated by banks are bad for stability and growth

Sam Langfield of the European Central Bank and Marco Pagano of the Università di Napoli Federico II find that financial systems dominated by the banking sector, like those in Europe, are associated with more systemic risk and lower economic growth compared to systems with larger equity and bond markets. The authors suggest that policies aimed at building stronger capital markets, paired with stronger bank regulation, would help to mitigate Europe’s “bank bias.”

Michael Geruso of the University of Texas at Austin and Timothy Layton of Harvard Medical School find that patients enrolled in Medicare Advantage plans, which receive payments based on enrollees’ diagnoses, generate risk scores that are 6 to 16 percent higher than those of otherwise identical patients enrolled in fee-for-service Medicare plans, suggesting that Medicare Advantage plans are responding to the incentive to “upcode.” Geruso and Layton estimate that this upcoding results in significant overpayments to private insurers, at a cost to the taxpayer of roughly $10 billion each year.

Chart of the week: Safety Net 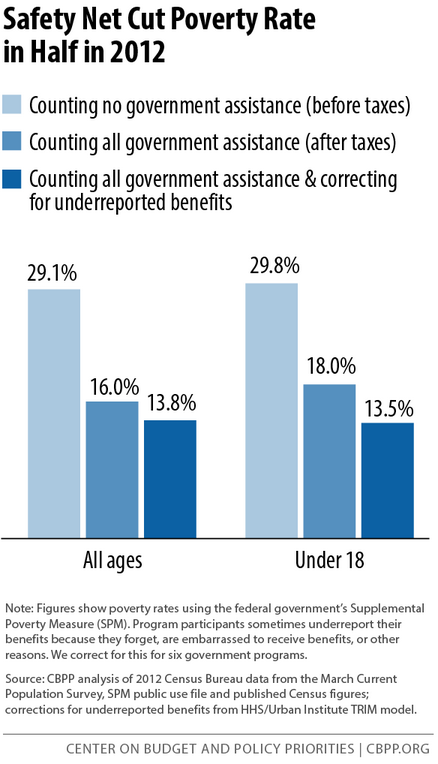 Quote of the week: Given recent data, now is not the time to raise rates

While it is possible that residual seasonality and temporary factors were responsible, it would be difficult, based on the data available today, to dismiss the possibility of a more significant drag on the economy than anticipated from foreign crosscurrents and the negative effects of the oil price decline, along with a more cautious U.S. consumer. This possibility argues for giving the data some more time to confirm further improvement in the labor market and firming of inflation toward our 2 percent target. But while the case for liftoff may not be immediate, it is coming into clearer view.

—Lael Brainard, Governor of the Federal Reserve Board