Each month, The Hamilton Project examines the “jobs gap,” which is the number of jobs that the U.S. economy needs to create in order to return to pre-recession employment levels while also absorbing the people who enter the labor force each month. 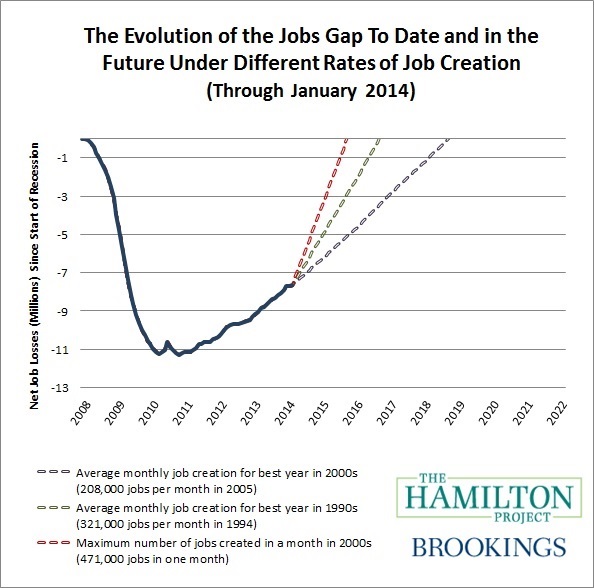 Any replication of this chart should be credited to The Hamilton Project at the Brookings Institution. For more information, please contact us at