The Bureau of Labor Statistics recently released its metropolitan area unemployment estimates for the month of September. In this data snapshot, I compare each metro area’s September rate of unemployment with its pre-recession low to find out which regions have recovered. 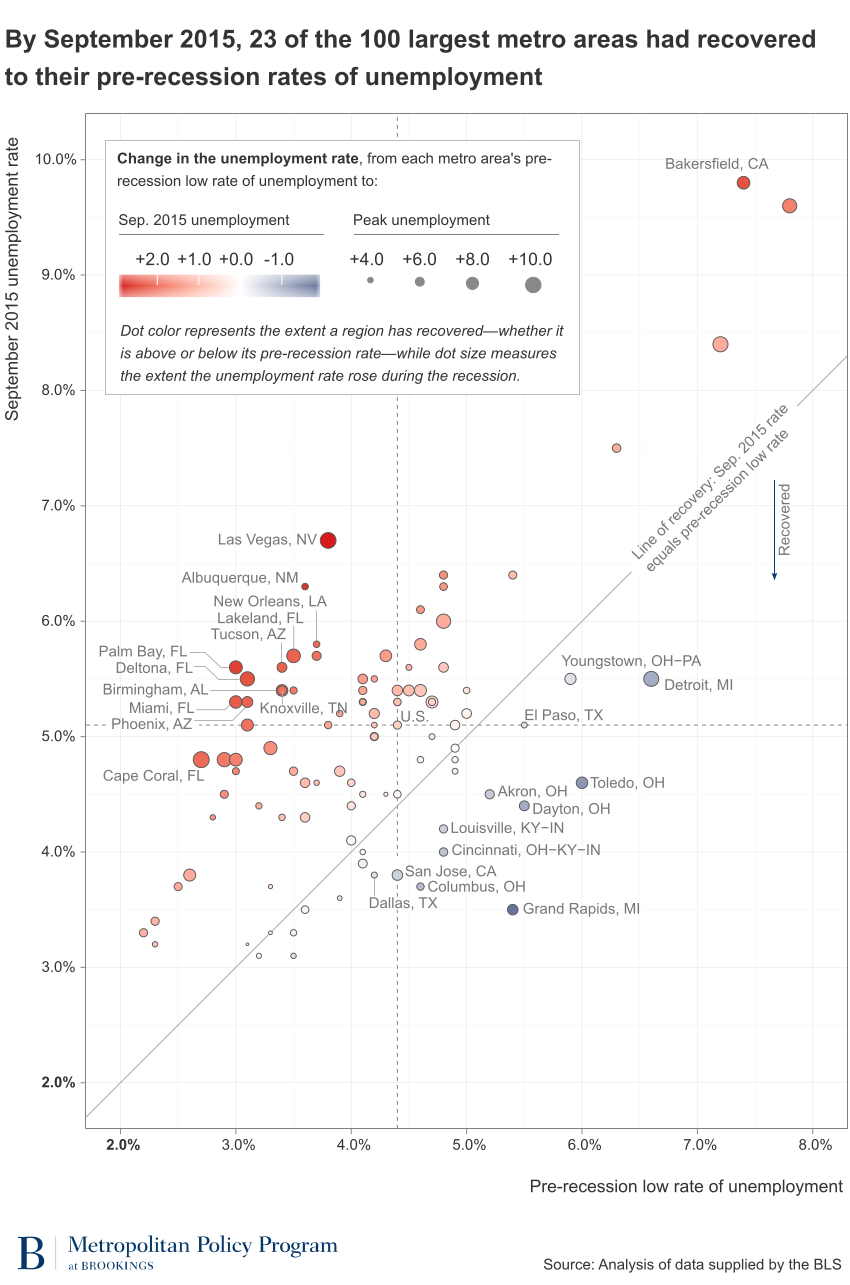