American higher education is a global commodity and has become a major service export. My recently released report on foreign students reveals that fast-growing emerging cities from around the globe are the hometowns of a large majority of foreign students studying in the United States.

You can explore foreign students’ cities of origin and U.S. metropolitan destinations in the report’s data interactive available here. Below is the Brookings ranking of the top 10 hometowns of America’s foreign students. 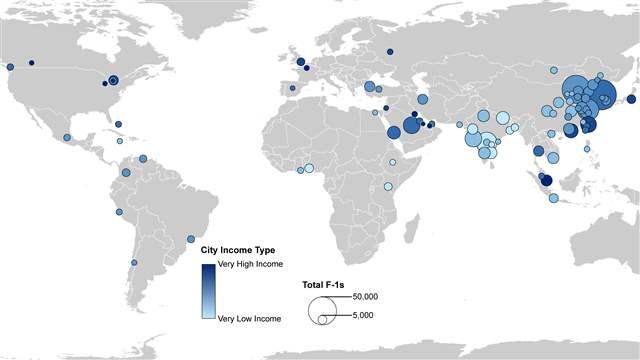 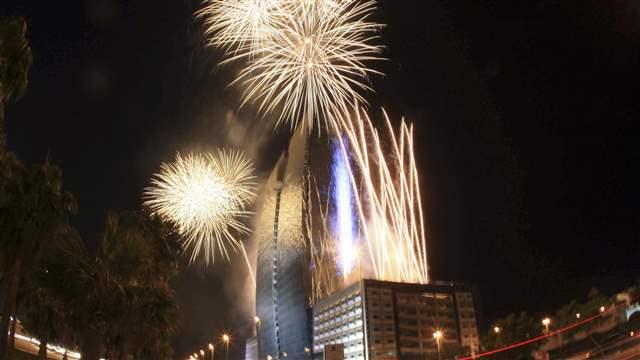 The second largest city in Saudi Arabia and the largest sea port on the Red Sea sent over 10,000 foreign students to study in the United States. Also, mostly funded by the King Abdullah Scholarship Program, a majority of students are pursuing bachelor’s degrees (56 percent) in business, engineering, and computer sciences. 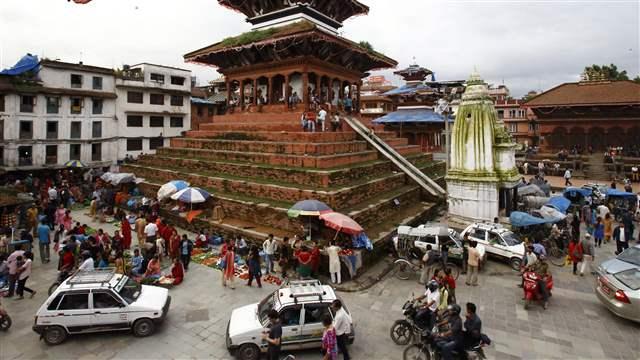 The capital and largest city in Nepal is the smallest city in the top 10 sending over 10,000 students to U.S. higher educational institutions, despite only having population of under a million people. Dallas, Texas and Washington, DC are the top destinations for students from Kathmandu to study business (36 percent) and engineering (12 percent). 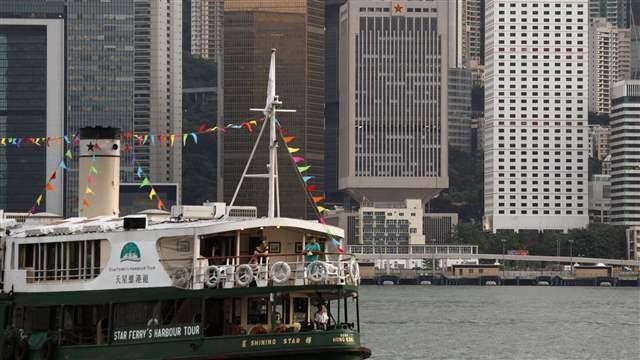 The large financial center of Asia—Hong Kong—sent over 12,000 students to the United States mostly to pursue bachelor’s degrees (76 percent of all students). Many students from Hong Kong study in Los Angeles at the University of Southern California and UCLA to pursue studies in business (30 percent) and social sciences (12 percent). 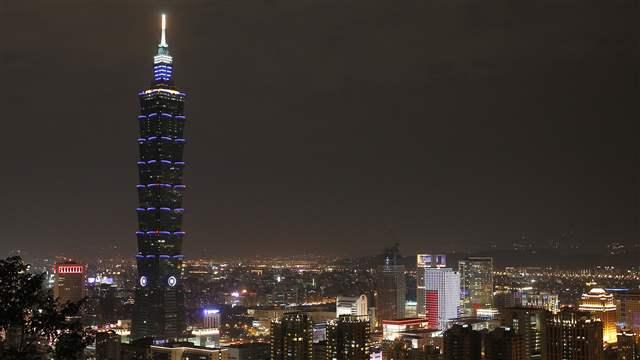 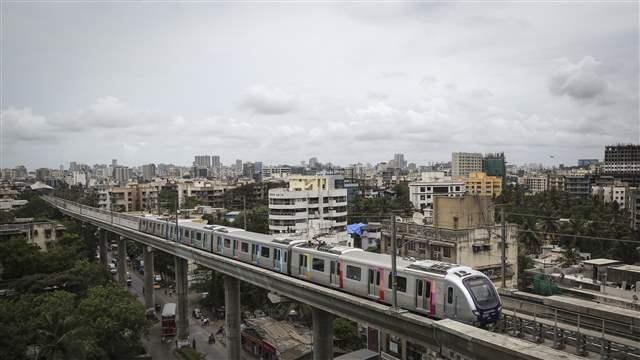 The largest city in India sent 27 percent of its 17,000 students to study engineering degrees in the United States. They can be found in large numbers at Carnegie Mellon University, Georgia Institute of Technology, and University of Southern California. The large majority of Mumbai foreign students are pursuing master’s degrees (74 percent).

The capital and largest city of Saudi Arabia sent the largest number of foreign students to the United States from the Middle East. There was an upsurge—279 percent increase of students from Riyadh during the 2008-2012 period, mostly from an increase in full scholarships offered through the King Abdullah Scholarship Program. 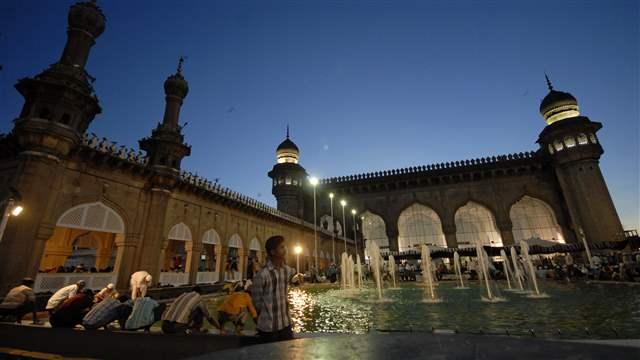 The fast-growing IT and business outsourcing hub surprisingly is the largest sender of foreign students from India. Hyderabad foreign students are the number one source of science, technology, engineering, and mathematics (STEM) majors than any other place. Although a large majority of them are going to little-known schools. 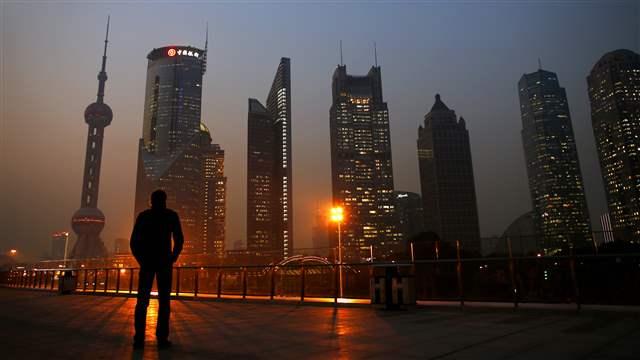 The bustling Chinese center of commerce sent 36 percent of its 30,000 students to pursue business degrees in U.S. higher educational institutions. Most Shanghai foreign students are enrolled at University of Southern California, Purdue, Ohio State, University of Illinois, and University of Michigan. 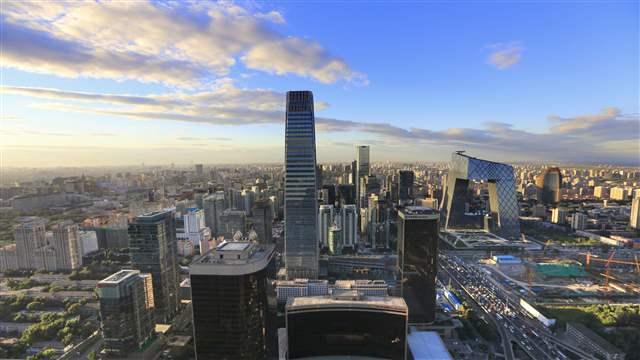 This capital city is the largest hometown from China sending almost 50,000 students to US colleges and universities. Most students from Beijing can be found in large cities in the United States: New York, Los Angeles, and Chicago. Students from Beijing have spent over $2 billion in tuition and living expenses over the 2008-2012 period. 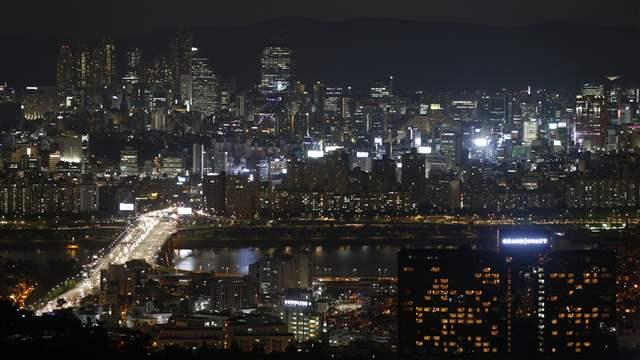 The top source city of foreign students in the United States is South Korea’s capital sending over 56,000 to study in the US. The hometown is a mega-city that experienced rapid economic growth over the past couple of decades: think Samsung, Hyundai, and Kia. And with the U.S.-Korean Trade Agreement signed in 2012 there are closer economic ties between U.S. metros and Seoul.