We are in the midst of one of the most interesting and dynamic elections in recent times. The former and current presidential candidates have used a number of social media platforms to attract votes. Jeb Bush and Hillary Clinton have used Instagram and Snapchat to connect to voters, while Donald Trump and Bernie Sanders use Twitter to deliver their messages. Likewise, the public uses social media to reflect their immediate reaction to their candidates through memes, hashtags, ‘likes’, and retweets. According to research firm Borrell Associates, political spending in 2016 will reach a record of high of $11.4 billion with about $1 billion going to digital media; a 5,000 percent increase from the $22.25 million spent in 2008. Given the rapid growth in social media use in elections, we have very little understanding of how candidates interact with the public and what difference this makes in the outcome of the election.

This is Twitter’s third presidential election and Snapchat’s first. The use of social media in the presidential election has created a new normal for what we expect from candidates. It serves as a form of personal marketing where a candidate’s chosen personality comes through in what they post. These campaigns are carefully crafting a candidate’s social media identity to reflect who they are and how they want to be perceived by the public. It is no mistake that Hillary Clinton posts memes in support of issues that minorities and women are interested in, including a redesign of her logo to include Rosa Parks on the anniversary of her refusing to give up her bus seat to a white passenger. Jeb Bush posted a picture of a pistol engraved with his name and captioned it with “America”, signifying his unapologetic stance on guns.

In 2008, presidential hopeful Barack Obama was the first to successfully leverage social media. Through platforms like Twitter, Facebook, and Reddit, he was able to communicate with target populations that were previously hard to reach: millennials and minorities. When President Obama announced his candidacy in 2007, Twitter was just starting. His campaign sent out voting reminders on Twitter and interacted with people on Facebook. He was more successful in social media than Mitt Romney in 2012 because his digital media staff understood the importance of user engagement. During the campaign, President Obama received nearly 20 times as many retweets as Mitt Romney and twice as many Facebook likes.

Since then, all candidates running for elections have used social media, albeit with varying effectiveness and intensity, to reach their target base and undecided voters. Bernie Sanders’ campaign has had great success on social media with his supporters creating much of his support and viral moments. For instance, a viral hashtag created by his supporters, #FeelTheBern, was used over 400,000 times in a 30 day span. He was also able to leverage social media to raise $6 million in 24 hours following the New Hampshire primary in February. Hillary Clinton has used GIFs and memes to connect with voters. She’s asked young people to tweet their feelings about their student debt in ‘three emojis or less’ and she posted a GIF of her brushing her shoulders, Jay-Z style, at the Benghazi hearings. Donald Trump uses Twitter to make his popular and at times divisive statements.

Over the last few months we have begun studying how the major contenders for the next presidency have been using Facebook (see Table below). Unlike microblogging sites such as Twitter, Facebook doesn’t limit the user in terms of number of characters to share their opinions. We specifically chose to focus on the top 3 Republican and top 3 Democratic candidates. The data below represents all activities by candidates from the time they created their page to February 28, 2016. The average number of posts per candidate was 2,613, with the low being Hillary Clinton and the high being Ted Cruz.

The distribution of post type, whether photo, video, status, or link, is found in Table 2. While Donald Trump and Marco Rubio posted low number of videos and photos, there is a huge gap between the two candidates on how many people interact with their posts. The most popular video post among Republicans was Trump’s “What is our president doing?” with more than 200,000 likes and 8 million views. For the Democrats, Sanders’ video “Running an Issue-Oriented Campaign” was most popular with 80,000 likes and 1.2 million views. Table 3 shows the distribution of interactions among post types. In this table, people are interacting with campaign status updates by commenting and liking, while photos and videos are getting high numbers of shares. 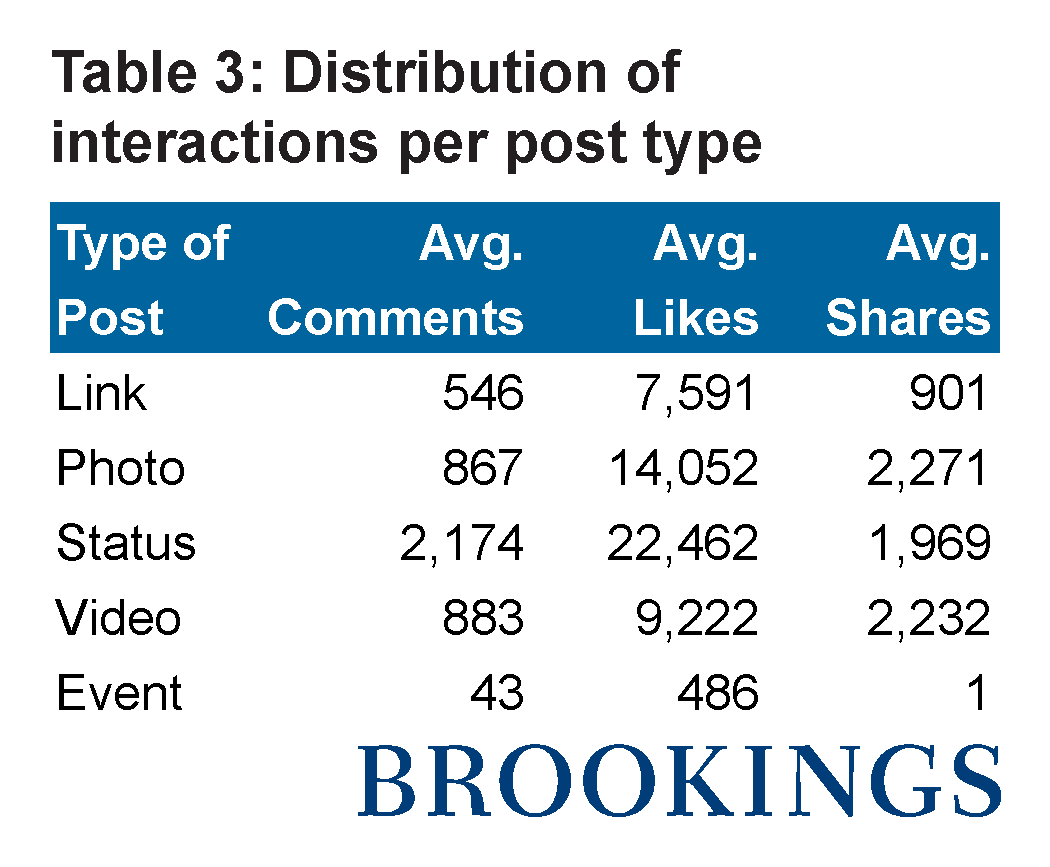 We analyzed the activity network, where people interact with candidate’s page in the form of likes, shares, and comments. Figure 1 above shows the average interactions per post for top candidates. On this graph, the size of the network is defined by number of people interacting with a candidate’s post, and the density of the network is a function of the average number of likes, shares, and comments a post receives.

Trump’s network was more significant than the other three candidates’ networks. It is three times the size of the network of Sanders or Clinton, and there are more interactions between users and Trump’s posts. On the Republican side, Trump’s graph is five times the size and density of Cruz. On the Democratic side, both Sanders and Clinton have almost the same size and density of network interactions. 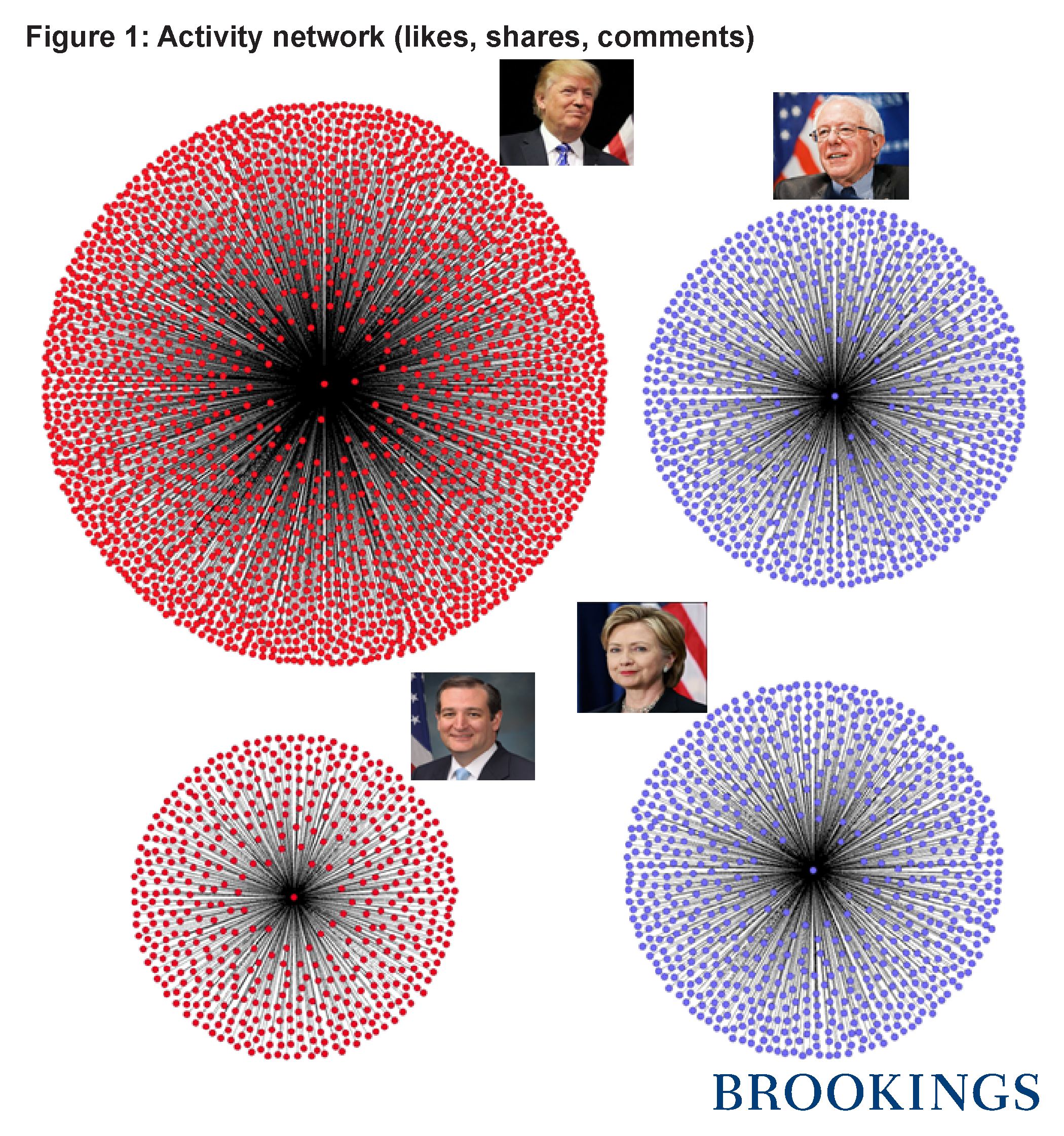 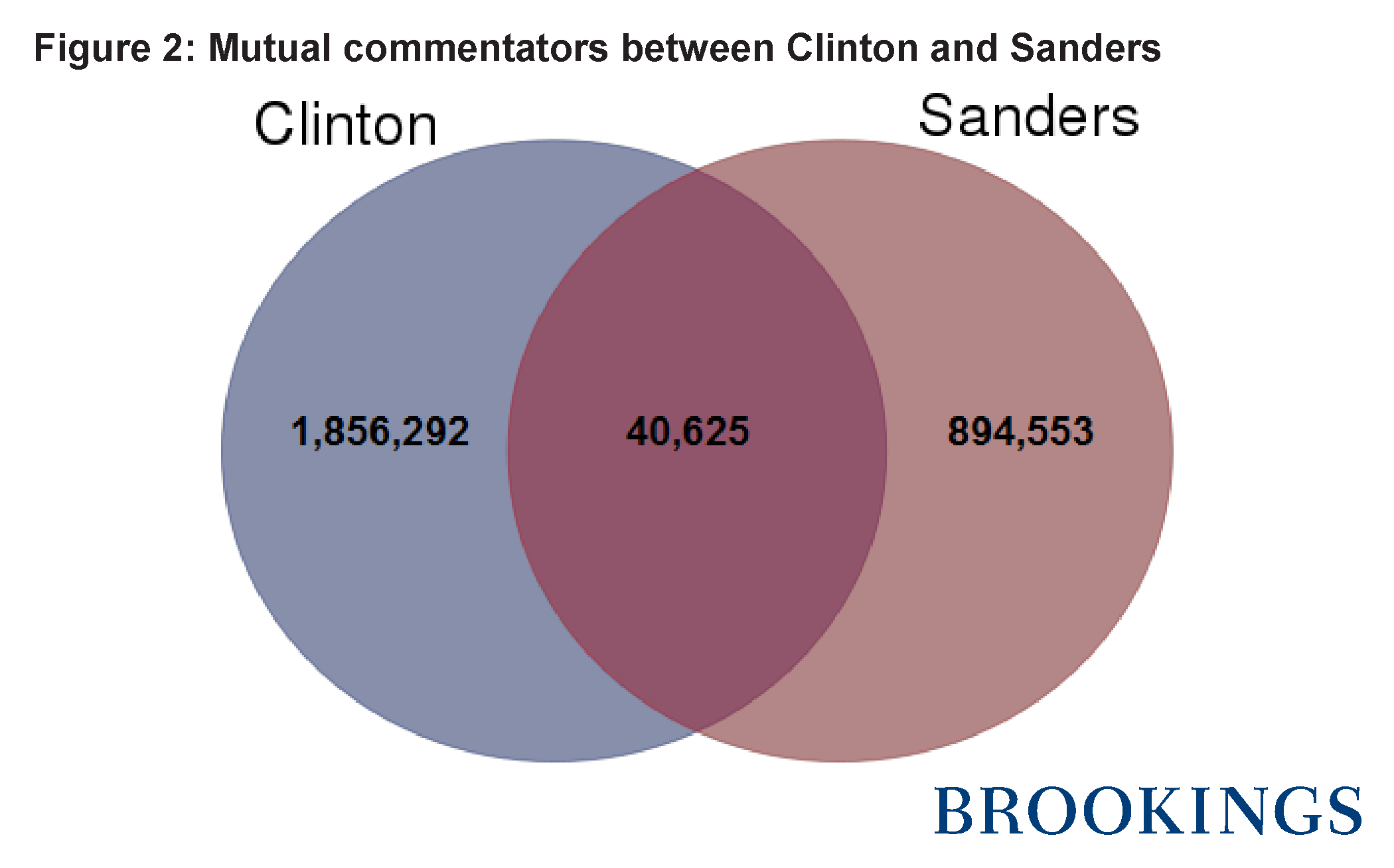 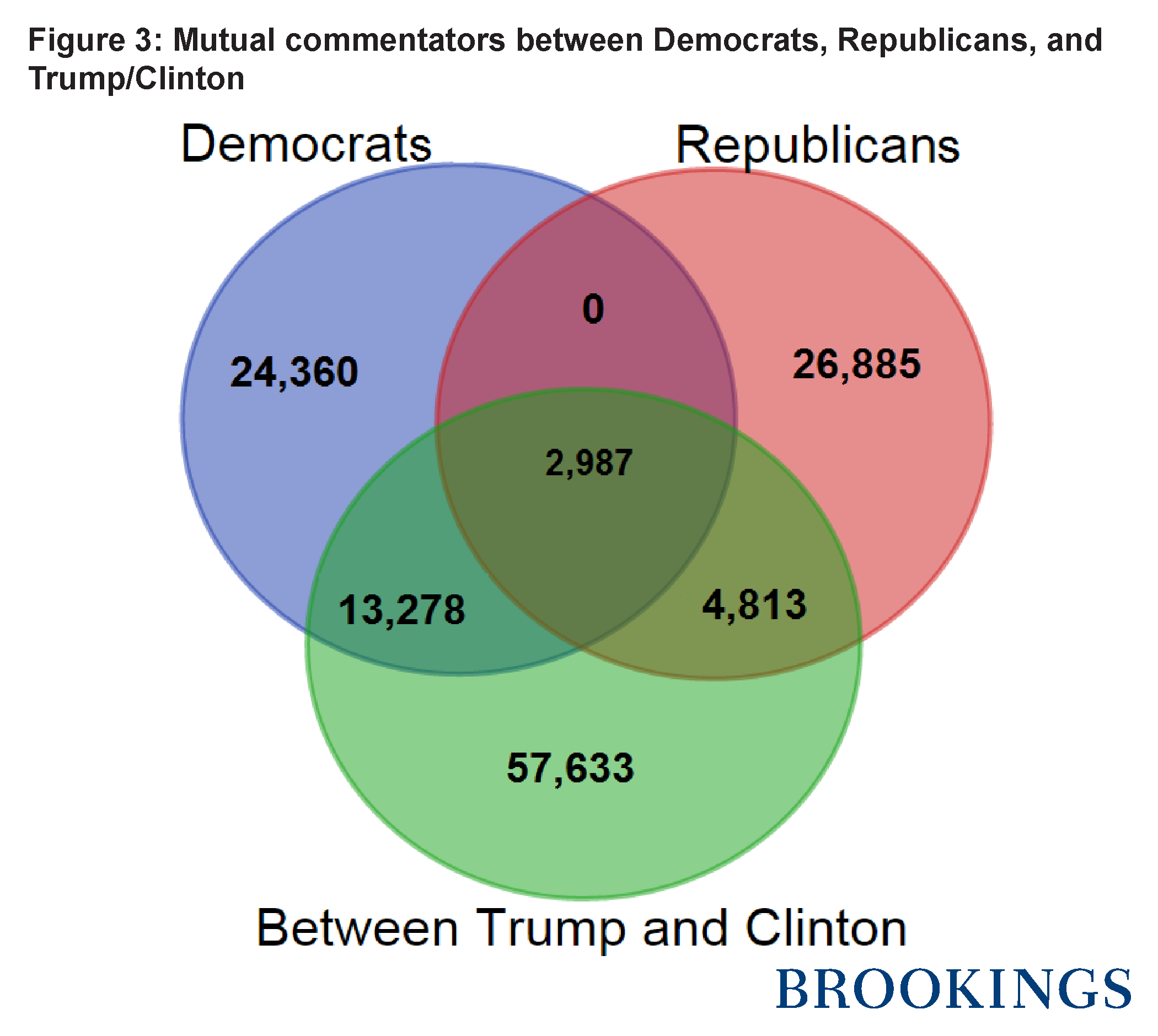 In sum, social media platforms have become a new means of communication between politicians and the public. Apart from using social media for personal communications, people also are heavily engaged in political discussions by sharing their thoughts on specific issues and by interacting with the candidates. Understanding the role social media plays in presidential campaigns will help us understand the shifting dynamics in politics overall.

Immigration and the Latino vote: A golden opportunity for Democrats in 2022