What are you most afraid of? If you’re like many Americans, you’re more scared of technology issues than dying, mass shootings, or ghosts. The Chapman University Survey on American Fears shows that three of the top five American fears are in the technology domain. We’re going to dive into the top eight technology fears. The overall top 10 American fears are shown in a chart at the end of the post. 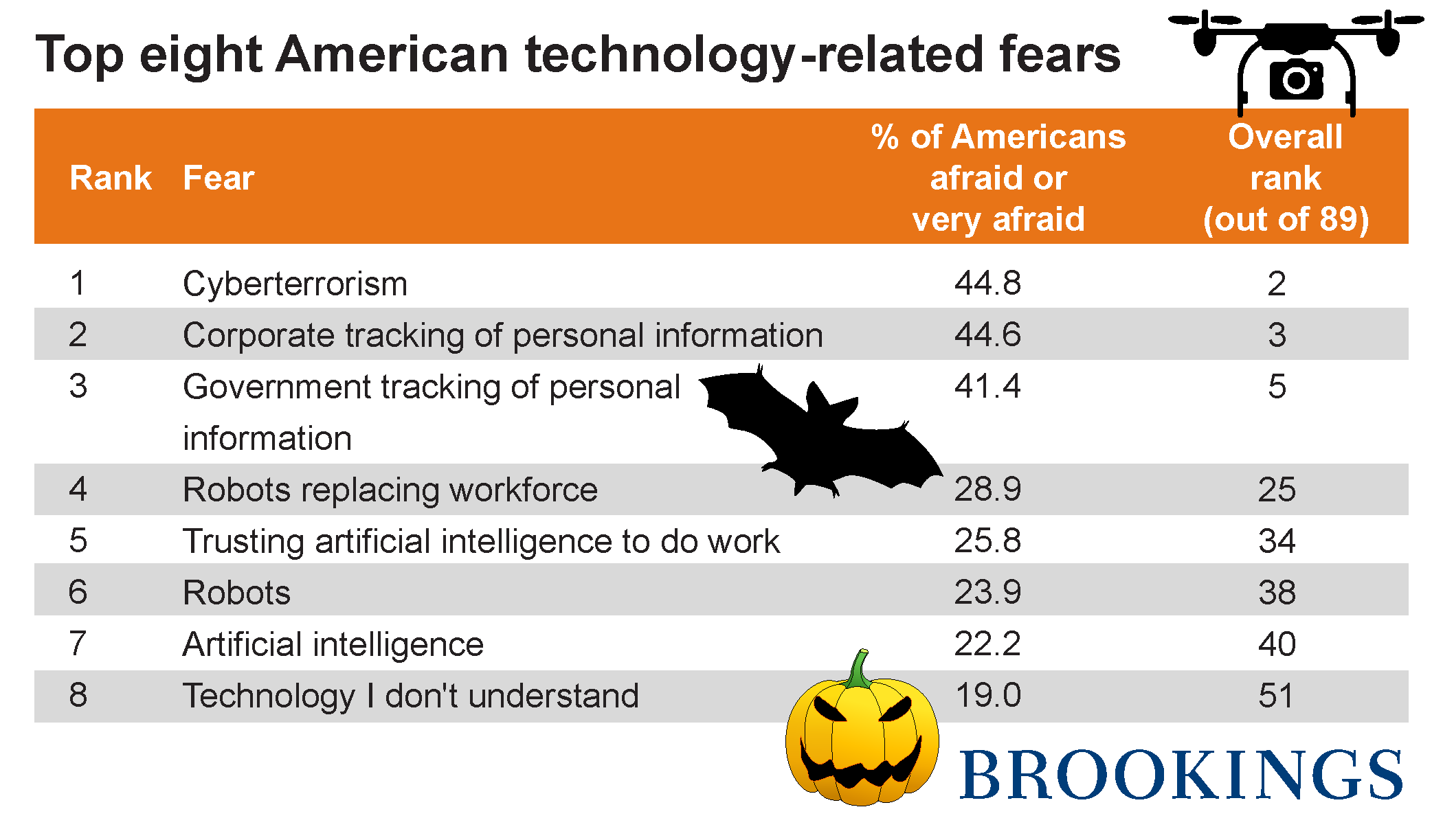 Cyberterrorism certainly sounds scary, combining the buzz words “cyber” and “terrorism,” but what is it exactly? There isn’t a single, agreed-upon definition because the boundaries between cyberterrorism, terrorism, cybercrime, and cyberwar are seemingly arbitrary. The Oxford English Dictionary defines cyberterrorism as “the unlawful (and often politically motivated) use of computers or information technology to cause disruption, fear, or financial loss.” This could mean terrorists launching a cyberattack against power grids, manufacturing facilities, or Wall Street. Fear of cyberterrorism likely ranks number two overall not because the risk of any single individual becoming a victim is great, but because of the uncertainty regarding the term and the wide range of potential ramifications.

Just as they dominate news headlines, privacy concerns dominate Americans’ fears. As of October 27, 2015, there have been 629 data breaches in 2015, exposing over 175,000,000 records. On top of the threat of data theft, there are fears about what both corporations and the government will do with the data they collect. A 2014 Pew Research Center study found that “91% of adults in the survey ‘agree’ or ‘strongly agree’ that consumers have lost control over how personal information is collected and used by companies.” In 2013, Edward Snowden’s release of top-secret government documents discussing surveillance programs brought the debate about privacy versus security to the minds of Americans. Though it’s arguably not a top issue anymore, it is still greatly affecting the global surveillance and cybersecurity environments.

Long-time elements of science fiction, robots are often portrayed as villains. Aside from initially being perhaps a bit demeaning, letting one do your job might not be all that bad. Darrell West recently released a paper and hosted a panel discussion outlining how the workforce might change due to increased automation. He gave several creative solutions to the ways society might adapt to a world with less work for humans, such as offering benefits outside of employment and having more time for creative and leisurely pursuits. There is still debate, however, about whether the increased presence of automation will ultimately create, maintain, or destroy jobs.

As far as artificial intelligence goes, those who fear it include Elon Musk, Steve Wozniak, and Stephen Hawking. This field is rapidly evolving, and has the potential to bring “unprecedented benefits to humanity.” It will be increasingly important for policymakers to take an active role in ensuring that robots and artificial intelligence evolve in a way that is only beneficial to humanity.

If the Pew Research Center Public’s Knowledge of Science and Technology (2013) and A Look at What the Public Knows and Does Not Know About Science (2015) studies are any indication, many Americans don’t understand basic scientific concepts. To these people, the modern world is made up of lots of “black boxes.” Some of these black boxes take pictures and send text messages to other people, while others hurl the occupants 70 miles an hour down a highway. Due to the fast progression and extended history, it would take an enormous effort to start from scratch and actually understand the science that goes into modern technology, let alone the technology itself. We place a lot of trust in technology, so it’s understandable to fear something that you can’t personally verify. If you want to assuage this fear a bit, start by learning how the internet works.

Most of the fears regarding technology likely stem from a fear of the unknown: not only do most of us not understand everything about technology, but also we generally assume the worst. We don’t know what future role robots or artificial intelligence will play in our society, but it is up to us to ensure that we use technology only for the betterment of humanity.

In the meantime, if you really want to scare your friends this Halloween, dress up as a cyberterrorist or a database of personal information. 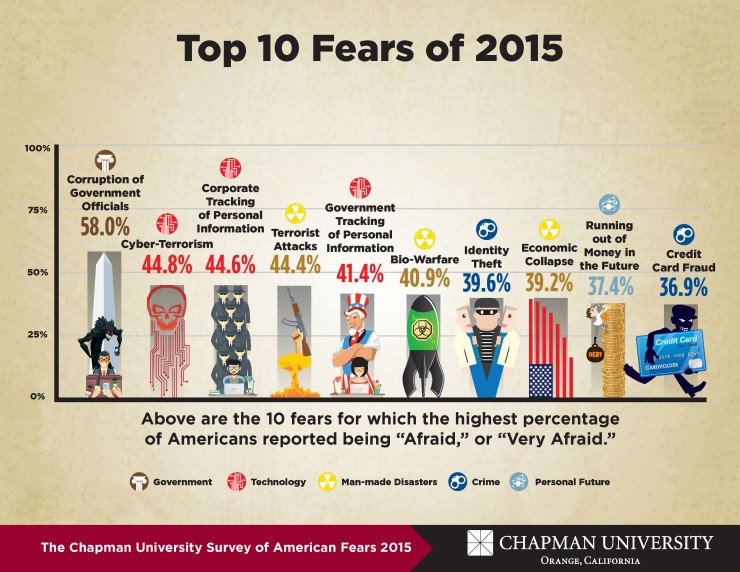 Three of the top five fears are related to technology. Image from Chapman University.

How Europe aims to achieve strategic autonomy for semiconductors

When the lawyers come for autonomous vehicles