Policy experts have long opined that healthcare spending in the U.S. is massively inefficient. Despite extremely high levels of healthcare spending the returns are terrible when compared with other western countries. Electronic exchange of medical records can help to mitigate some of that wasteful spending by reducing unnecessary or redundant procedures. In a new paper Niam Yaraghi presents his empirical analysis of doctors who used electronic health databases and finds substantively large positive impacts. 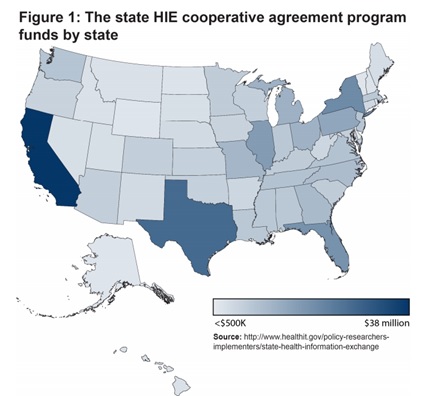 The Office of National Coordinator for Health IT has awarded slightly over half a billion dollars for states and others to establish electronic networks, which connect medical providers together and allow them to share their patients’ data with each other. Yaraghi points out that building these systems alone will not yield results in and of itself, rather their success depends on participation of medical providers. The greater the number of medical providers who use these systems the more valuable they become for other doctors and patients. Healthcare providers are reticent to use a system with few records; but conversely a system with many patient records is extremely valuable.

To bring the benefits of this technology to a nationwide scale will require a larger effort. In another paper Yaraghi argues that the current incentive structure discourages medical providers from exchanging patient data. New approaches and policies are necessary to ensure that Americans gain from the potential benefits of Information Technology in healthcare sector.