EHR adoption continues to rise after the passage of HITECH in 2009. By the time meaningful use incentives were available in 2011 about 10 percent more EDs and OPDs were using EHR systems. 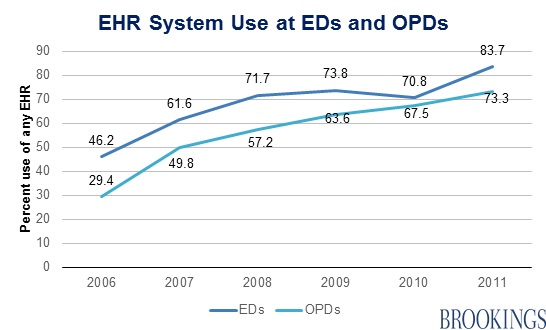 Diving into the details of which meaningful use objectives were met by EDs is revealing. The percent increases for each objective for EDs after 2009 vary considerably. The percent of EDs using EHRs for recording patient history and demographic information declined (-2.4 percent) from 2009 to 2011. There is a small increase of EDs using EHRs for providing warnings of drug interactions or contraindications (2.6 percent). 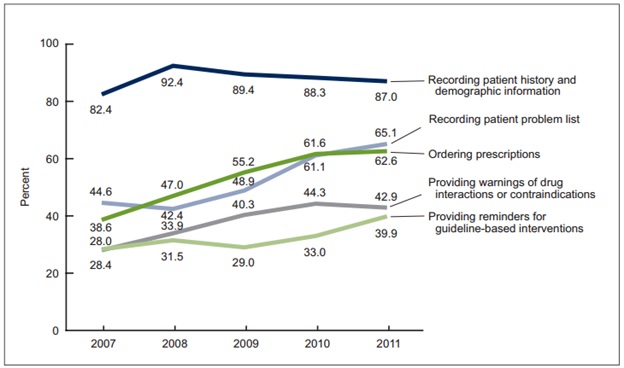 The adoption patterns for ODs differ in important ways from EDs. There are large increases in the reported use of EHR systems for each of the early HITECH objectives from 2009 to 2011. The percent of ODs using EHRs for recording patient problem lists increased by about 31 percent in the two years after the passage of HITECH. The magnitude of the change and increases in other objectives suggests that HITECH was able to successfully change record keeping at ODs. 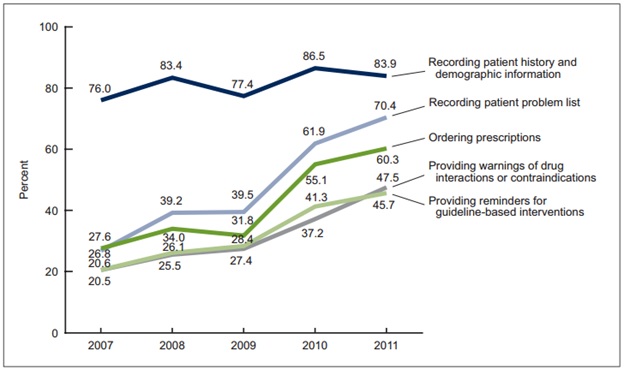