Low-income Latin Americans hold more positive views about the role of hard work and the presence of equal opportunity than the U.S. poor. In yesterday’s blog we showed how health, wealth, and education influence these beliefs.

But there is another factor at work too: age. There is a well-established U-shaped relation between age and life satisfaction, with the low point in the middle age years, and a steady increase thereafter (as long as respondents are reasonably healthy, not impoverished, and in a stable partnership). There are many plausible explanations for this, but one is that older individuals suffer fewer emotional swings and have more accumulated wisdom and appreciation for life than their younger counterparts.

We find that the U-shape age-wellbeing relationship exists in Latin America too: 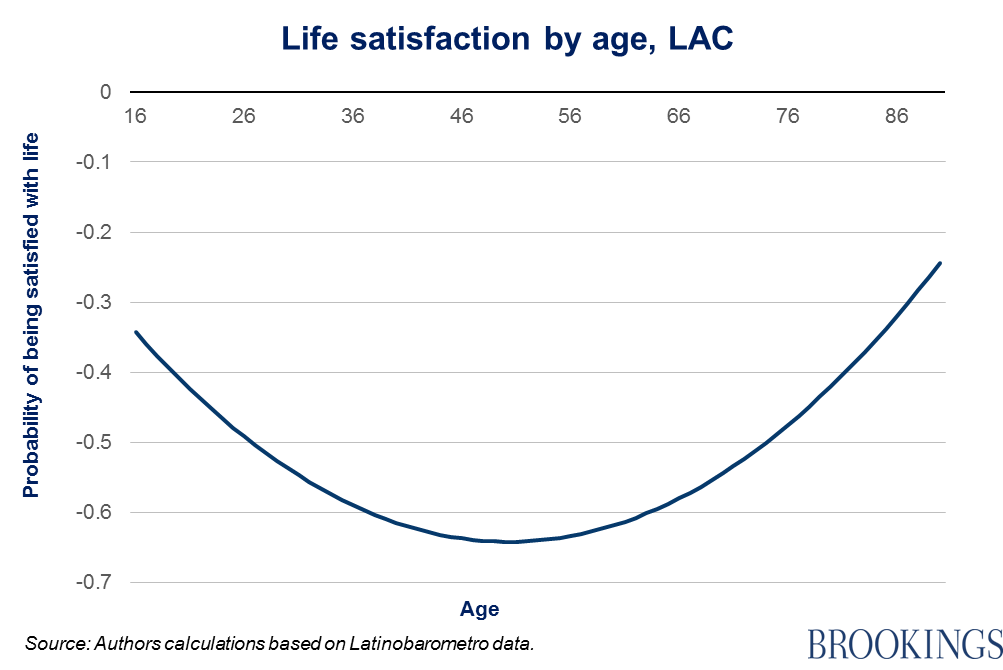 We find a similar U-shape relationship by age for beliefs in both hard work and equal opportunities in Latin America, although the upward turning point occurs in the mid-thirties, a bit earlier than the upswing for life satisfaction: 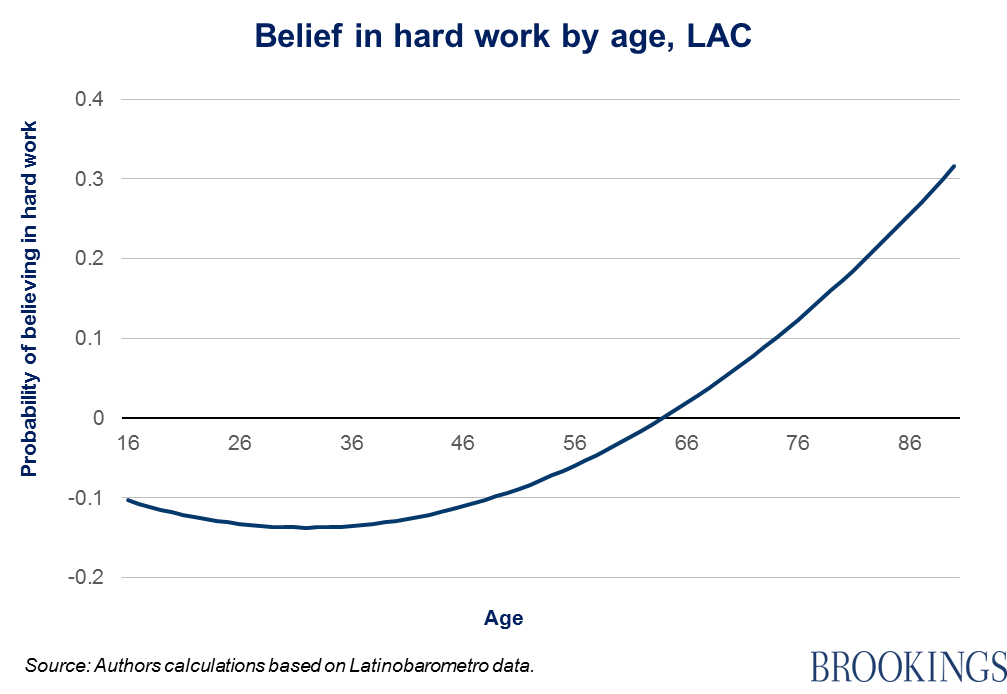 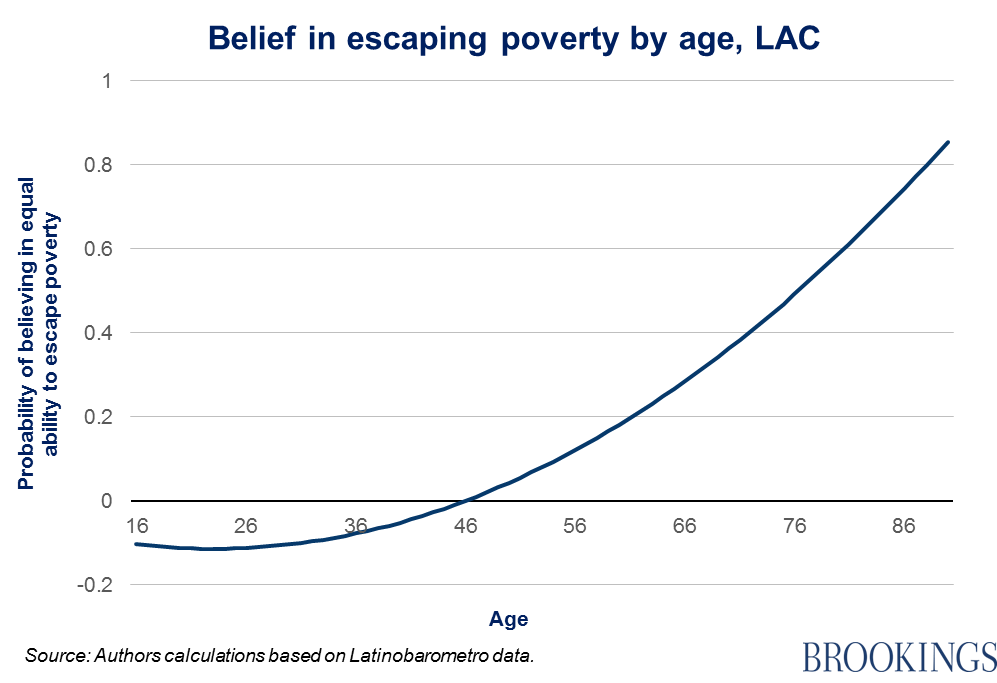 Working age and older respondents in Latin America have more faith than the young that the economic systems they live in will reward hard work and provide opportunities; hopefully they are more likely to invest in their own and their children’s futures as a result. These attitudes are also transmitted from parents to children: as we noted yesterday, parental education matters more for cultivating a belief in equal opportunity than parental wealth.

Objective factors—such as wealth, education, and location—are critical to social mobility. But so too are subjective beliefs. For a long time, the faith of Americans in individual effort and hard work anchored the strongly held—and equally shared—American Dream. But belief in that dream now varies a great deal between the rich and poor in the U.S., while most Latin Americans have become believers. This is likely to be one result of the tremendous progress many countries in the region have made in reducing poverty and achieving sustainable growth. This may be Latin America’s turn to live the dream. In the U.S., meanwhile, it may be slipping away.

Juliane Wiese is a recent graduate of Colgate University and was an intern in Brookings’ Global Economy and Development program.

Daniel Zovatto
Friday, May 22, 2015
Get daily updates from Brookings