“I’m a great believer in luck,” said Thomas Jefferson, adding: “and the harder I work, the more I have of it.” Jefferson’s insight, that we often create opportunities through our own agency, highlights an important relationship between belief and behavior.

Optimistic individuals are more likely to invest in their own futures. Typically, optimistic beliefs reflect realistic assessments. Wealthier and more educated people are more likely to assess their futures positively, and have good grounds for doing so. But accurate forecasting of life chances is not the whole story. Positive beliefs can also have an independent impact on outcomes, especially for those with fewer means.

Why are poor Latin Americans more fervent believers in the American Dream than their northern neighbors in the U.S.? We examine this question in more depth using a detailed survey of Latin American respondents, the Latinobarómetro, which contains questions on:

Life satisfaction rises consistently with wealth (expressed here as an index of owned assets ranging from indoor plumbing to computers to second homes): 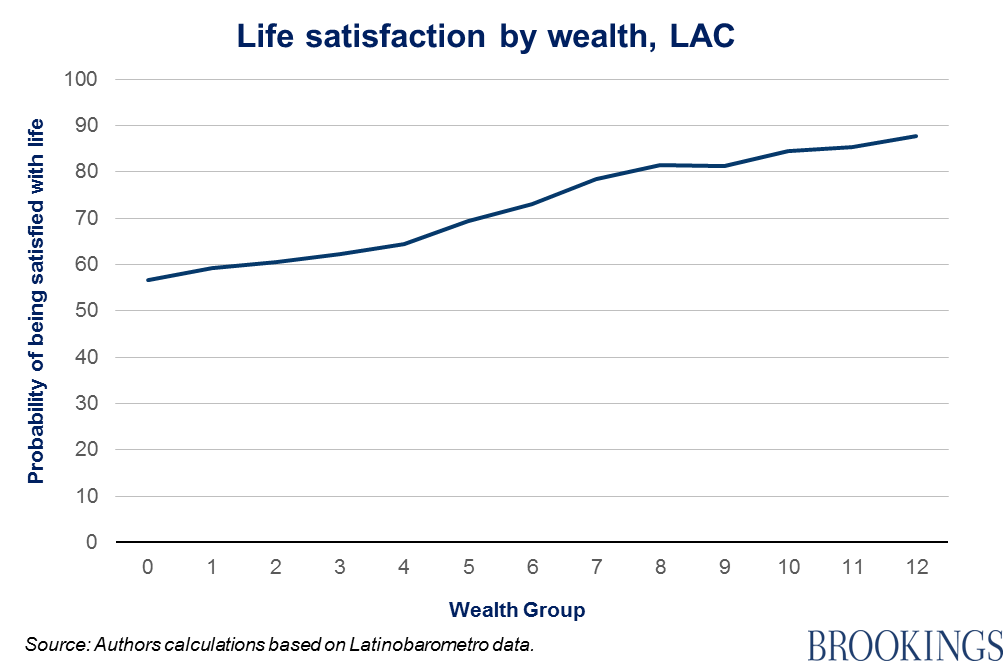 But the same relationship does not appear with regard to beliefs about hard work and equal opportunity.[1] In both instances, the poorest are as likely if not more likely than those in the middle of the distribution to hold these beliefs: 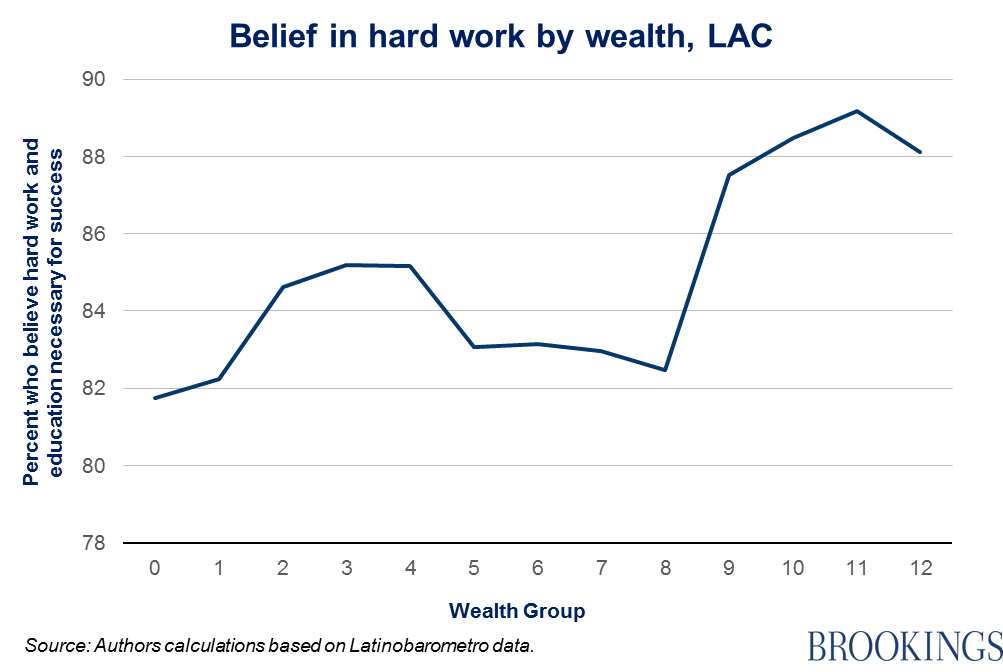 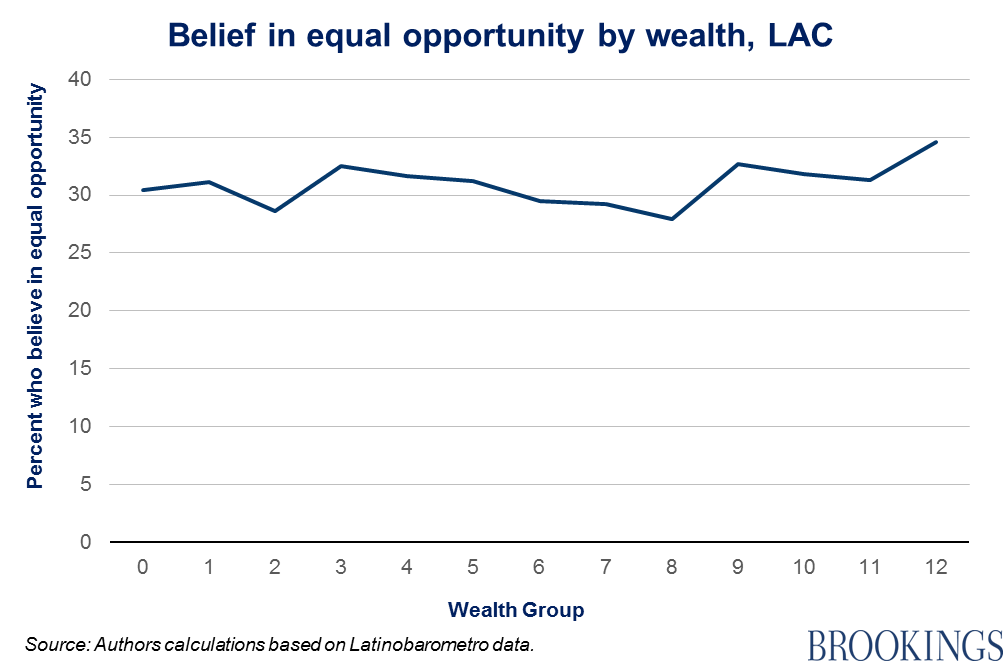 Using a multivariate regression framework, we attempt to tease out the key influences on beliefs in hard work and equal opportunity, with standard socio-economic and demographic controls, as well as for country-specific traits. We also include individual optimism about the future as an independent variable, and find that this is strongly correlated with more positive attitudes in general.

Controlling for optimism, we are able to explore which factors influence belief in the power of hard work. We find that wealth is correlated with hard work beliefs, but in a non-linear fashion, and does not matter at all for the very poorest. Interestingly, satisfaction with health is a very important influence. Perhaps surprisingly, neither respondents’ own education nor those of their parents seemed to have an influence, nor did employment status.

Wealth mattered even less—indeed not at all—to beliefs about equal opportunity. And while respondents’ own education again did not matter, parents having at least some education did, suggesting that more educated parents were more likely to instill these beliefs in their children. Again, health satisfaction mattered; employment did not.

In Latin America, beliefs that hard work will pay off or that poor people can escape poverty is not solely determined by where in the income distribution people are. These beliefs can be particularly important to those with fewer advantages to secure their futures. Age, however, also plays a role. We’ll turn to that tomorrow.

Juliane Wiese is a recent graduate of Colgate University and was an intern in Brookings’ Global Economy and Development program.

[1] We used wealth because there is no income data in Latinobarometro.