My father, a pediatrician at Johns Hopkins, published an article in 1974 entitled “The High Cost of Being Poor,” showing that poor urban Peruvians paid more for water and electricity than the rich. The poor paid roughly 15 times more per unit cost, even though the services were of much lower quality. Unlike the affluent, who had water and electricity piped into their homes, they had to buy their water from trucks, and often had to substitute candles and kerosene for electricity. Small wonder the lower-income children had worse health and poorer nutrition.

Today, those same urban slums where he (and later I) conducted research have water, electricity, paved streets, and a growing middle class population; infant malnutrition is virtually non-existent (if anything, obesity incidence is becoming a concern). But here in the United States, poverty is exacting a high cost—not in terms of water and power, but in terms of stress, unhappiness, and pain.

The Cost of American Poverty

Pain, worry, sadness, and anger (reported as experienced the day before or not) are also all significantly higher among low income cohorts than among wealthy ones, while reported satisfaction with life as a whole is significantly lower, according to our analysis of Gallup data: 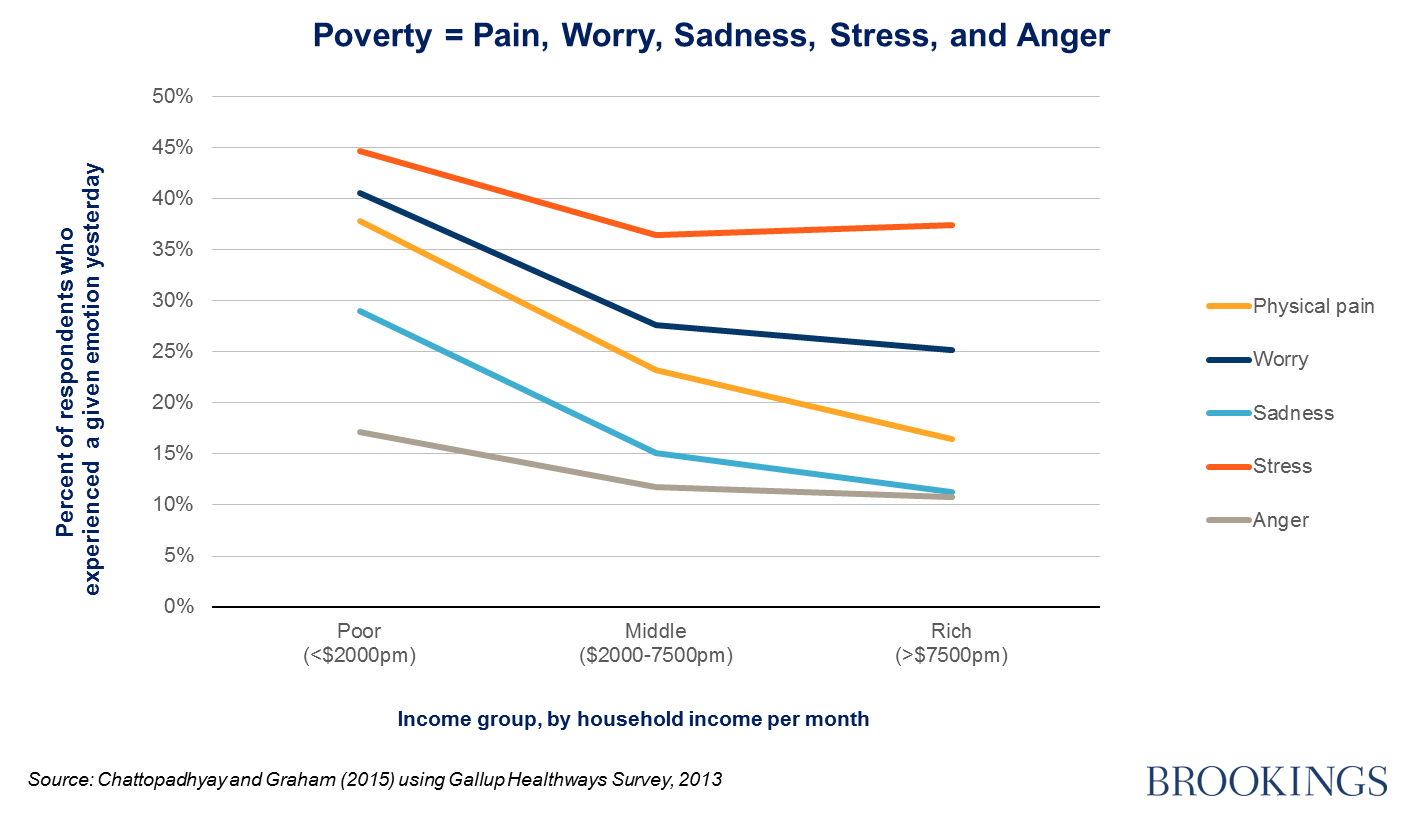 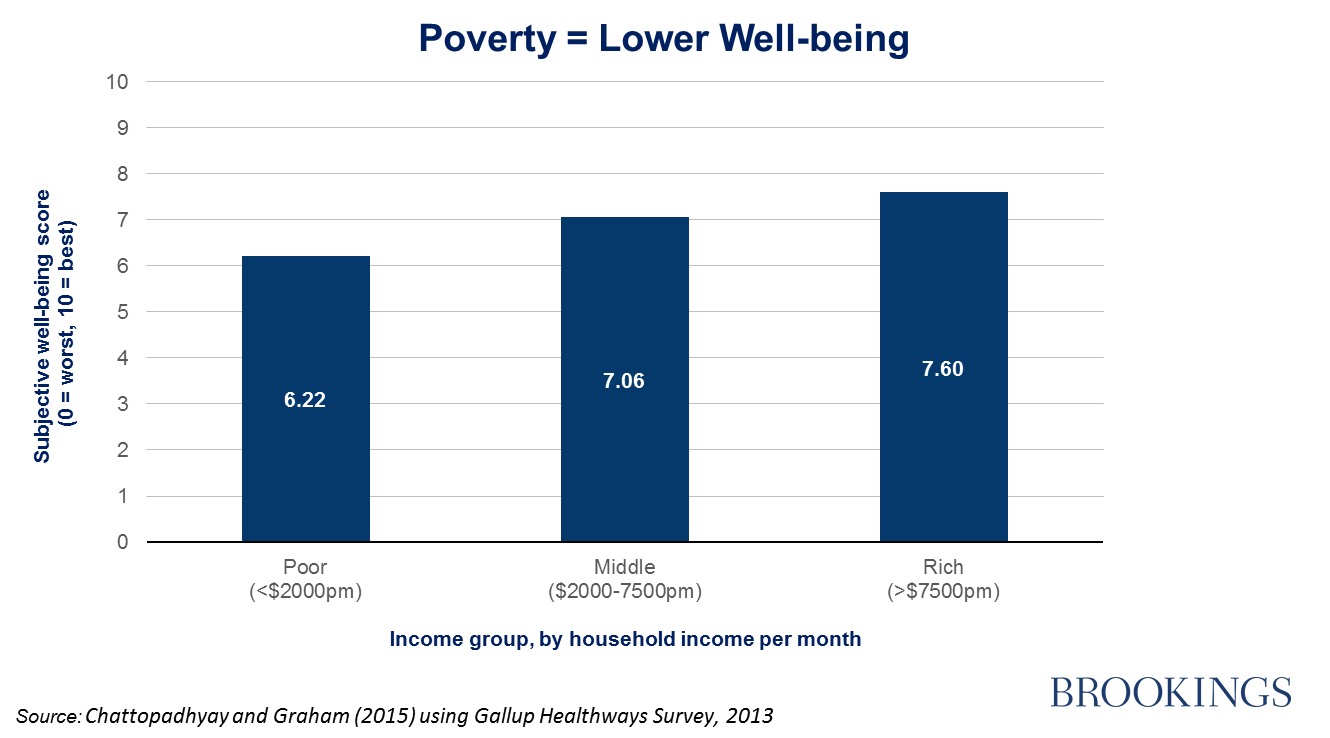 Note: The income group of less than $2000 per month coincides closely with the 2013 Federal Poverty Guideline Level for a four-member household.

There are also big differences in reports of chronic suffering across income groups, according to a recent study by Ronald Anderson. Those with incomes below the poverty line were twice as likely to report chronic pain and mental distress as those earning $75,000 or more, and three to five times more likely to have extreme pain or extreme distress.

The cost and pain of poverty in the U.S. less about basic goods like water and electricity than nonmaterial factors: insecurity, stress, lack of opportunity and discrimination. Many of our policies, such as decent quality education, health insurance or savings incentives can help individuals to move out of poverty; they can also help to reduce the costs of being poor.