What would Martin Luther King Jr. think of America in 2015 if he’d lived to see his eighty-sixth birthday? No doubt, he’d be pleased by the legal and political advances of black Americans, crowned by the election and re-election of President Obama.

But King would be disturbed by the stubborn race gaps that remain, especially in opportunity, tarnishing the idea of the American Dream. In terms of opportunity, there are still two Americas, divided by race. Five facts show how far we still have to go.

Upward mobility from the bottom of the income distribution is much less likely for black than white Americans: 51% of the black Americans born into the lowest fifth of the earnings distribution remain there at age 40: 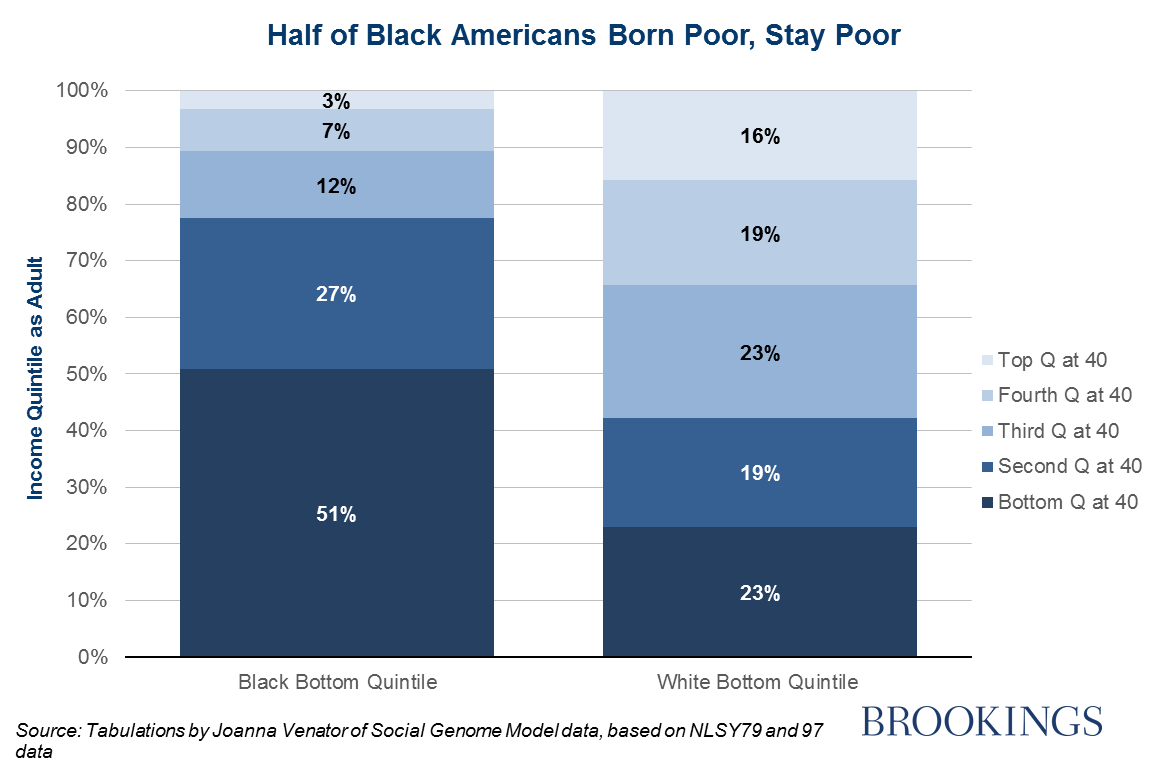 Downward intergenerational social mobility from the middle to the bottom is much more common among Black Americans. Seven out of ten black Americans born into the middle quintile fall into one of the two quintiles below as adults. In some ways, this is an even more depressing fact than the poor rates of upward mobility. Even black Americans who make it to the middle class are likely to see their kids fall down the ladder: 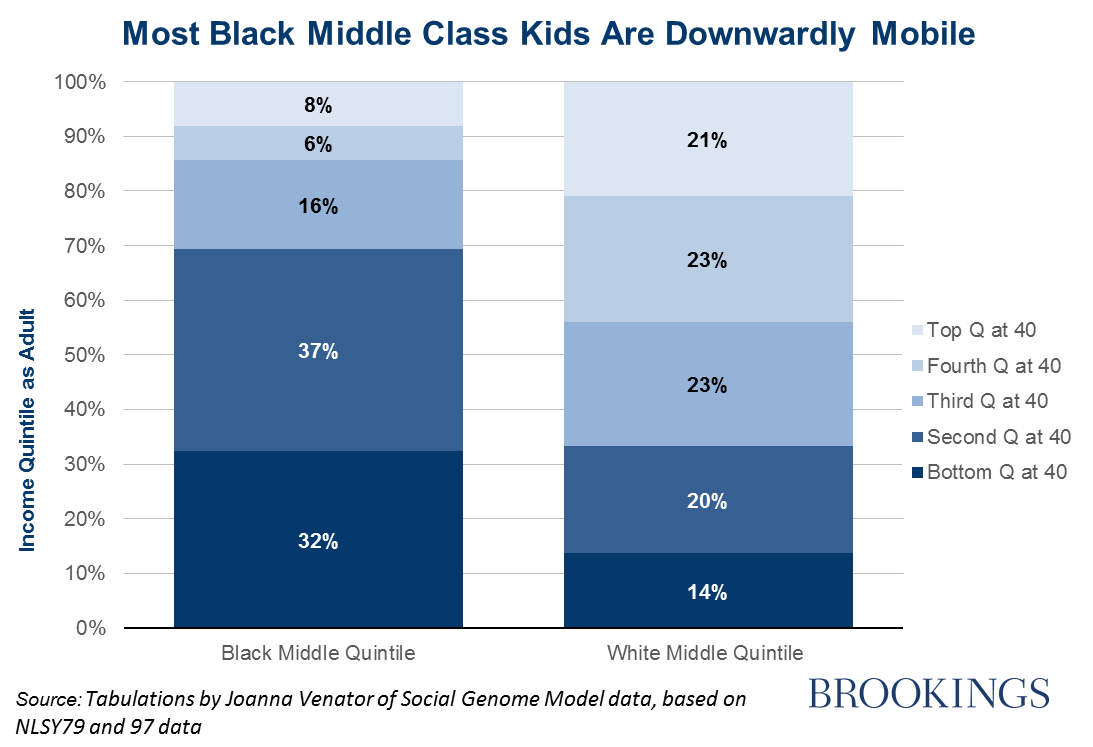 Race gaps in wealth – already wide – widened further during the Great Recession. The median wealth of white households is now 13 times greater than for black households –the largest gap in a quarter century, according to analysis by the Pew Research Center. Black median wealth almost halved during the recession, falling from $19,200 in 2007 to $11,000 in 2013: 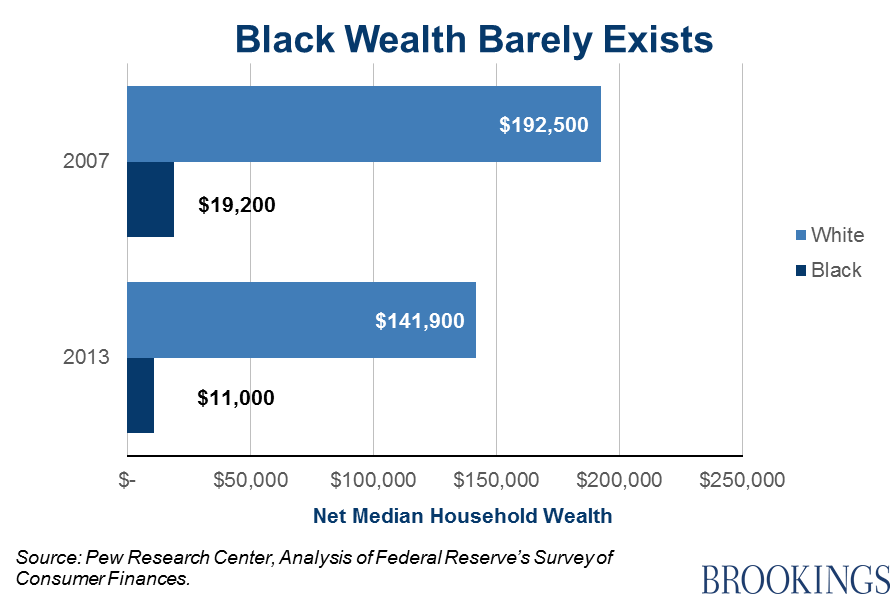 Black children are much more likely to be raised in a single-parent household, and as our own research suggests, family structure can play a large role in a child’s chance of success in all stages of life: 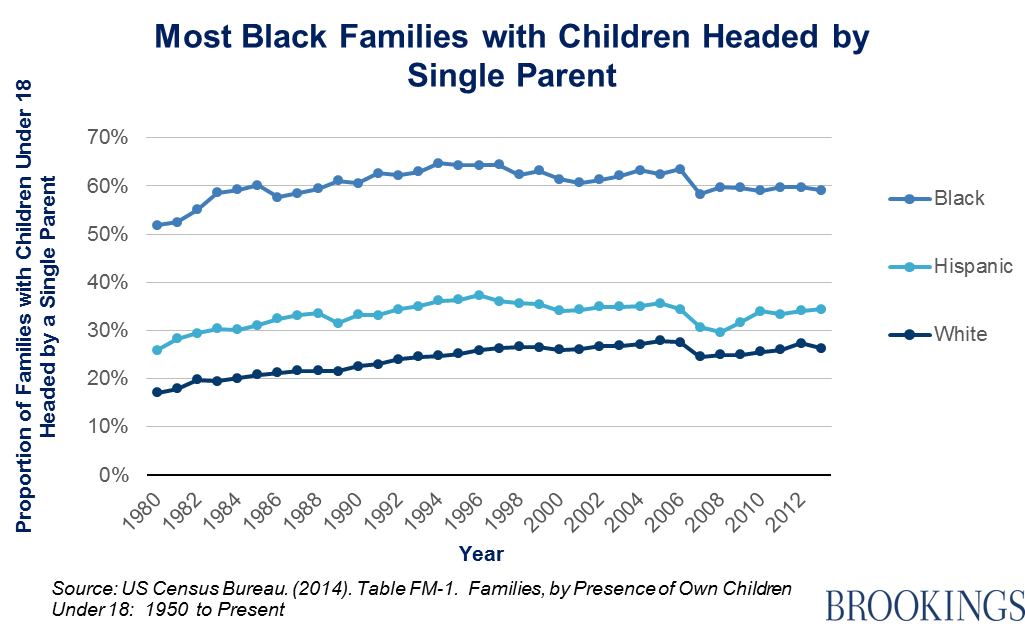 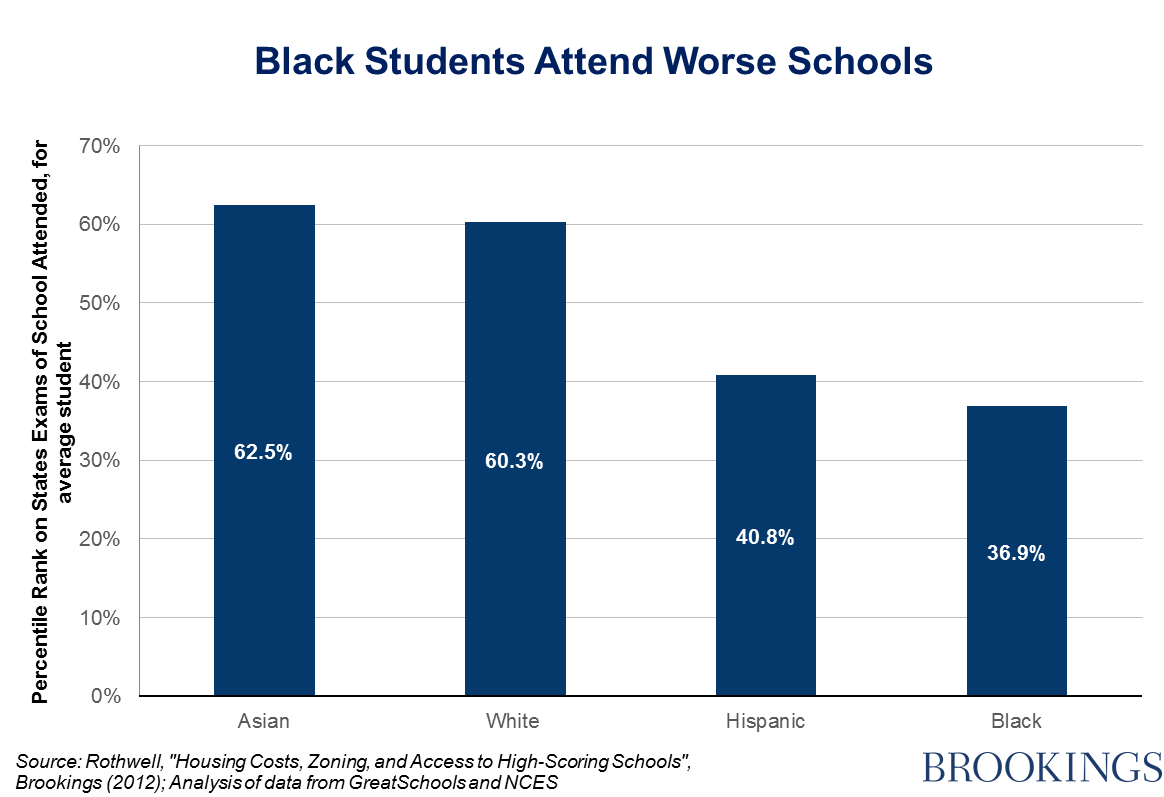 There are race gaps in almost every conceivable social and economic dimension, many of which we have discussed on these pages before: incarceration, early learning, parenting, schooling, attitudinal racism, employment – the list goes on. There has been progress, too, of course. But one thing is clear. An inescapable requirement for building an opportunity society is improving the life chances of black Americans.