In 2012, over one in five U.S. children lived in households that were food insecure, defined by the U.S. Department of Agriculture as “a household-level economic and social condition of limited access to food.” The definition is derived from a series of 18 questions in the Core Food Security Module that ask whether the household faced difficulties feeding adults and children over the past year because of lack of money.

As shown in Figure 1, food insecurity levels for children saw a substantial increase during the Great Recession and have not improved much since then. 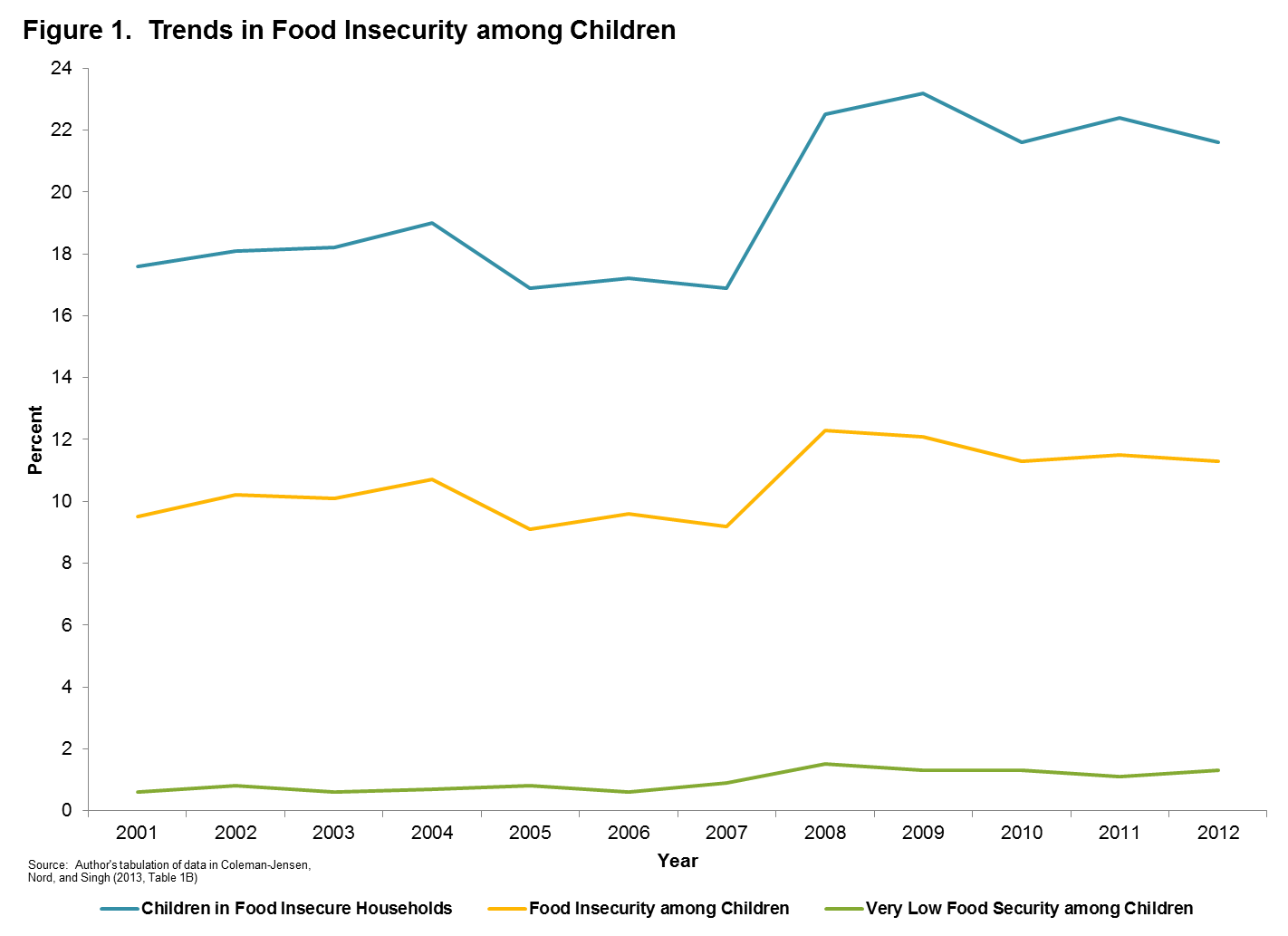 Some areas of the country face higher levels of food insecurity than others (figure 2). Insecurity is worse in the Mississippi Delta, Appalachia, the Rio Grande, and on American Indian reservations. 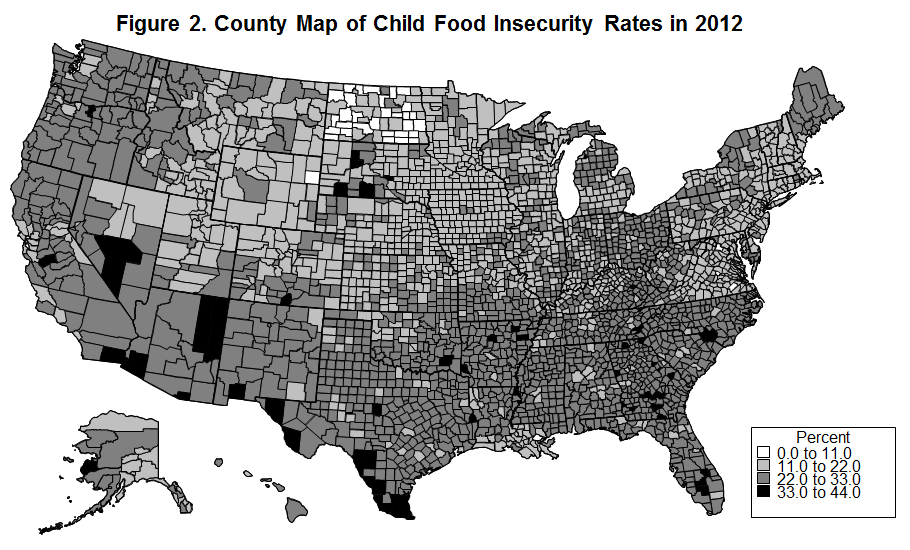 Who is Food Insecure?

Unsurprisingly, income and food security often go hand in hand (see Figure 3). Around 40 percent of children in households near or below poverty are in food insecure households. 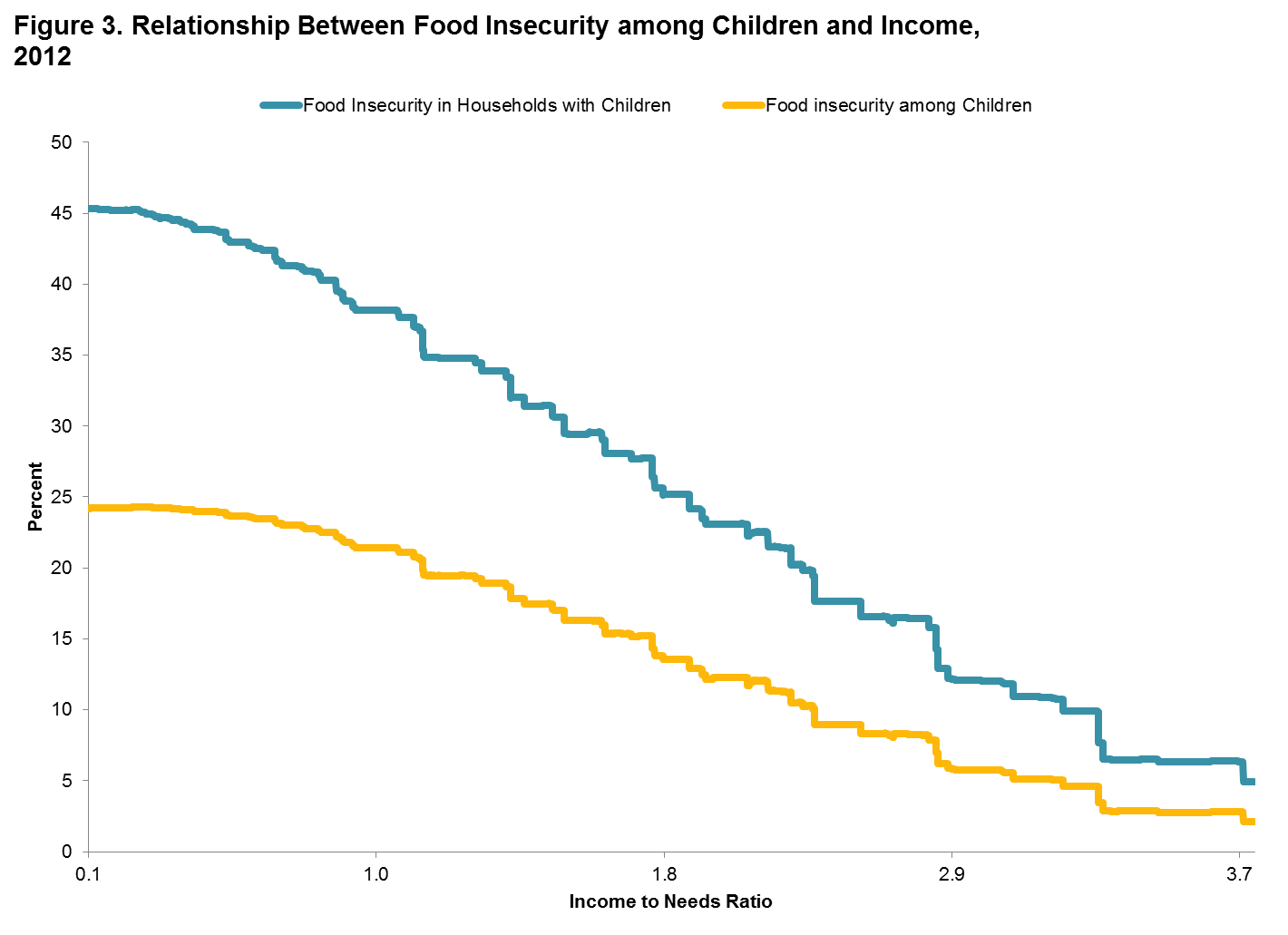 But even at incomes two or three times the federal poverty line, food insecurity is not uncommon, suggesting that income is only one factor contributing to food security. Our review of the literature suggests that there are five key factors that influence food security:

Food Policies for the 21st Century

Most studies of government food assistance programs, such as SNAP, suggest that participation in these programs lead to substantial reductions in food security. Unfortunately, the effectiveness of SNAP is limited, due to poor take-up rates in some areas and a formula for determining benefit levels that has not been updated in years. In our longer piece for Future of Children, we go into further detail on the role that government policy and programs can play in alleviating food insecurity. There are many open questions about the how food insecurity affects households, but given the high numbers of Americans living in food insecure households, it’s clear that we must continue to examine it critically to help policy makers and program administrators better address this significant policy challenge.